I wanted to go for a hybrid Alchemy/Swordsmanship build this time around. The Witcher Wiki says:

If talents are invested in more than one of these skills, the associated Adrenaline fueled abilities will be activated simultaneously.

My question is: as the skills are triggered by the same keystroke (X by default), I understand that I activate both of them when I press it. However, do adrenaline generation contributes to the same Adrenaline Bar or do those skills have separate bars, each fueled exclusively by its own generation method?

Just one single bar. So all skills provide adrenaline to the same bar. 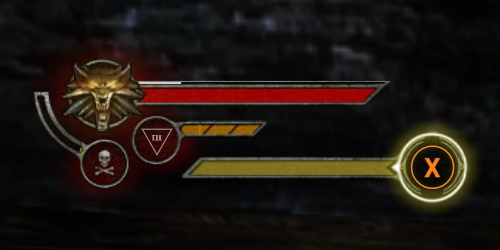 6
The witcher 2, how does adrenaline works?

14
I can't find the last Nekker Nest. Does anyone have their locations pinned on a map?
15
In what order do I have to extinguish the puzzle signs in the Gargoyle Contract quest?
5
Who do I have to play to beat everyone in Dice in Flotsam?
19
Which women have "romance" options in The Witcher 2?
5
How does adrenaline generation for the heliotrope sign work?
9
Do I have to start a new game for the Enhanced Edition?
2
Is the dialog you have with Serrit a lie?
6
Will Group Finisher Adrenaline Rush impede my other one?
6
The witcher 2, how does adrenaline works?