I often search for nice seeds on the internets but then I think I want a unique seed for my server and not one that is already in use by many other servers.

When I generate a new map with a random seed (leaving the field blank), the server builds a map prior to the version (I think it's 1.7) which does not contain MESA biome and generally the stuff added since 1.7.

My expectation is that a map created by the newest version of the server also contains the new stuff. Now I'm running the most recent server versions but still have old maps, although I just created them.

I have two questions:

I'm using the most recent spigot with only a little amount of plugins. When I put in a seed found on the internet, containing the new biomes, spigot / the server does not complain and happily generates the map with the new biomes.

Thanks for your answer. The suggested tool showed the missing biomes - I just didn't look far enough. 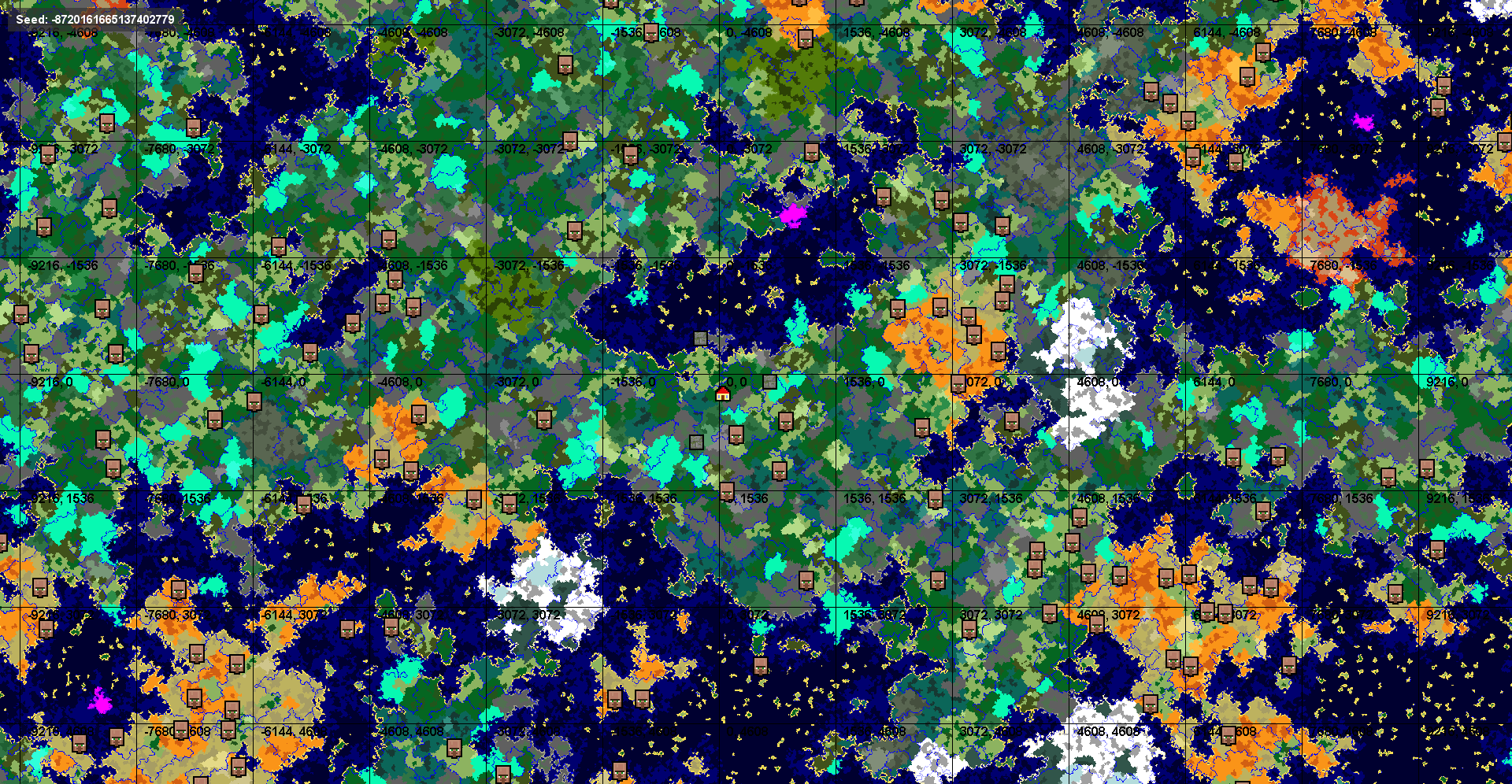 Your tests seem perfectly valid. If the game generates the biomes properly with seeds that have those biomes, then you're simply suffering from bad luck or you aren't looking around enough to know that your desired biomes are not available. They must be there somewhere, but some of the newer biomes are frustratingly rare or commonly distant from spawn.

As was mentioned in the comments, to more easily verify the convenient placement of a given biome in a given seed is to test it in AMIDST. That way you won't have to fly around in creative mode to tell what the biome layout will be.

22
Why does my character skin keep reverting to a naked girl?
3
Minecraft Bukkit Server - Map problem
0
How does biome generation work in 1.8 snapshots?
4
Agrarian skies - world seed
0
What is the newest version of Minecraft that still has Soul Sand features?
3
How can I automatically replenish custom terrain?
1
Minecraft region files corrupted
2
How do I update my Minecraft world without it recreating unexplored chunks to the new version?