Are there any command-line arguments for Origin?

Note: If this belongs better on SuperUser, StackOverflow, or some other exchange, please tell me and I'll move it.

I'm trying to control Origin via command line (mainly to launch specific games). However, I can't find anywhere what arguments it accepts! I've tried passing it -?, -help, etc. and it just launches Origin. I tried asking Origin support and they say:

We as it is not supported by us I would check in forums from other people who are doing things as you are.

Poor grammar aside, he makes it clear that I won't get this from official sources. So, does anyone know what arguments Origin accepts, if any?

Origin installs, just like Steam, an own protocol which you can use to run games.

This would launch the game "Wing Commander 3" if you have it installed. Unlike Steam, it would not bring up the installation dialogue, if it is not installed. To find out the product id, you would need to dig into the website code for each store page. I am not sure if this product id is the same for all countries like on Steam, but even there different AppID's for the same game do exist, such as low violence versions etc.

If you do not own the game you try to launch, you get a Window that tells you to activate the game via a product key. 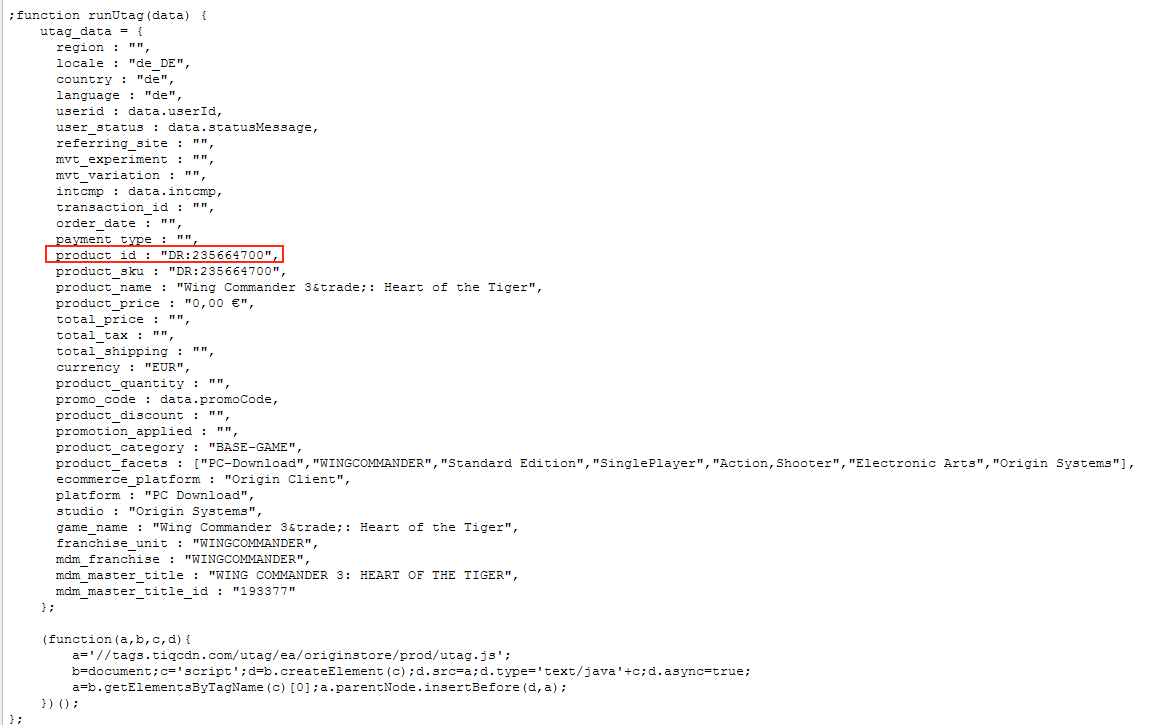 The highlighted ID is the one you are looking for. The store appends

to the URL as it would indicate that this can be used to download the game. But my tests with this have been unsuccessful so far.

It is a bit of a hassle to find the correct product code. Especially for games like Sim City, my tests have been unsuccessful. But in theory, you can use this to control your games without touching Origin. However, Origin comes to the front if you run any of these commands.

In Task manager, enable the column with "start command". Start a game with his shortcut while Origin isn't running and you'll see some interesting arguments.

16
Does Origin have any built in screenshot functionality?
10
Does Origin really delete games you haven't played for a while?
1
does origin re-download games for each account?
3
Where are the Origin settings on a Mac?
10
Is there any way to get notifications for 'On the House' games?
9
How do I purchase DLC for Bioware games? Through Origin or Bioware?
2
EA Origin Points use for dlc purchase
1
Season Pass from Origin for a Ubisoft Game