What do 'hitbox' and 'hurtbox' mean?

I've heard of hitboxes, then I heard of hurtboxes. They seem most relevant to fighting games. What do each of them mean and how do they differ?

In most games Hitboxes and Hurtboxes are the same thing. They both refer to the area on the entity in which you (or more specifically, your own hitbox/hurtbox) can come into contact with for selection (talk to, or to interact with), or dealing damage. When getting specific, the Hitbox is the area that you can interact with on another entity, and the Hurtbox is the area on an entity that when interacted with (generally as part of combat), causes the entity to take damage.

As an example, Minecraft hitboxes are indicated by the white wire-frames surrounding the mobs, and items. (The hitbox representation for the player is glitched in this image - caused by the 3rd person camera offset): 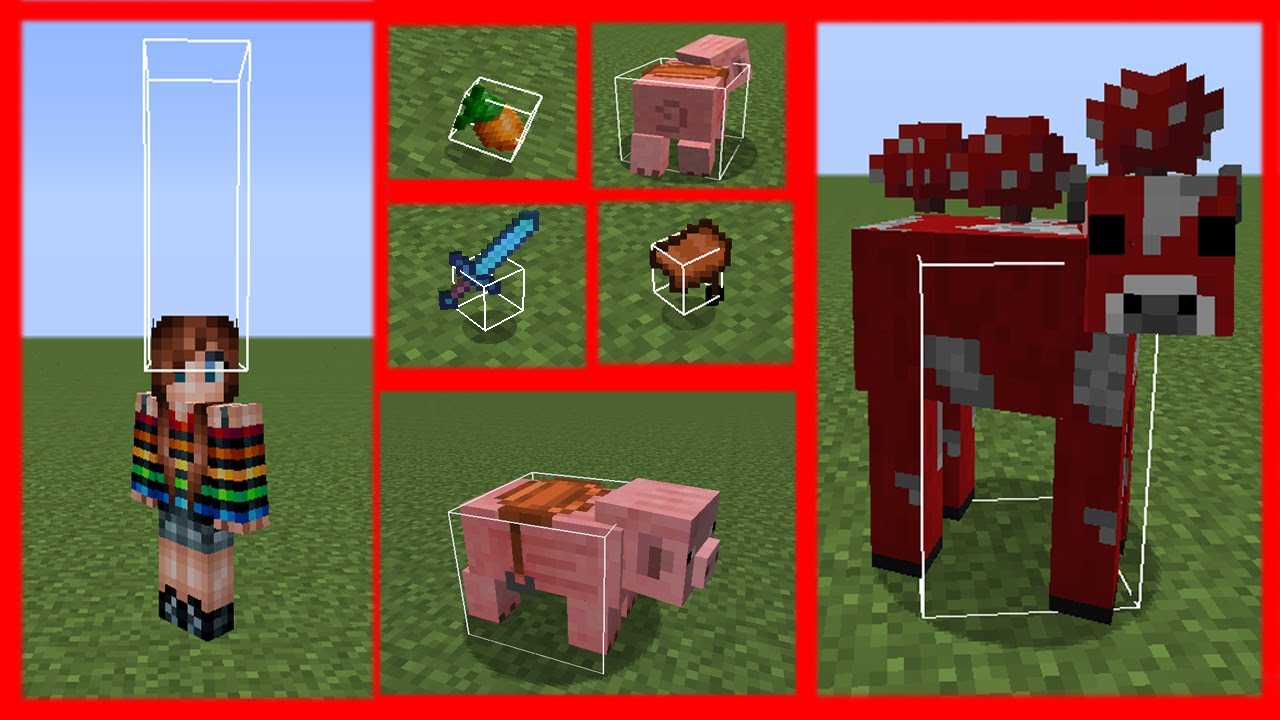 Technically, this is the same "area" that can also deal damage to you (when a player punches another player, or swings at them with a weapon), it is based on this same area. Depending on how you interact with another entity however, determines if you interact with the Hitbox, or the Hurtbox - anything the can receive damage from you with a left click will take damage if it hits, making it a Hurtbox. Otherwise, if you right click, it turns back into a Hitbox.

As you can see: interacting/swinging at the pig's head will yield nothing, as it is not within the bounds of the hitbox. 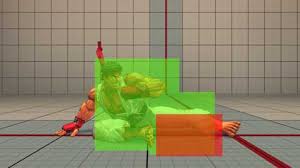 In addition to this, there are also some games that can have multiple versions of hitboxes on the same entity. For example, in games like CoD, the head has a different hitbox to the body, and limbs, as hitting an enemy in each specific area would do more or less damage (I.e. a "headshot" would do the most, body less, and the limbs would do the least amount of damage per "hit"). 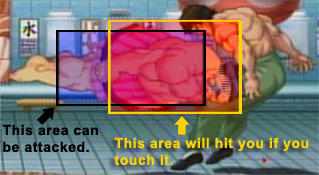 In this image, the blue box is the hurtbox, while the red is the hitbox.

In other genres, hitbox is often used to refer to both the area of an attack, and the outline of a character used in hit detection.

23
How can I reliably place C4 on my enemies?
21
How can I deal with Mythra's Photon Edge?
14
Is female Wii Fit Trainer's hurtbox still smaller than the male's?
4
Why does Link take so little damage from a Bomb Impact Launch (windbomb)

39
What does Metroidvania mean?
16
What does MOBA really mean and what characterizes games that belong to that genre?
9
What does P2W mean?
6
What does it mean to be + or - on block?
1
What does "Go to town" mean?
4
What does "shopping" mean?
38
What does the bracketed number mean in longplay titles?
34
What does AoS mean?