How is the Kolbjorn Barrow rune totems puzzle to-get-a-helmet supposed to be solved? 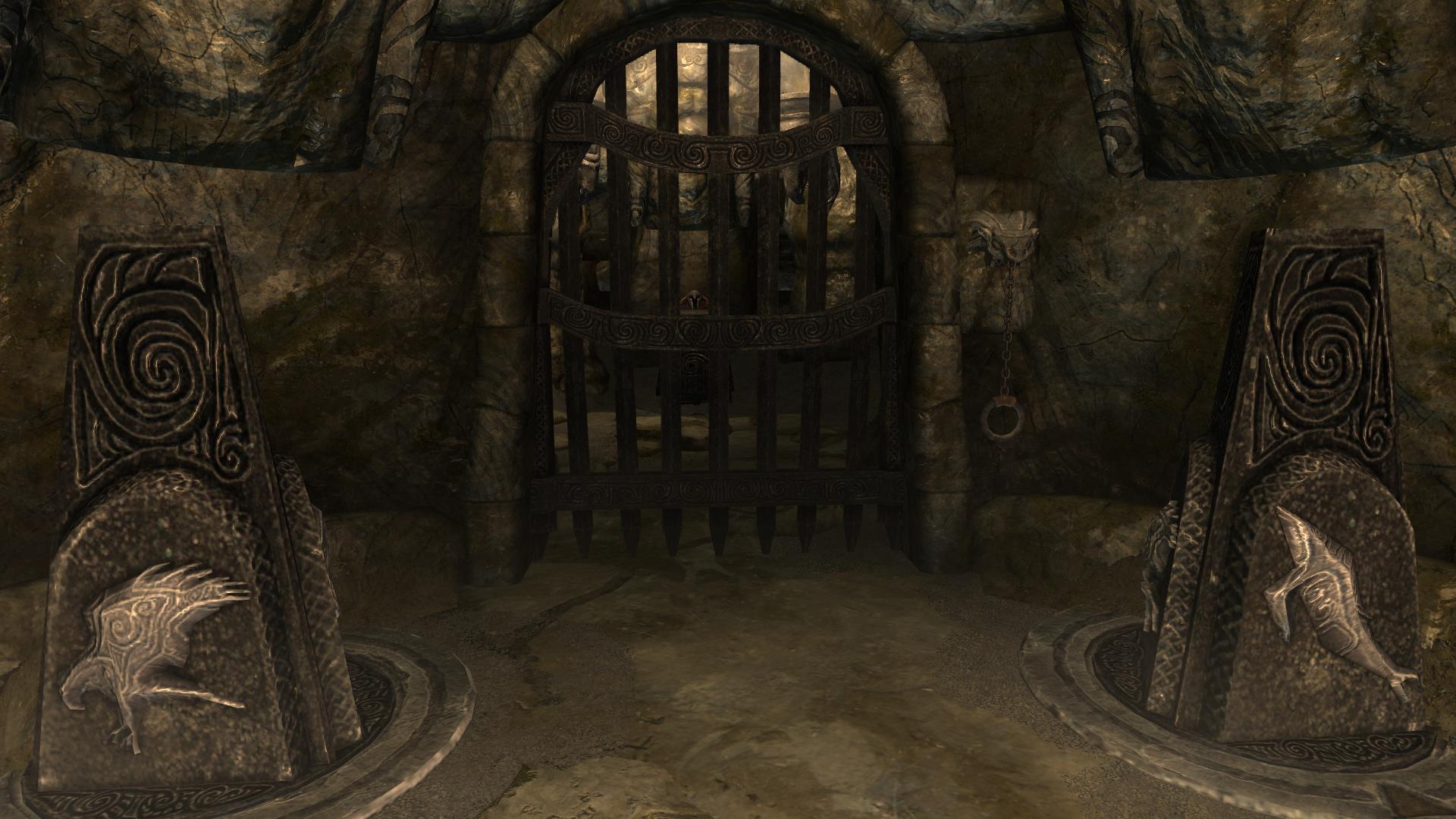 In Kolbjorn Barrow, there is a portcullis through which can be seen a helmet atop a plinth. In front of this gate are two animal rune totems and a pullable chain. I haven't played the game in a while and didn't see any hints nearby, so I resorted to searching for an answer on the World Wide Web. Unfortunately, I was told the correct code and not how it was supposed to be solved. Where are the hints?

Please answer with spoiler blocks ascending from vague and general to specific.
Sorry for the title length.

The correct sequence is implied by the two previous sequences. In the chamber containing Ahzidal's Armor of Retribution there is a dual-function rune totem puzzle.

The first sequence, required to open the portcullis to allow you to retrieve the armour, is found by:

Pulling the chains on each side of the chamber to activate a spinning doorway that reveals the correct runes - which happen to both be the same rune (which we'll call Rune 1).

The second sequence, required to open both the door that locks behind you once you enter the chamber and the grate in the floor, allowing access to the level below and the third totem puzzle:

Is in plain sight. The two required runes are shown on the wall opposite the totems and the lever. Again, the correct sequence is two of the same rune (which we'll call Rune 2).

Given that each rune totem only has three different runes available, and the pattern that the previous rune puzzles followed, the third sequence required to retrieve Ahzidal's Helm of Vision must be:

Both rune totems set to the same symbol, Rune 3.

So, to be more specific, explicitly naming the runes in each sequence:

The first sequence, allowing the retrieval of the Armor is Whale, Whale. The second sequence, opening the grate and allowing you to continue is Eagle, Eagle. The third and final sequence is therefore Snake, Snake

Jon may be right, though it seems a bit tenuous to me:

Yes, we've learned that totems come in pairs here, but you're still having to guess that it's the other set.

A second, equally tenuous, idea: if you look through the portcullis at the helmet you'll see a large head 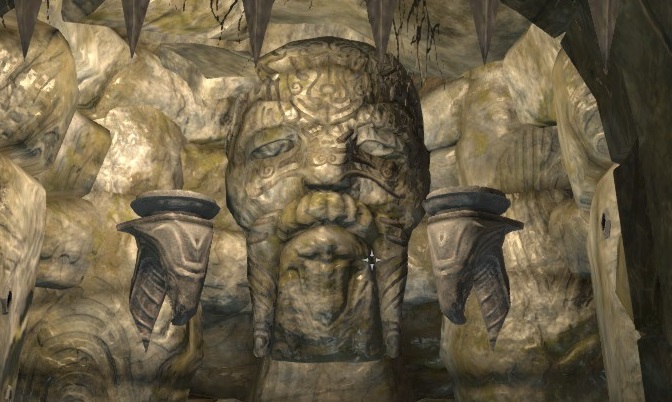 flanked by two snake-like heads. Of course they're probably dragon heads not snakes, but it's the most snake-like thing I could see around.

33
How am I supposed to kill the frost troll?
8
How to get the HD Texture pack?
2
Is the dragon priest in Ironbind Barrow supposed to have no mask?
9
How do I get the Notched Pickaxe?
5
How to get the Paralysis spell?
4
Can I get the Dragonstone from Bleak Falls Barrow in Skyrim without directly killing the Draugr Overlord?
2
Why I am not seeing the coral dragon claw on the pedestal after the puzzle in Yngol Barrow?
2
How do you extinguish the braziers [lever puzzle] in High Gate Ruins?