I encountered a strange crash on closing Civilization V. Usually the game closes fine, but on occasion the crash presents as follows:

I did find a workaround and will post as an answer, as I think this issue could potentially affect other DirectX games. For Civ5 specifically, I did come across a compilation thread for troubleshooting other types of crashes.

To verify symptoms, I used BlueScreenView, a visualizer for windows dump files. After running it and selecting Options->Lower Pane Mode->Blue Screen in XP Style, my crash dump looks like this: 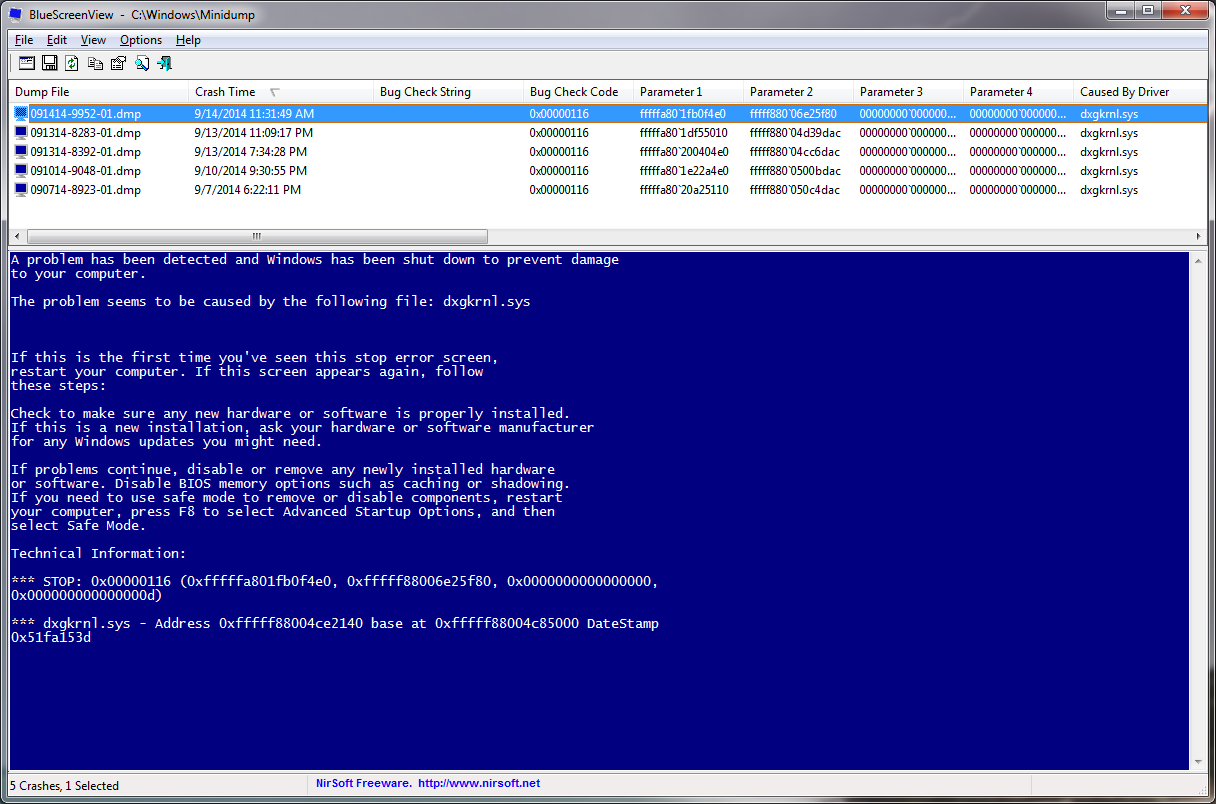 The error suggests it's a DirectX crash, but it is not enough to update graphics drivers or confirm that DirectX is up to date. The breakthrough moment came for me when I found this Windows this Windows post explaining the error. The important part is:

Andre.Ziegler replied on July 12, 2010
Bug Check 0x116: VIDEO_TDR_ERROR This indicates that an attempt to reset the display driver and recover from a timeout [failure]

And then I remembered that during those occasional crashes, I had walked away from the game. My monitor was set to turn off after 10 minutes, though when I came back the game seemed fine and I continued to play without issues. Later when I exited, the crash occurred.

My workaround is to use a script to set the timeout to "Never" (can also be manually done through Control Panel->Power Options->Turn off the display->Never), and when the game finished, to set it back to 10 minutes:

Not the answer you're looking for? Browse other questions tagged civilization-5 technical-issues or ask your own question.

4
Sims 2 gives blue screen of death while playing on windows 7
26
Flashing blue “error” - is this part of the game, or a fault?
9
Why does the military adviser stop giving me advice midway through a game?
5
Screen Tints Blue when playing Team Fortress 2 on OSX
1
How Can I Stop Game From Stopping After 3 or 4 Social Policies?
1
Why does my sound keep playing after I close the game?
2
Doom blue screen of death (BSOD)
0
Titanfall 2/Apex Legends Stop Refreshing Screen After Clicking Out of it