How does Min Pressure affect chutes in Kerbal Space Program?

I like to set my chutes to deploy at 50 meters because I don't have time to hang around (pun - get it?). But I've crashed several ships after accidentally changing the min pressure as well. 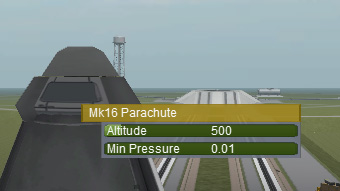 How does Min Pressure work?

And does it effect the way the Altitude parameter functions?

Reminder: All statements made are based on the KSP version 0.24.2 (current release at time of writing). As KSP 1.0 introduced a new system modeling aerodynamics and drag, the following claims should be taken with a pinch of salt.

MBreadley's comment pretty much sums it up: min pressure is minimum to deploy the chute at all, critical for celestial bodies with thin atmosphere. Altitude is for full deploy mode. As landing velocity depends on many factors such as the atmosphere of the celestial body and the elevation of the landing zone (mountains!) you could use the the Parachute Calculator to get the amount of chutes needed for "normal landing".

My rule of thumb: Using this knowledge set the min pressure to the pressure at least 1000m above landing zone elevation and the altitude parameter to at least 200m above landing zone elevation. Add about 50% more chutes than normally required. I also add another level of landing Struts hanging a bit deeper. They usually get destroyed and further reduce the impact. First chute to fire is a drogue, then I fire stages of 2 chutes shortly after another to not disintegrate the lander. If you want a challenge, use less chutes and more Sepatrons to slow down.

Example: To deploy chutes on Duna, you need to set min pressure to less than 0.2 atm. Setting them to their max of 0.5 wouldn't trigger deployment, even if altitude is set to 5000m. 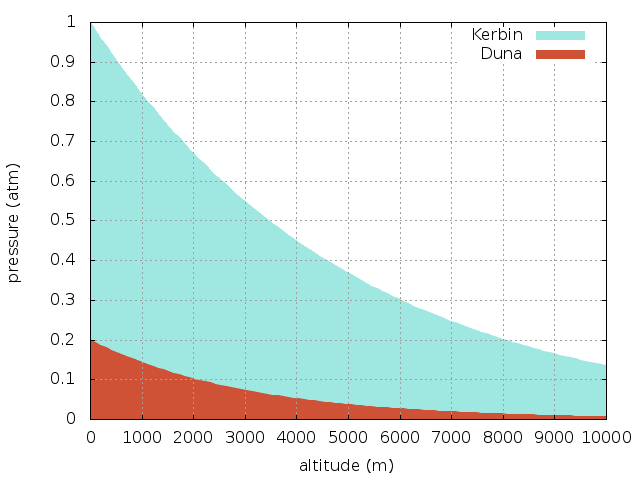 Duna is currently the only celestial body with an atmosphere and an atmospheric pressure of less than the magic 0.5atm which is max for the chutes. So you can mistakenly lithobrake, even if you activated the chutes.

Eve on the other hand has such a thick atmosphere, that your chutes will deploy high over the ground even with the max pressure setting. If you want to speed up you landing, you should activate them short before touching the ground. 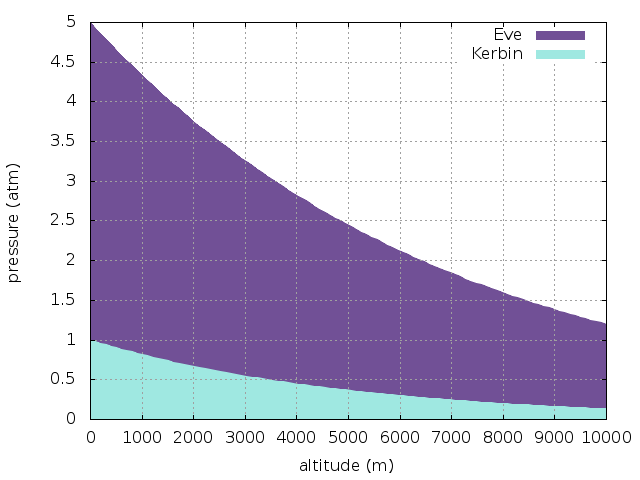