How can I avoid mass amounts of contraband in prison?

I had a pretty dangerous rating in my prison (the bar at the top) and constant beat ups and small scale riots. So I decided to do a shakedown.

Which resulted in this: 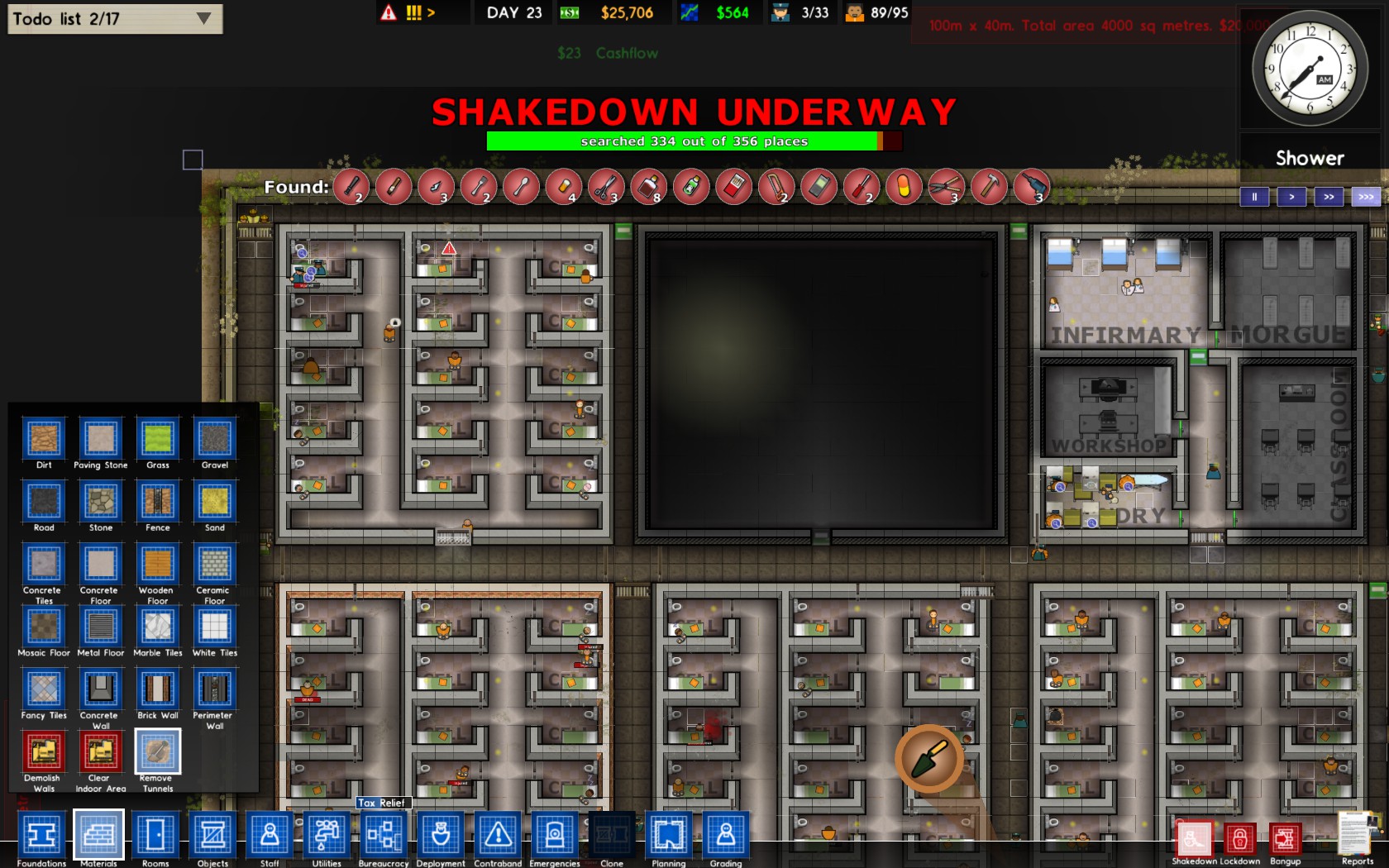 But this was just the beginning. 3 more shakedowns in a short time frame had similar results. What do I have to do to avoid this? Where/how do my inmates get all those illegal items?

There are two ways to automatically detect contraband on prisoners:

Putting metal detectors at the exits to the to the dining room and workshop, dogs outside the visitation room and keeping rooms that prisoners shouldn't have access to in staff only areas will allow you to find most of the contraband.

You can also detect contraband through the use of Informants. Prisoners who are receiving extremely harsh punishments (those in solitary for rioting for example) can be recruited as informants and will spy on other inmates for you. This will tell you which inmates have contraband. Bear in mind, however, that if an informant is discovered, his life will be in danger.