How can I achieve a “formation move” in StarCraft 2?

In the first picture, the three selected units (Ultralisks) have been given a movement order to a point, and are converging on that point. In the second, the three units in motion (Overlords) are moving to roughly the designated point, but are staying in the formation they were in. 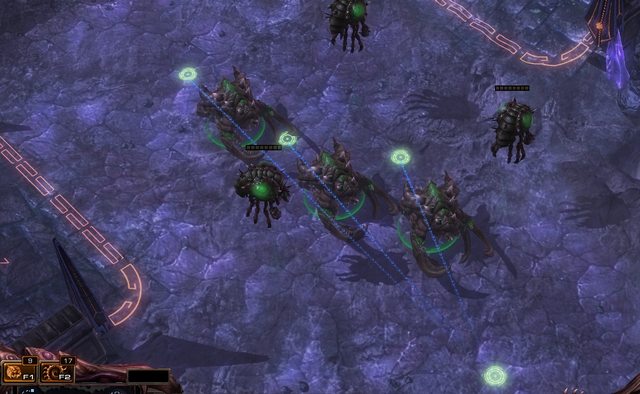 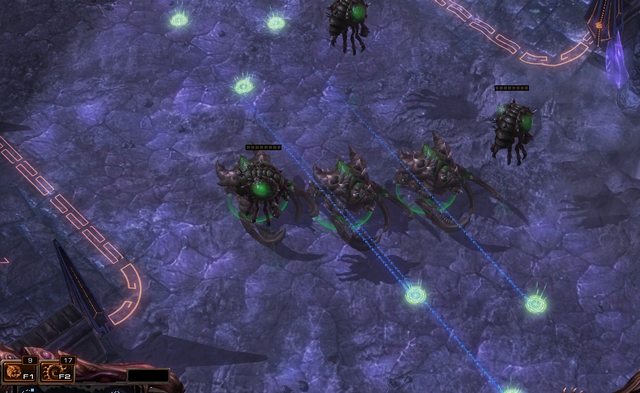 The orders given here were actually patrol orders, just so they showed up in the screenshots.

I want to be able to reliably achieve the second outcome, movement in formation. However, the game chooses between the two movement types seemingly at random, making it rather difficult. How can I reliably move units in formation?