What's the point of the Dispatch skill?

In Shadow of Mordor you can use the Brand skill to force Uruk to fight on your side.

There also is another skill you can unlock after Brand named Dispatch:

Dispatch:
Press [k] to kill all branded Uruks and monsters.

Not only are they not attacking you when branded, they also fight your enemies for you. Why would you ever want to kill them, let alone waste a skill point for this?

I am sure there is a reasonable case of application here that I am missing.

Well at first it doesn't make much sense to have that skill BUT there are applications.

For example if you want to use uruk captains to help you throw down a warchief but then you don't have much use for them, because outside of that fight they are just gonna wonder the map. They aren't gonna be at your side all the time. So you can brand them, kill warchief and then dispatch them all.

I can think of rune farming maybe. I've seen many people do it. You brand an Uruk or Warchief, then you level up your branded uruks and then BAM DISPATCH you have yourself some runes.

These are applications I've seen and could think of for dispatch. Because I don't think Monolith would just let that skill go through if it didn't make sense in the game.

I just want to add that the skill only kills uruks near you. If you have a branded Warchief on the other side of the map it won't kill him!

There seems to be missions and achievements that Require Dispatch or Dispatch is useful in.

one example the No Power in Numbers Achievement/Trophy where the dispatch is really useful to complete it.

And the Sword Legend Missions in the mission: Power of the One ->

and Main Objective: Make 10 Uruks kill each other by branding them, Eliminate all Branded Uruks.

An image as reference: 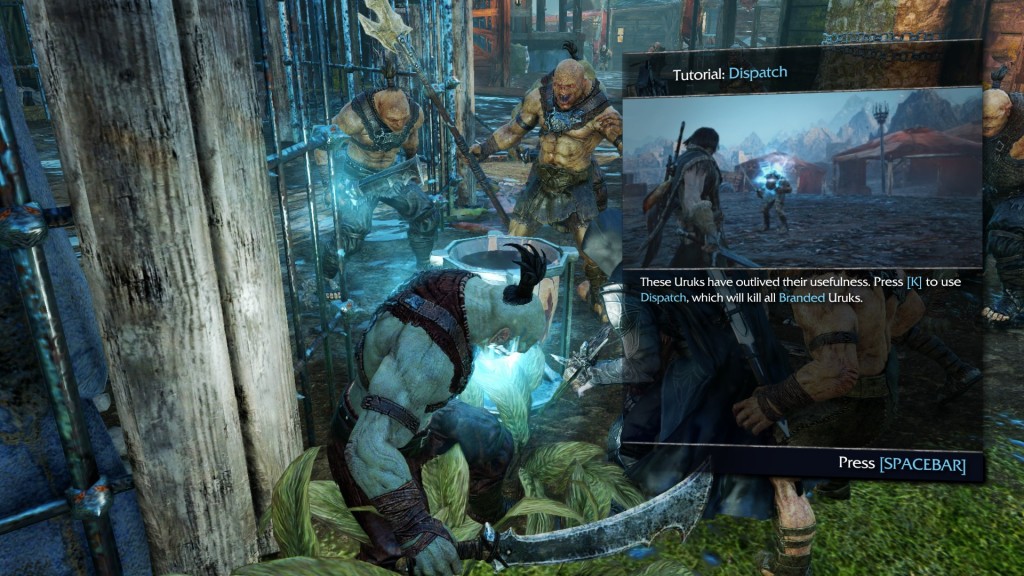 So as you can see the dispatch is useful in bringing all of the down with style and quickly.

Very late but just in case anyone still ever wants to know, it regains focus. That means arrow, slowing down time, shadow strikes etc. It also can provide a non-practical kind of enjoyment to the game. I like going into battle branding a few guys to help fight and then execute them when it's over. I never brand captains or warchiefs because I like the enjoyment of killing them but if I did, this would make it easier to kill them. So obviously a strategy could be to brand guys in a fight with combat brand (A+B on Xbox) and kill them to regain focus and pick of a few remaining guys with arrows. Hope this helps someone.

Another reason no one has mentioned yet it using it to frighten groups of Uruk.

If you have unlocked the tier 3 Wraith ability Wraith Blast (On the 360 it's apparently called Wraith Finisher) it makes it so when you press K (or otherwise drain or flurry kill an Uruk) their head explodes and nearby Uruk are stunned for a duration dependent on the current Hit Counter Number:

the size and strength of the stun distance depends on the current Hit Counter (weak at 0x-14x, stronger at 15x-29x, and strongest at 30x hit counter and up).

Branding a large quantity of Uruk would seem to work as a multiplier to this effect since multiple heads are exploding at once; however, I don't know if the game handles them in such a way that the stun is redundant, stacks, etc. That would definitely take a lot of testing, but it certainly does stun Uruk when used.

Not the answer you're looking for? Browse other questions tagged middle-earth-shadow-of-mordor .

8
How to kill 20 Uruks in 2 minutes?
3
What does the skull icon with the red waves on the Sauron's Army screen mean?
9
What are all the rune bonuses?
9
Does avenging the death of a friend kill the general in his game too?
8
How can I skip the intro videos?
5
How long do followers stay branded in SoM?
4
Accidentally killed one of the warchiefs in The Bright Lord DLC (Uruk promotions are disabled delibaretly by the developers in that DLC)