Why did West Francia fall apart?

In my first game with the Charlemagne DLC (starting 769) King Charles Karling the Great created a pretty big realm. But then suddenly, in 791, many of his vassals, including the duchies of Brunswick, Saxony, Thüringia, Franconia and Burgundy, became independent: 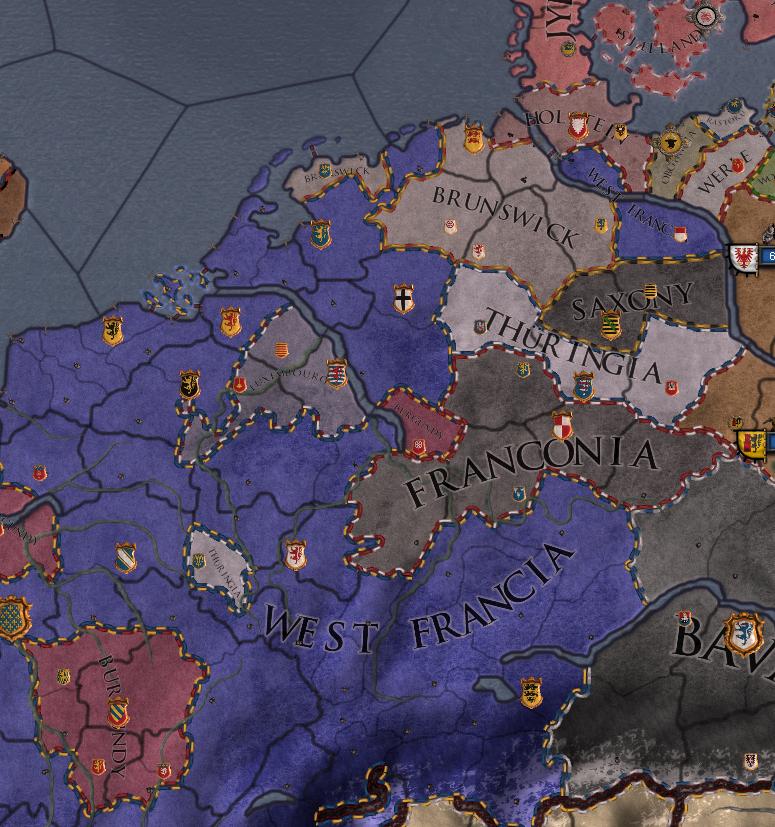 I didn't see any independence revolt and I'm also not aware of any other mechanic that could have caused this.

So, what happened? Is this something specific to Charlemagne, the character? Is there something I could do to investigate this further?

This was almost certainly an independence faction.

When an independence faction reaches a sufficient size, it will present an ultimatum to its ruler. The ruler has a choice- give in to those demands, or refuse and almost certainly end up at war with that entire faction (with the faction members becoming independent if they win).

A large independence faction could potentially have a large enough army (especially if Charles's own army was depleted) that it could outnumber Charles enough that he chose not to fight. In this case, you aren't informed.

20
A vassal declares war on my heir. What to do?
3
Why did I lose all my piety upon death?
11
Why did I lose?
5
Why did HRE set up an anti pope when the pope is already a vassal?
4
Exceeding the Duchy limit, Kingdom Titles and when to create or not create titles?
4
How would an empire be split into an empire, a kingdom and two duchies under Elective Gavelkind?
2
How can one deal with tribal, pagan vassals
6
Why did I lose the game?
1
How can I steal a duchy under my liege?