Who was the traitor that sold out Old Hoxton?

Throughout the mission "Hoxton Breakout", Old Hoxton keeps saying lines like "I know who fucking sold me out", "There's a traitor already deep within our group". Does he ever reveal who the traitor is? I haven't completed Second Day yet because it's so hard.

As of the release of today's Hoxton Revenge the traitor is:

Some additional notes about the traitor:

It seems that he was coerced into providing information for the FBI and he didn't really have a way out. From the 3 tapes you can find across the map, they all imply that the FBI would hound Hector unless he provided the right info.

And that on each of his jobs:

Firestarter's Day 1 had cops conveniently in the area where you are going to get weapons. On Day 2, for some reason you'll need to infiltrate an FBI Headquarters.

On Rats Day 1, after entering the meth lab, the cops come right away, literally arriving on the scene immediately. Too fishy to be a coincidence right? On Rats Day 2, when you visit the other gang's location, cops are also there "conveniently" looking for that gang.

Watchdogs was a set up, since on Day 1 you are surrounded by law enforcers. This is also revealed in the tapes you find throughout the house. On Day 2 additionally the truck is already surrounded by cops at the start of the heist.

It is not yet known who ratted out old Hoxton. On the second day, you break into an FBI office to steal some information. According to the Payday Wiki:

[...] he [old Hoxton] has just recently acquired and decrypted several classified FBI files regarding the background and criminal history of Dallas along with Wolf, Chains and himself. The files are being put together for an upcoming release, though it is not explained if the files are about the previous heister or the current one.

I guess we will find out who the rat is eventually, and get some missions to deal with him.

It's definitely NOT Matt. Hoxton says in day 1 that he's already taken care of him if you listen to his dialogue while he's in the back of the truck. It could be the dentist, the elephant, Vlad, or even Gage, Bain or one of the crew. Could be the upcoming female heister, too. They haven't said she's part of the team yet. Who knows? Just have to wait and see.

As of right now, it's unknown who the traitor is. Hoxton knows he was sold out, but doesn't know who did it. In the second day of the Hoxton Breakout heist, you break into the FBI Headquarters and Hoxton hacks and steals his case files.

In this second day, he finds information that confirms he was ratted out, and there is indeed a traitor. Certain events on this day are randomly generated, and one of these randomly generated events involves getting the traitor's DNA from an evidence room. But the traitor's identity is still not revealed. At the end of this day, you grab the server and carry it to the getaway car; Hoxton says he will go through the data later, and find out who betrayed the group.

Currently, Payday 2 is doing a Spring Break special, with updates almost every day until March 21. One of these updates will be releasing the Hoxton Revenge Heist. In this heist, it will be revealed who the traitor is. There's only four days left of the Spring Break updates, so we'll be finding who the Traitor is very soon.

I think the traitor might work with the Dentist, because the Dentist could just make Dallas work for him after he offered to help break Hoxton out.

I think it's the butcher. Taking into the fact that checking the Achievements and this is what I saw. 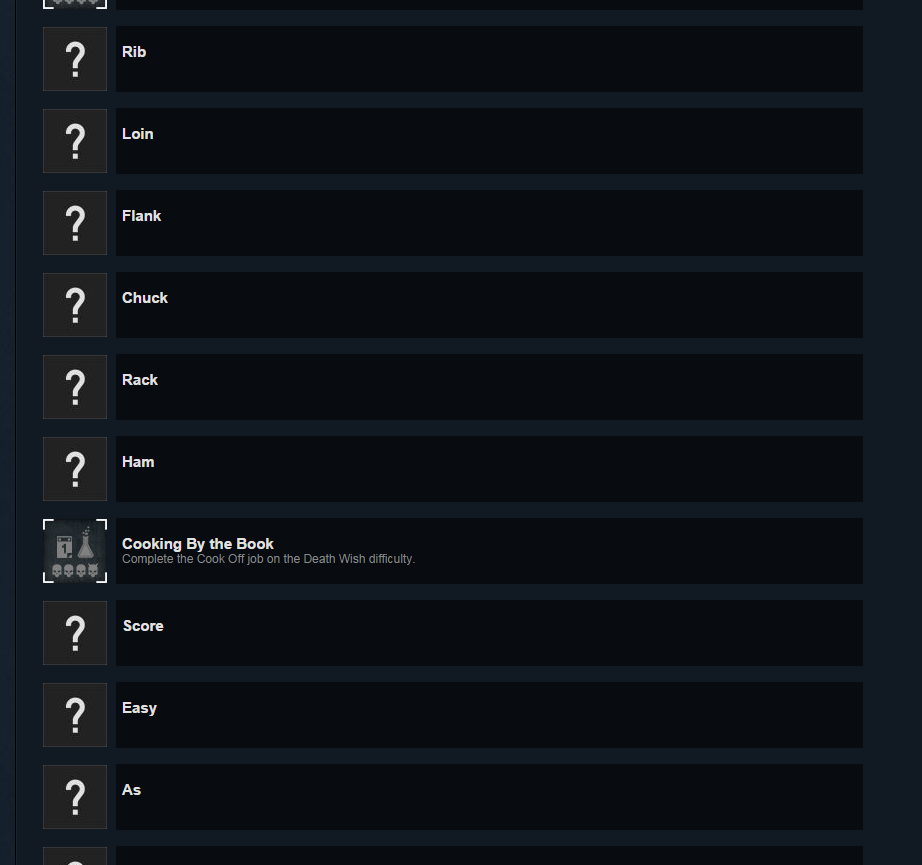 6
Who pays the cleaner?
1
In day 2 of the Hoxton Breakout heist, is there a method besides trial and error for obtaining the correct DNA files?