What is the name of this old Arcade game? 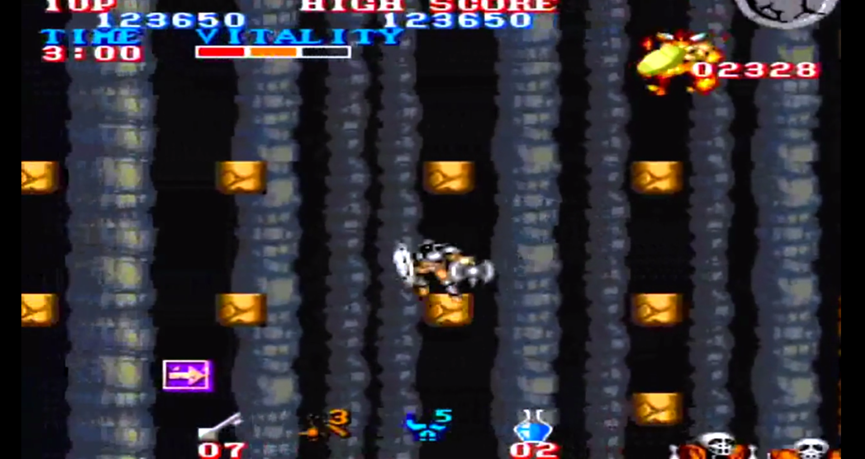 It has been years and years since I saw this game and for the life of me I cannot remember what it was called...

This screenshot is from a 1987 Capcom arcade game called Black Tiger.

The game Black Tiger was released in August of 1987 (for japan) and in an unspecified 1987 (for the US) and is a Hack and Slash plat-former game.

The gamer features a barbarian who jumps and fights his way through levels of spiraling colorful towers.

It was designed by Imo Akapa, and he has not programmed any games since then. Not much is known about Imo Akapa.

The Game Flyer for Black Tiger can be seen below: 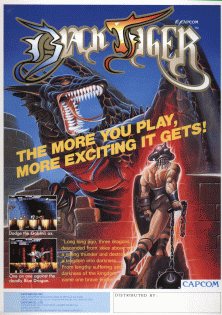