I've been playing the new Direwolf20 pack for about a day now, and I happened upon this sort of abandoned prison while strip mining. Note that, as of now, DungeonPack and Walled City Generator are not in the DW20 1.7 pack, so they can't be what made this: 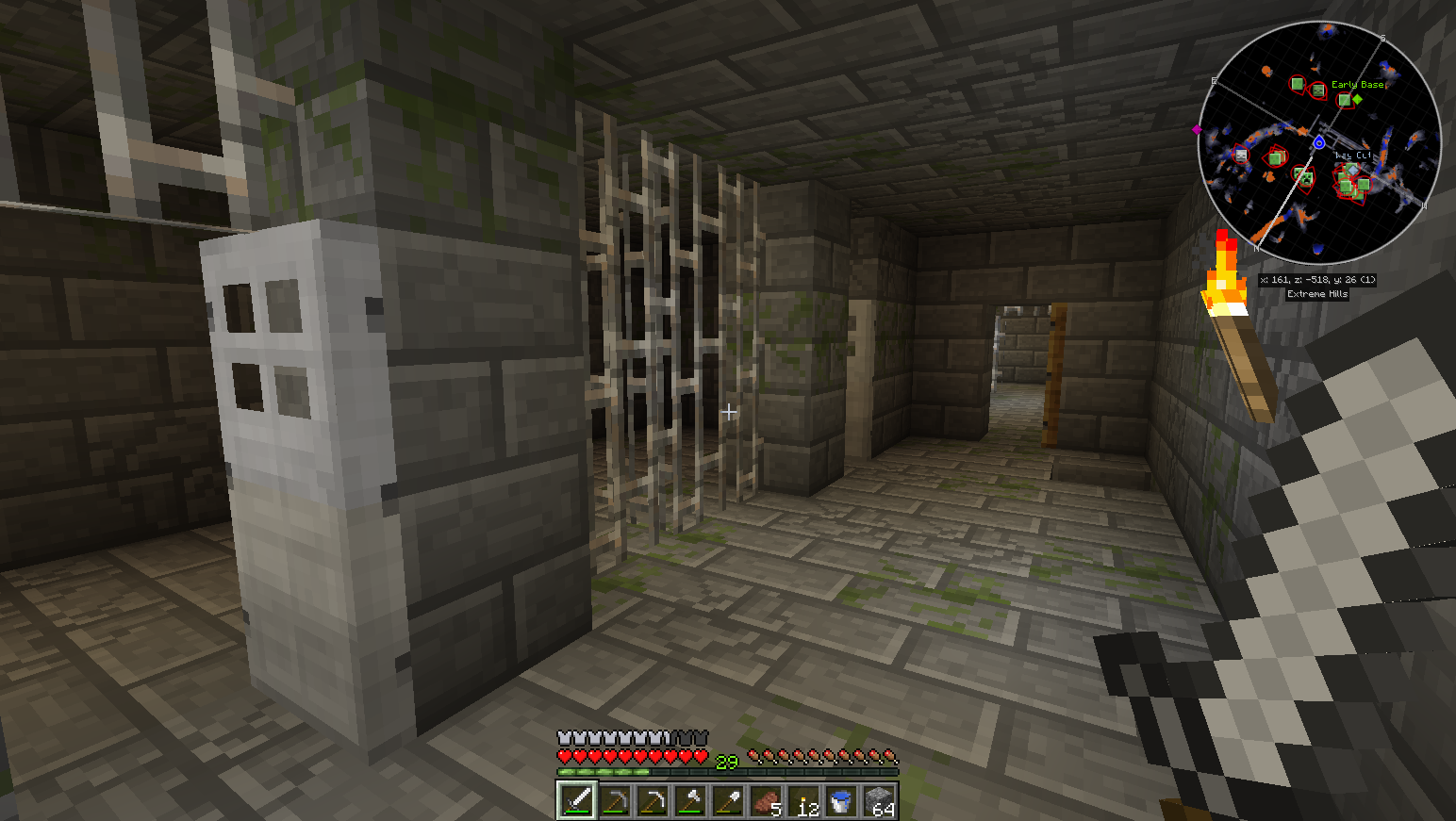 That's all there is to this, just a series of 'cell blocks' with wooden doors connecting them, each containing a couple of cells with iron doors. It was also filled with silverfish, though I can't find any kind of spawner.

I've been poking around to see if there's any loot to be had, because prisoners are known to be good at hiding stuff - but I'm coming up empty. I've been mining out the cell walls, ceilings and floors, as well as the halls.

My question is, what generated this? Is it something new in Vanilla 1.7, or did one of the mods in the new DW20 pack cause it to generate? If I can figure that much out, I can probably better refine my mining and poking to make sure I'm not leaving any valuable loot behind!

Empty prison cells: A corridor with one wall partially made of iron bars and with two iron doors (in an "open" position, with no buttons). Beyond each iron door are cells with an iron bar wall between them. An exit is opposite the entrance. Maximum five per stronghold.

Your picture definitely matches the description of the Minecraft vanilla stronghold prison cell.

What I later realized:
Then I got to thinking, and this closely resembles what I've seen in previous mod packs. You could be experiencing errors in the mod pack that prevent the items from spawning. A sort of a conflict might arise between mod pack and the dungeon generation. One possibility is that it's only on your version of the mod pack, and something went wrong during the installation process.

What also could have happened:
It could also be the actual mod pack itself being entirely broken, not uncommon with these brand-new packs. I can't pinpoint the problem specifically; you would have to send a bug report to the devs and hope they fix it. I am almost 100% certain this was unintentional. Good luck.

Not the answer you're looking for? Browse other questions tagged minecraft-java-edition minecraft-direwolf20 or ask your own question.

3
In the Minecraft 1.7 update, you can turn off ambience and environment, but what noise is environment?
4
What is the difference between a texture pack and a resource pack?
0
What is a bold blaze in the Minecraft DW20 pack?
1
What is the most efficient power source in Direwolf20 1.10.2
2
What was the world border like in 1.7 in Minecraft?