How do I earn crystals?

I have been playing Hero Siege for roughly two hours and my blue crystals are building up, but I don't understand how.

Is there anything specific that awards these crystals? 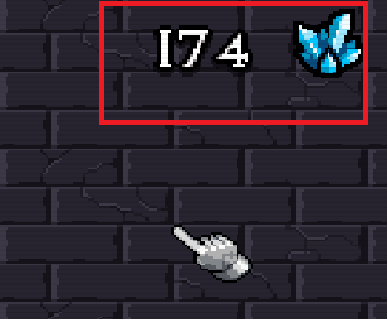 First of all, You start off with 100 (it used to be 500, so this may vary as the game evolves) crystals when you buy the game.

Also, it's good to understand that crystals are the only permanent currency featured in Hero-Siege. Gold is dropped upon death, but crystals will always be kept, until spent that is!

After the start of the game, you can gain more crystals like this:

1. As a random drop from bosses. This is very rare, but every boss in the game has a slim chance of dropping some crystals.

3. From Crystals Chests. These chests are randomly found in-game, and you need a crystal key to open them. A crystal key can be bought with crystals, but it’s generally not a good idea to buy these keys to try to get more crystals (you will most likely lose-out in the long run).

Not the answer you're looking for? Browse other questions tagged hero-siege or ask your own question.

4
How do you activate a Statue and what does it do?
3
How to cast the wisp?
1
Hero Siege, how can we play on a more difficult setting?