I've noticed some games be described as 2.5D. How can a game be 2.5D? Dimensions are discrete entities, aren't they?

2.5D usually refers to "gameplay in an otherwise three-dimensional video game that is restricted to a two-dimensional plane."

It can also refer to the viewpoint the player has. Such as an isometric-type view on a 3D world.

The original 2.5D game was DOOM. They called it 2.5D because it did feature all three dimensions (length, width, and height), and allowed map makers to create maps that made prominent use of the third dimension, but it still wasn't true 3D in two important senses.

First, sectors (i.e., rooms) could not be placed on top of other sectors, so the overall layout remained a strictly 2D diagram that allowed different sector heights. And second, the DOOM renderer was not a true 3D renderer; it was highly optimized for 2D plus heights but could not have rendered true, arbitrary, 3D geometry unlike Quake. 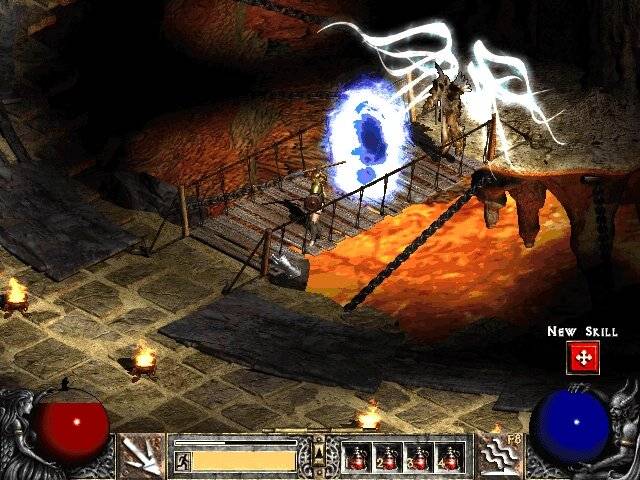 2.5D refers to any time that there's really only 2D stuff going on, but they "fake" a third dimension. Orthogonal view games like Diablo fake it because they don't have to do full 3D rendering, but they can give the appearance of 3D.

6
What are microtransactions and why are they important?
11
What are Easter Eggs?
2
What is a "ladder match"?
8
What is a season pass?
2
What is considered a matchmade game in LoL?
9
What does "Lifesaver" mean on the Play of the Game?
70
What does "Game of the Year" actually mean?
2
What is difference between "PowerSlide" and "Drift"?