The first fishing hole I ran into gave me a fish that turned my pet into an Troll (permanently). This was great because now my pet was hardcore and never took enough damage to start fleeing.

Later on I used a Bat Fish on him just to see what he would look like and how he would act if he was one of those little demons. After 120 seconds he turned back to his original self (not a Troll).

I have tried and tried to get that fish again, but to no avail. Does that fish only show up only once? If you can get it more than once, is there a particular fishing spot that produces more of them?

As a side question, what is the name of that fish?

There are 3 sizes of pet-consumable fish:

You can find a list of pet-consumable fish here on StrategyWiki. I don't see one that transforms your pet into an ogre...was it actually a Varkolyn?

The fish that turns you into a troll perm was given to each of my characters at the start of game. Try making a new character just to put the fish in the shared stash to get your perm troll again. It worked for me on 360. 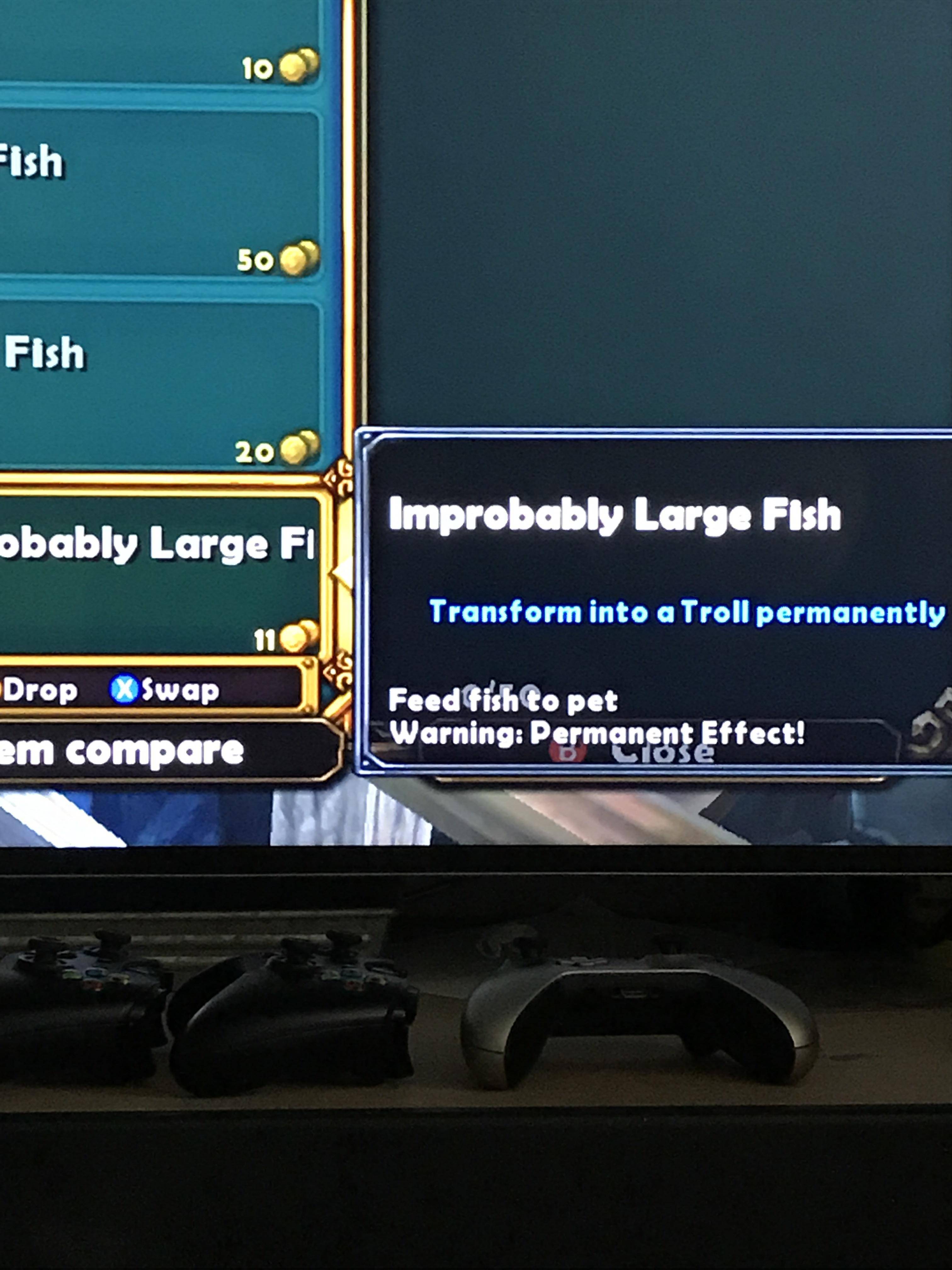