What are my expansion options?

While I'm open to recommendations, I first need to make sure I understand the game mechanics of founding new cities. I started in the bottom left of the pangea in Strard. 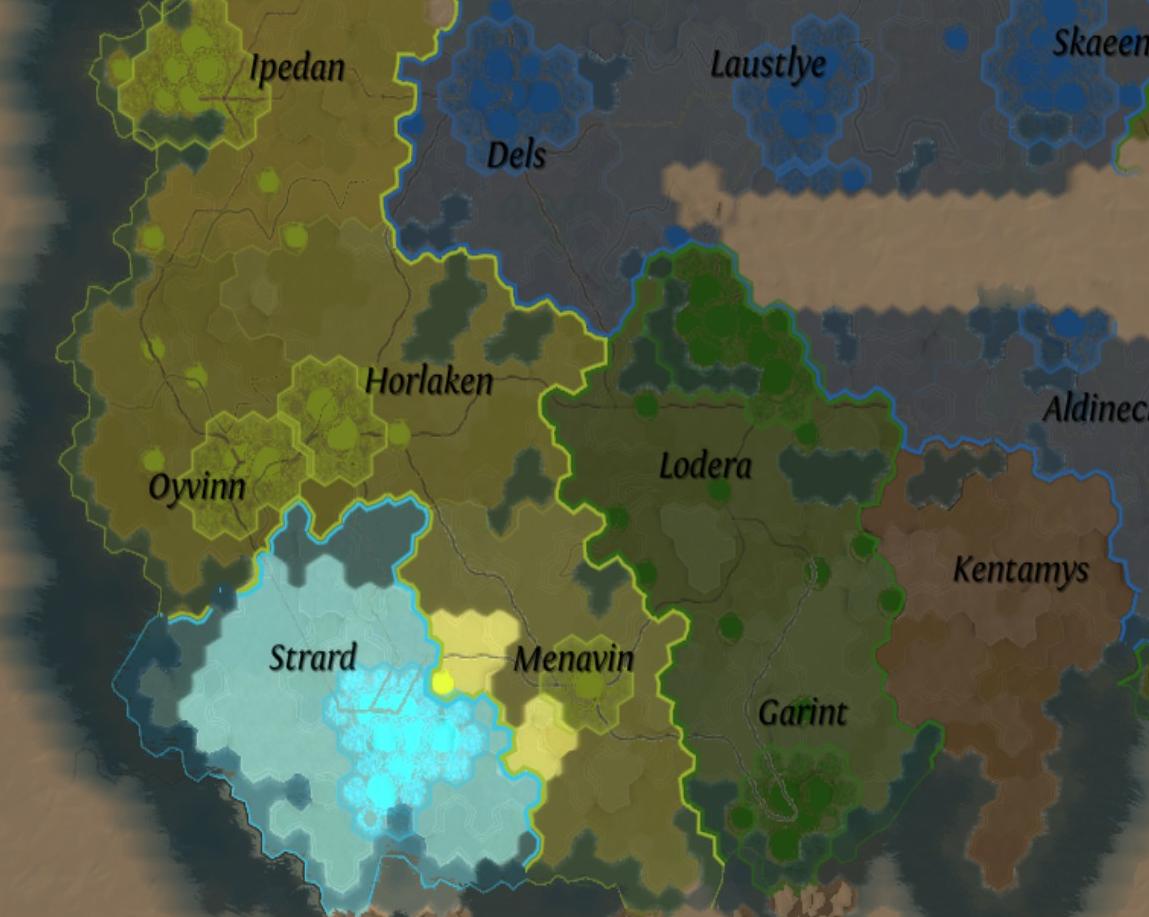 I've expanded my initial city five times. I had just learned about leveling up a district before the last expansion and was lucky to get two-for-one. But I just got a quest to found a new city and level up both it and one of its new districts.

Within your Empire, raise a new City Center and a new District to their Level 2.

However, all seven regions surrounding mine--first ring of Oyvinn, Horlaken, and Menavin and second ring of Ipedan, Dels, Lodera, and Garint--contain enemy cities. And the user's manual states that each region may host only one city.

Each region can host exactly one city, never more. It you want to conquer a region which is already claimed by another empire, you must first capture its city.

Since Kentamys has no city yet, to expand must I either take a settler there (or another region without a city) or conquer one of the regions listed above. Furthermore, will I be able to complete the quest by conquering an existing city?

I have since confirmed the rule in the user's manual: you cannot found a new city in a region that already contains a city.

Recommendation: Expand into nearby regions before they fill up.

4
What does the 'Confidence' stat mean in Endless Legend?
2
What are the values of score for different actions
13
What factors determine whether militia will assist in a battle?
9
What is the ideal Borough Layout
8
What is the difference between the stockpile techs in Endless Legend?
6
How exactly tech lover trait of vaulters work and when/where are shown benefits in result?