Has Minecraft mob spawning been changed to reduce effectiveness of vanilla mob farms?

I built the Minecraft mob farm as shown in

and it doesn't seem to work at all well on my 1.8 server. If I sit in the AFK area, I don't get any mobs. I'm using the layout shown in this diagram (see top left option): 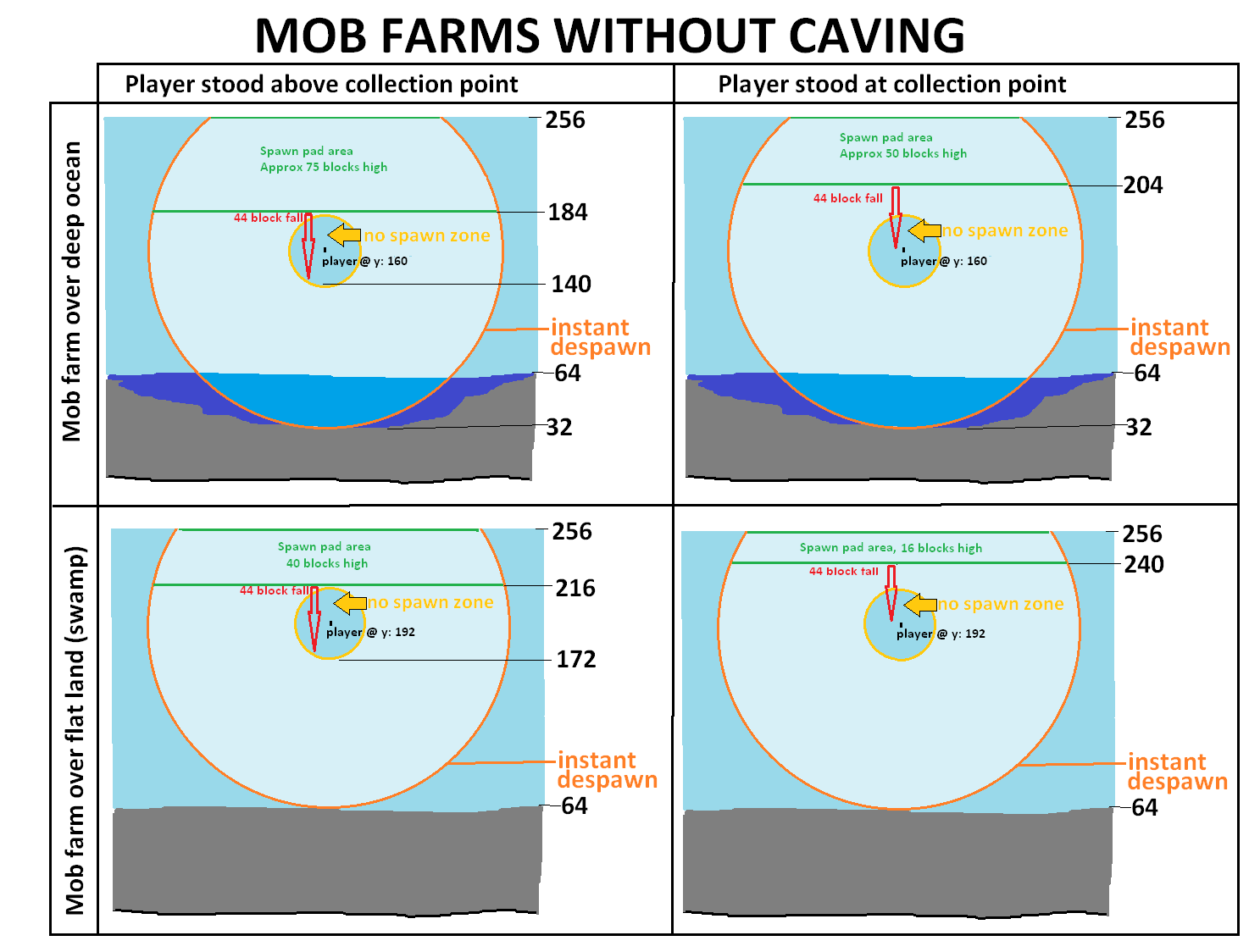 and of course, I've lit up all the caves and there are no spawn-able areas other than inside the spawner itself.

The weird thing is, if I go away from the mob spawner and then come back and run rings around it, going from the bottom to the top, then it seems to spawn loads of mobs all of a sudden and then stops again. Why am I not being showered with tons of mob drops?

I don't think it's any kind of 'mob cap' - as I've seen suggested elsewhere, I'm the only person on the server. I have some hoppers and maybe 30 or so mobs (farm animals, villagers, etc) in my 'spawn chunks' (chunks around the map's spawn point) though - might this be causing mobs to spawn in those chunks even when I'm not there and reaching the mob cap? I didn't think mobs would spawn unless they're within 256 of the player.

Has Mojang nerfed these sorts of grinders?

A friend on mine did a little digging and stumbled on the answer. There's a bug that causes mob spawning to stop if you set the server-side chunk distance to lower than 10.

No Changes to mob spawning happend in 1.8, im not sure why yours isnt working but this is what i can tell you. These are all the changes that did happen in 1.8

15
What is the real truth about Minecraft mob spawning?
11
Can other mobs spawn in the vicinity of a mob spawner?
2
Skeleton Mob Spawners
5
Why isn't my Minecraft wither skeleton farm spawning any wither skeletons?
1
Mob limit per chunk
0
Do Iron Golems not spawn above a certain height?
3
Skyfactory: Why are there no mobs spawning?
1
Do I need to be connected to the server for mobs to spawn?
0
Do mob spawn rates change if your alone on a multiplayer server?