What's the actual structure/shape of Cocoon?

So far I've finished the first four or five chapters of the game. The Datalog tries to explain the setting as well as other facts while you experience the game.

However, so far I still can't really associate the locations I've explored so far to any particular structure of Cocoon. It's obviously a floating sphere/world, surrounded by clouds: 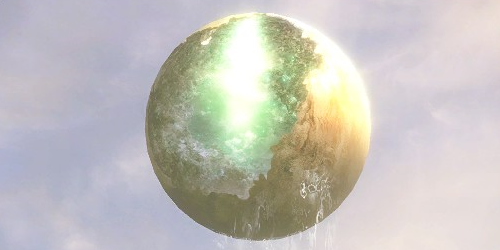 What's the structure of Cocoon? Are people living on the outside of the sphere? Do they live inside (hollow world)? If so, where's the center of mass/gravity?

The following paragraphs will reveal some minor parts of the story (first few chapters), don't continue reading if you want to experience it first.

During the first few minutes of the game, the train is seen entering a giant cave system, called The Hanging Edge (according to the Datalog it's "located near Cocoon's Outer Rim"). Where is that supposed to be? Is that on the corner of the crack(?) seen in Cocoon's depiction?

There's a big dark below the bridges and the characters speak of the land Pulse being down there, below.

However, a bit later it's revealed that down there(?) is a giant ocean which is transformed into crystal. The protagonists enter some kind of ruined city and finally manage to escape with a glider.

After travelling through clouds they'll crash land in The Vile Peaks: 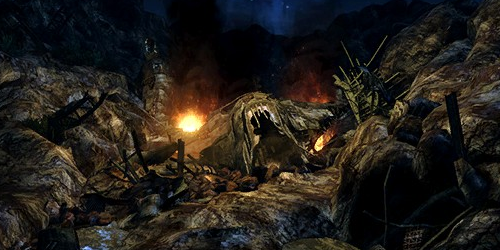 According to the Datalog:

The Vile Peaks are built of debris - the castoffs of material originally lifted up from Pulse by the fal'Cie and used in the construction of Cocoon and later additions of landmass.

So where is that supposed to be? Is this still on/in Cocoon? Somewhere on the outside? Inside? In one video sequence they look up into the stars and see a floating station or city.

What's even more confusing for me are the cities visited/depicted so far, which all clearly have a clear sky, for example Bodhum: 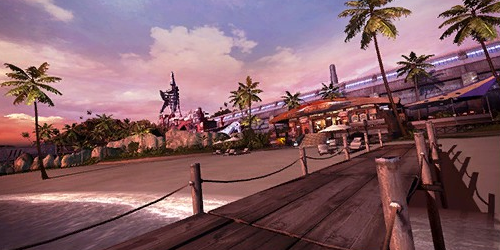 Is Bodhum supposed to be on the outer shell of Cocoon? If so, how about the gravity? After all, Cocoon is depicted as a sphere with water dripping off/outside it (see picture above).

If possible, try to avoid spoilers in your answers, especially if this confusion regarding the structure/shape of the world is somehow meant to be experienced as part of the story (i.e. protagonists aren't sure either).

What's the structure of Cocoon?

Cocoon is a hollow sphere. It has a big hole from an attack from Pulse in the past.

Are people living on the outside of the sphere? Do they live inside (hollow world)?

The inside. If you look up in the "sky", you'll see what appears to be dense clusters of stars, but are actually city lights.

If so, where's the center of mass/gravity?

A wizard did it. Seriously, all you need to know about the gravity of Cocoon is on the inside, "down" = outward.

However, a bit later it's revealed that down there(?) is a giant ocean which is transformed into crystal.

Yes, Sanctum was transporting the Pulse Fal'cie over a large lake. That lake is on the inside of Cocoon.

To expand on the currently accepted answer, it's indeed a hollow sphere with people living on the inside (gravity pointing outside).

A later video sequence (Chapter 11) shows a very nice render of Cocoon, where you're finally able to see the crack properly (without misleading reflections of the sunlight from outside): 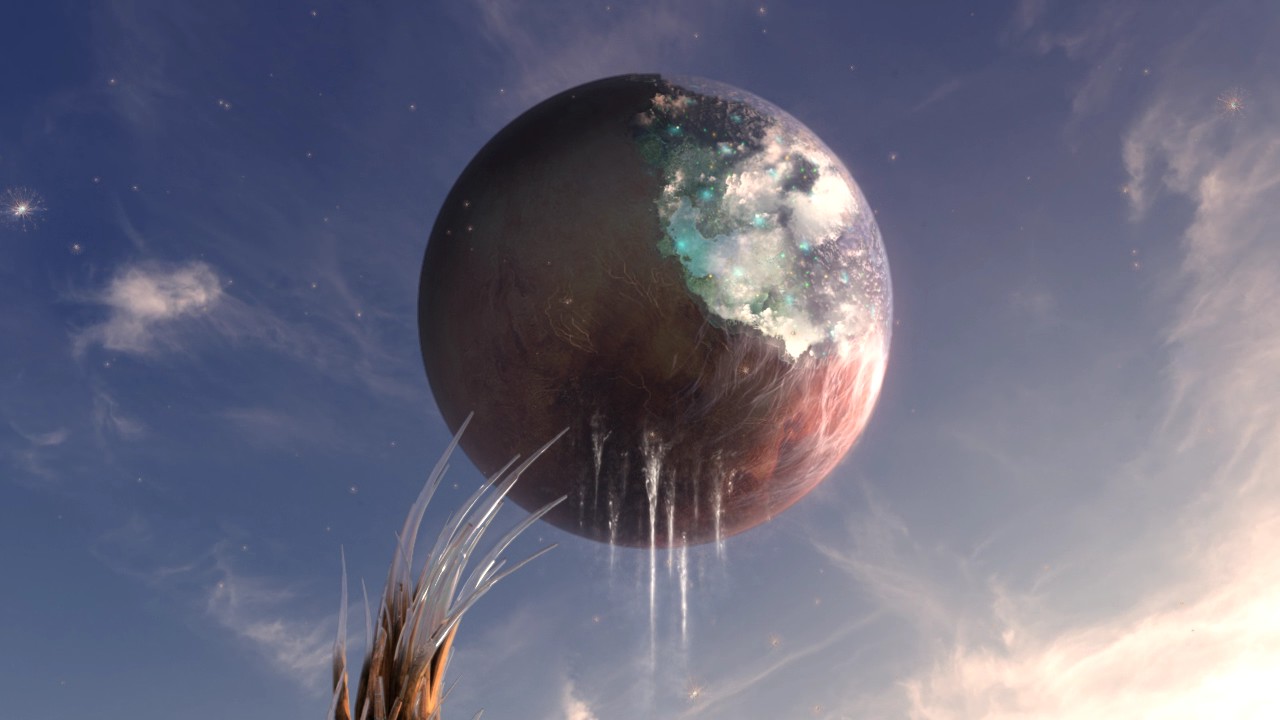 There's actually a rather huge chunk missing, it's not really just a small "crack". It's also possible to estimate the thickness of the outer shell, so it's actually not that thin.

I don't think it's ever explained what that transparent "cover" is, but I guess it might be the magical/artifical gravity field and/or water (which is also pouring out).

Besides that, it's really interesting how many different depictions of Cocoon there are in the game. The "game world" view is obviously lower quality and only shows a dark patch rather than the crack, but even in the rendered video sequences the appearance seems to change (even if only slightly).

The following image is from another video, which looks like there's water on the outside as well, but I guess this is actually inside and we just perceive the hole (part you're looking through) as "oceans": 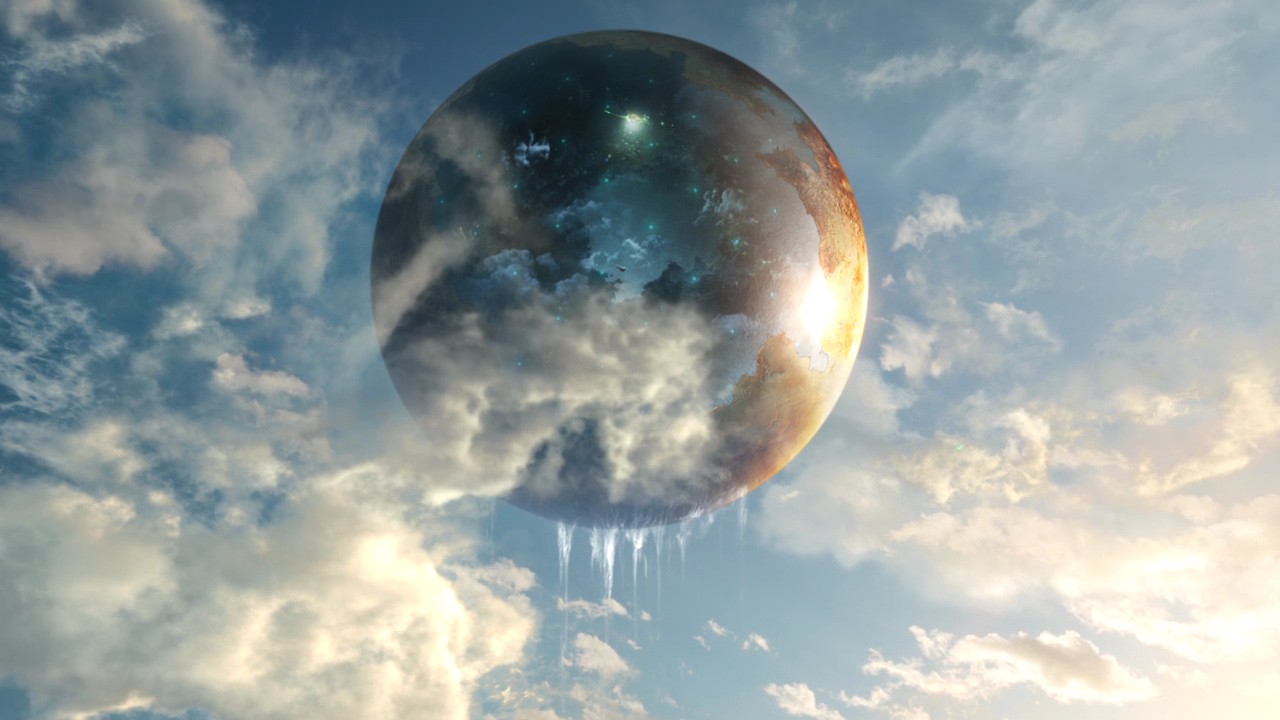 Not the answer you're looking for? Browse other questions tagged final-fantasy-13 .

6
What is the quickest way to get a trapezohedron?
5
In Final Fantasy 13, can you get back to Pulse after taking the ship back to Cocoon?
5
How do you unlock the Chocobos in Final Fantasy XIII?
10
Are the summoned Eidolons useful in any battles?
6
What is the point of monster level?
5
What is the best strategy to defeat Cid Raines?
7
How do I find the location of the Cie'th Stone missions?
8
What are the core differences between the paradigm roles?
4
What determines the stagger duration?
5
Is the story of final fantasy XIII through Lightning returns self-contained?