In clash of clans how do you tell if enemy troops can be deployed in certain area?

When buildings are too close together enemy troops can't be deployed between them. How do you tell when they're close enough? I built a wall around my main base (including town centre) but attackers can still deploy troops within the wall.

For ascetic reasons I like having my village spaced out, it's too bad that the game play promotes against it.

Here is a screen shot while in edit mode. I have the town hall selected and moved it around a little, but still there are no lines to indicate where attacking troops can't be deployed. I notice there are some white lines outside the walls, but those are different, for example with this current setup I've had enemy troops deployed within the walls.

You can tell in two ways: During battle, and while editing your base.

To trigger the boundaries (lines that show where troops can be deployed) while in your village, simply drag a building around. The area will be indicated as a white overlay, which will fade after a few seconds.
Alternatively, in the village editor - The overlay will be shown at all times. 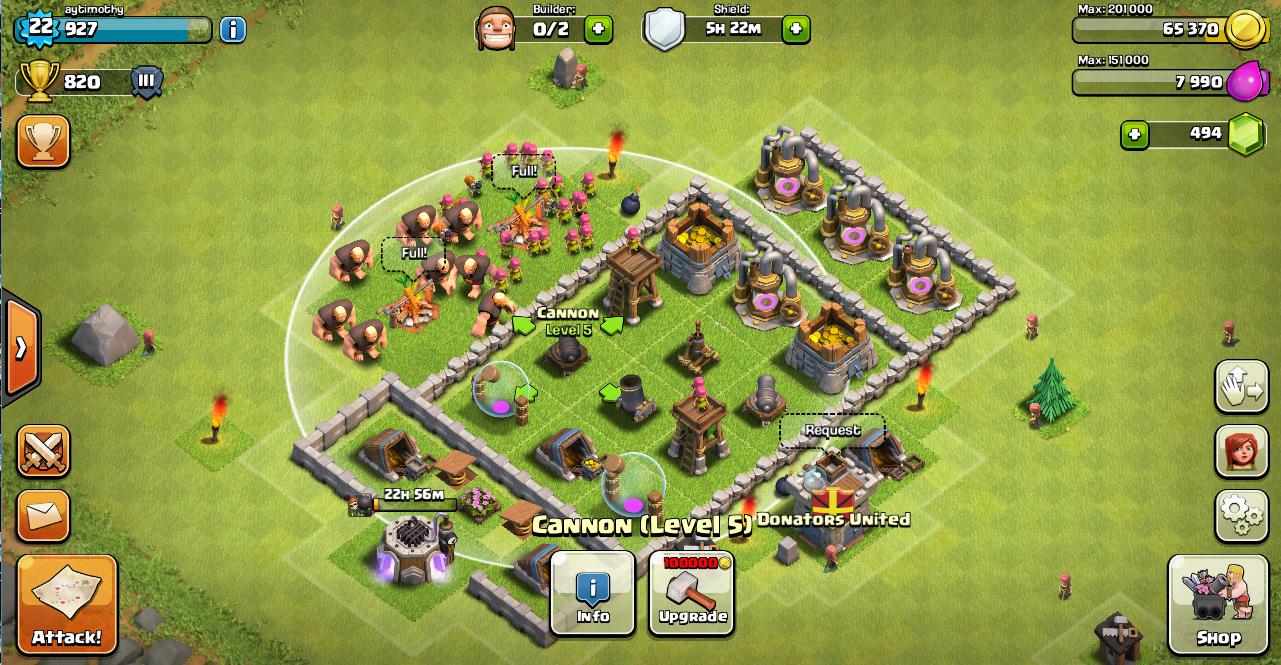 The overlay in the village screen. 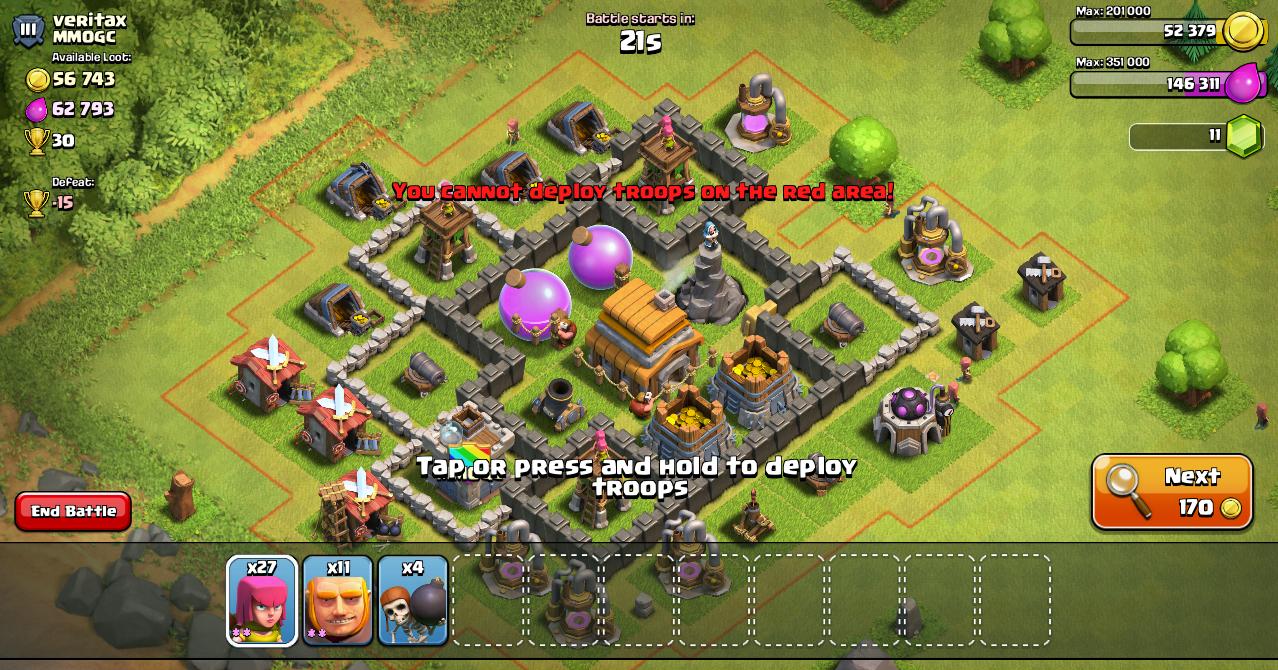 As everyone said, decorations don't have any protection.

I edited your screenshot and marked all areas where attacking is possible in the screenshot below, you have three unprotected areas.

The enemy troops can be deployed where the rock is inside your base. Try removing rock and place something else in its place, or put your walls around it so its outside.

Deco Such as your flag is making it possible to spawn within your walls so move your flag somewhere else and put a builders hut or something that's the on 2x2 thing I can think of,

They can be deployed behind the white areas :)

7
Best Defensive Barracks Troops In Clash of Clans
3
troops to attack selected target in clash of clans
7
Will Level 1 buildings under construction be active in the War Base?
6
Maxout at town hall 8, or move on to level 9?
1
In Clash Of Clans can you deploy troops outside the border like you can in personal attacking
1
How to draw out troops when clan castle is in middle of base
2
In clash of clans, should we specialize our troops?
4
Why are my clash of clans troops blurry?
0
Stop Improving troops clash of clans
0
Do obstacles slow down troops in Clash of Clans?