What happened to this creeper? It seems to have a blueish glow

In Minecraft, I came across this: 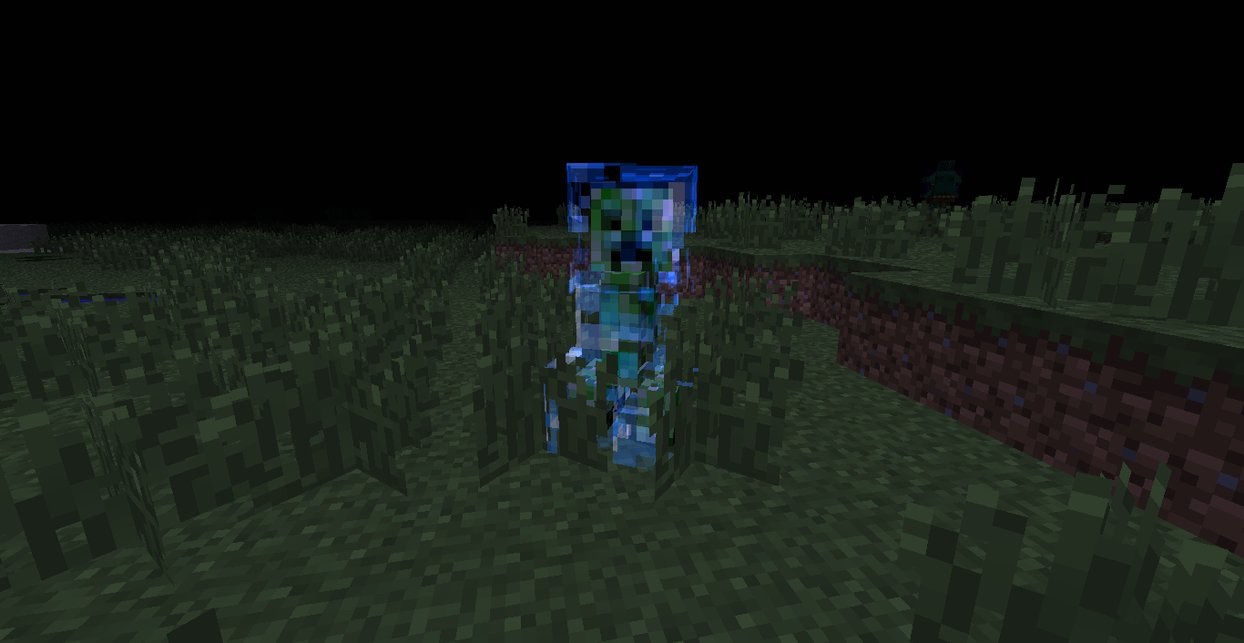 The creeper in the picture seems to be surrounded by a blue-ish glow. What is it? I immediately left my world and came here. What does it do?

This is a Charged Creeper. It has been struck by lightning and is twice as dangerous than a regular Creeper. It will blow up a larger area and do more damage if you're unlucky enough to be near-by when it goes off.

The Minecraft wiki page on Creepers has more technical details.

The creeper in the picture is a Charged Creeper. It only appears when a creeper gets shocked by lightning. They have a larger explosion radius than regular Creepers.

If you can make it follow you next to another mob, then make it explode, the mob will drop his head, but only one mob head per Charged Creeper explosion.

It was struck by lightning, when it get struck by Lightning, i believe its called a Charged Creeper