I've just been on GTA 5 online on my character. Both me and my partner have our own characters (on the same profile though) and when I had finished playing, he swapped to his character. He had an apartment with a 10 car garage as well as a separate 10 car garage but this time when he went on to his character they'd vanished and now he only has an apartment with a 6 car garage, no way near where his original apartment was. He rang the mechanic and most of his cars were in storage.

A similar thing happened to me, but in a worse condition - all my progress was gone; my rank was reset to 1, and i lost my cars, and apartment. I recommend you to contact rockstar support, by posting a question at https://support.rockstargames.com/hc/en-us . They restored my progress within 5 hours I posted the question.... Here's the mail i received- 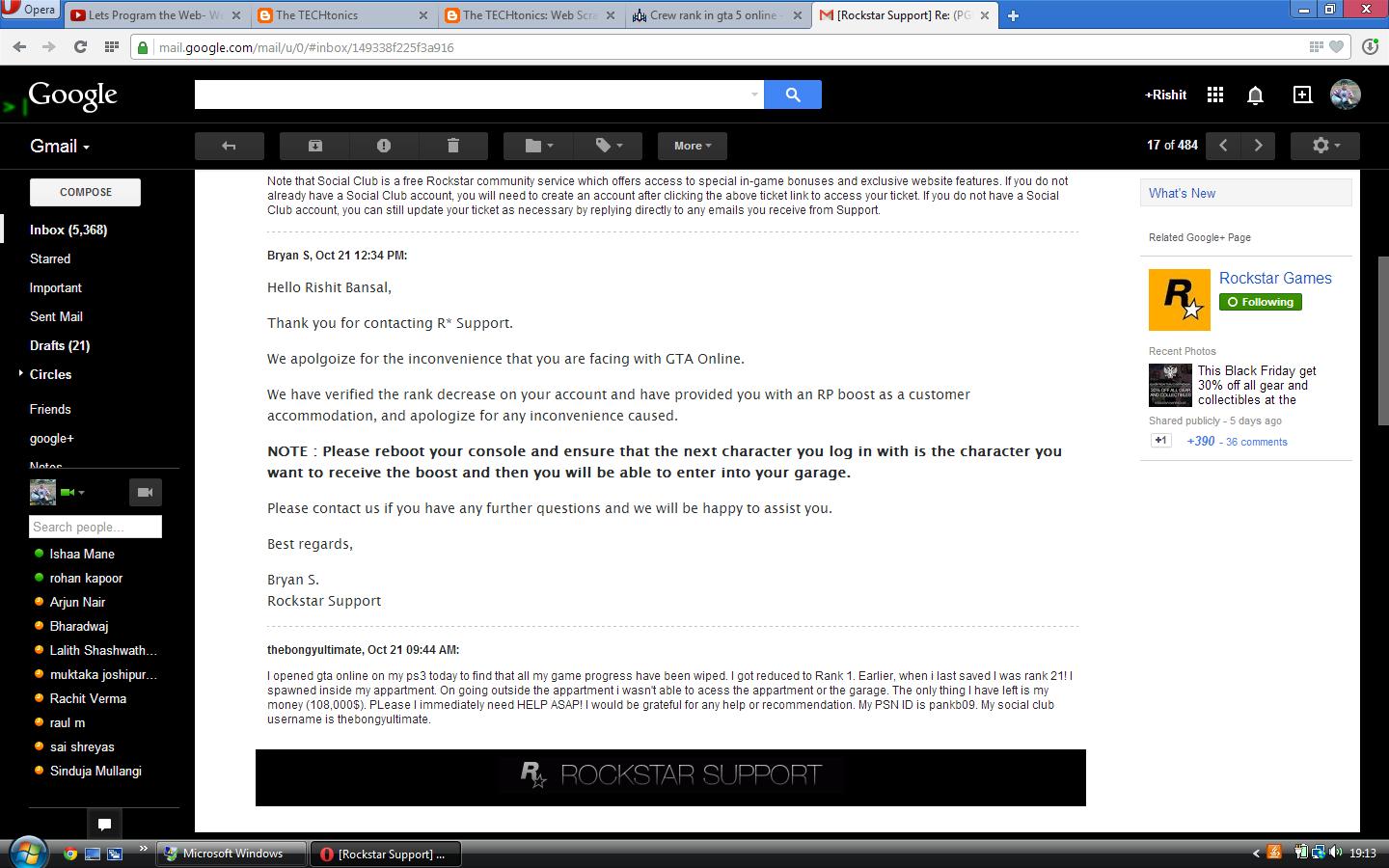 Not the answer you're looking for? Browse other questions tagged grand-theft-auto-online or ask your own question.

6
Do you need a certain apartment to do a heist in GTA Online?
0
Lost car in Gta Online
1
Replaced wrong car in garage in GTA Online
0
GTA online weapon bug
2
Vehicle Spawn in Race with Traffic: Off
4
Does damage affect car performance in GTA Online races?
3
GTA online motorcycle businesses