How does combat work and how can you heal in battle?

So this has been my experience of Shadow of Mordor so far. 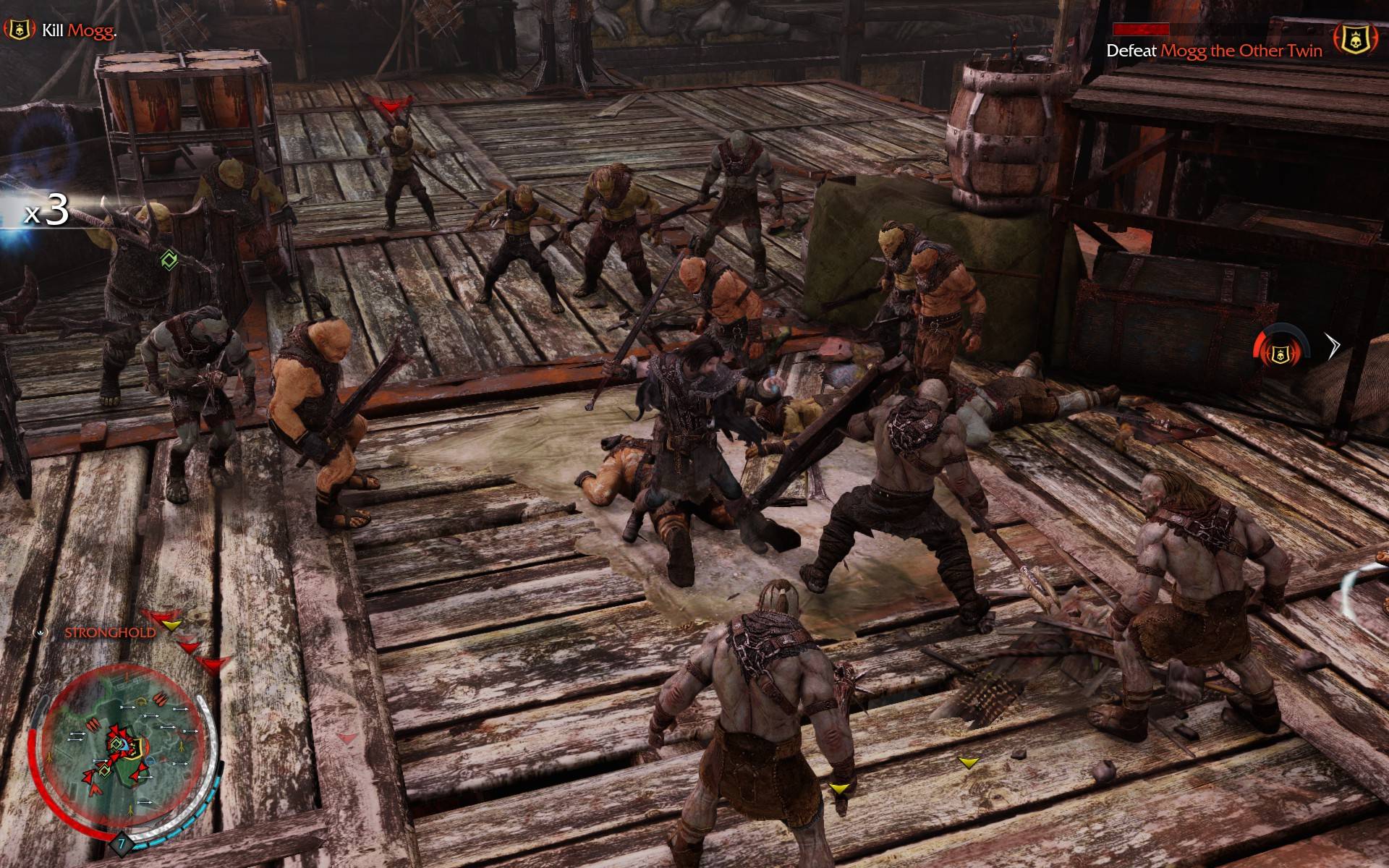 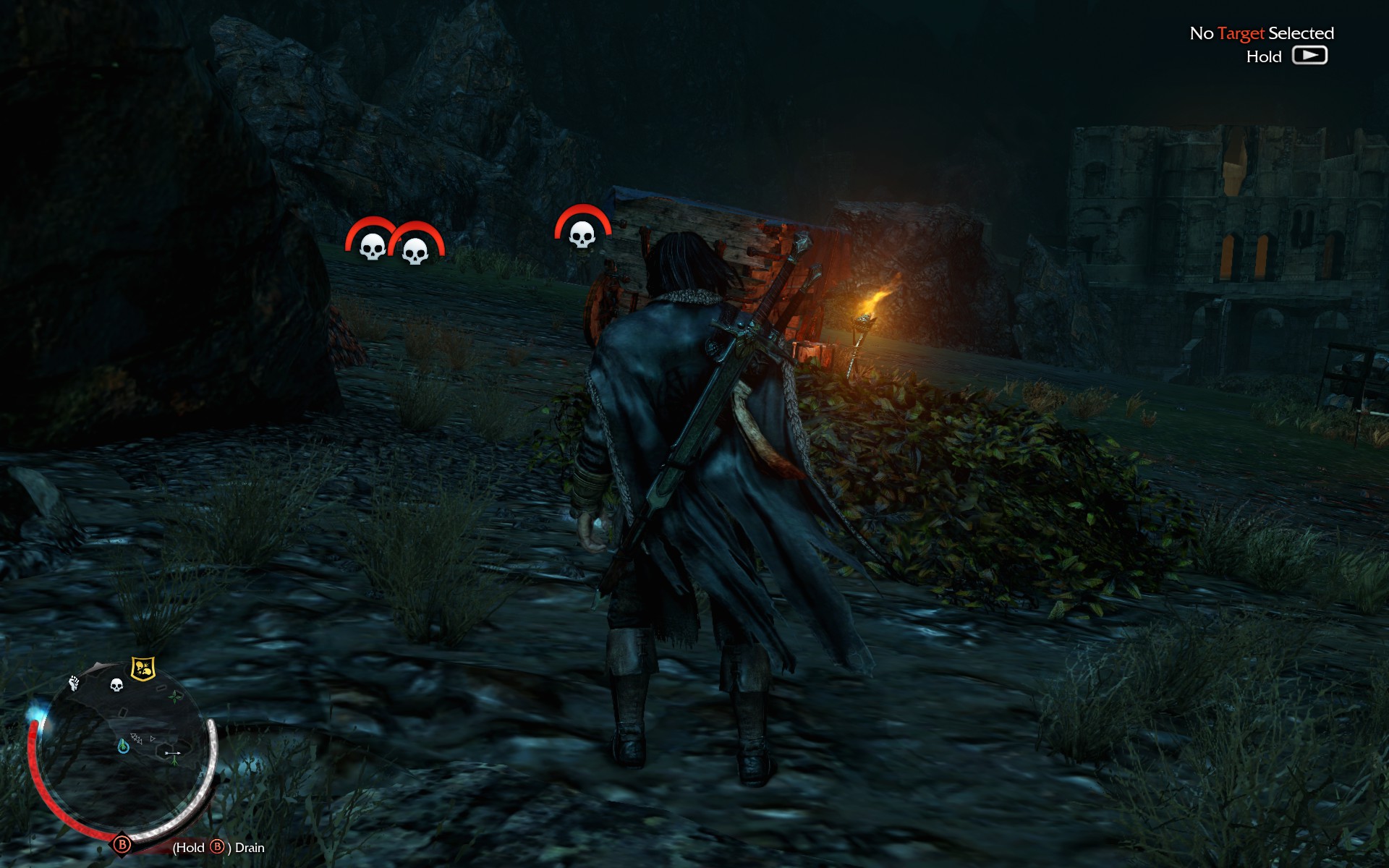 If it's not three captains all being in the same place, it's being swarmed with so many Uruk that I can't possibly fight them all off.

What combat techniques can I employ to help me fight large groups or multiple captains at the same time? I find that I just run out of health and die. Is the only way to heal to have to run away and find some herbs to heal yourself.

In light of the nemesis system it seems more logical once about 1/3 HP to flee the battle and return later. However I've found that many times the Uruk and Captains remain spawned meaning you are stuck fighting an overwhelming army. Surely the game can't be this punishing so early on?

The game becomes a lot easier as you level up, the skills available make combat against large numbers of enemies much easier. I found it relatively easy to take on large groups without to much trouble by the time you get to the second part of the map.

That said you have to be much more tactical early on, taking out captains and large groups is suppose to be tough. Remember that there is no penalty for death (other than the captain's level increase) you actually get a 100xp bonus and it creates rivalries for the nemesis system thrive so don't be afraid to take some risks.

Try to identify easier targets by gaining intel on each captain and knowing weaknesses such as fear of beasts, vulnerable to fire / explosions, stealth finishers, etc. and exploit them by sneaking around and striking at the best moment.

This could mean stealthily following a captain until they are close to something they are vulnerable to and using and arrow to shoot a cage door or explode a barrel then jumping down to finish them off before too many uruk arrive.

Also worth bearing in mind is that if the captain is vulnerable to ranged attacks you can often take large amounts of life by effectively using the focus skill to slow time and get head shots.

Before going in for the kill you should know what will and won't work in close combat, some captains require you to wait for a chance to counter or are immune to combat finishers.

As for healing there are again skills and runes available in mid to late game that give you healing for doing specific actions during combat but they are no good to you at this point. Running to find a herb is your only option.

All out brawls with numerous uruk or more than one captain should be avoided at all costs until later on.

TL:DR Get intel and exploit weaknesses from positions of stealth then drop in and finish off captains. Avoid large groups of enemies until later.

As was already said, it best to avoid the situations in your pictures early on. Don't go into enemy fortresses "all guns blazing" and expect to live. Don't take on captains at all until you are ready and know their weaknesses.

I concentrated on finding artifacts and doing side missions early on to earn upgrades. I then picked out captains that could be taken out by stealth in one hit to get my first runes. Once you have the triple dagger throw skill, you can get onto a ledge that the Uruks can also climb onto then shoot daggers at them to make them fall off and die by falling. This is a quick way of getting rid of many enemies. It does not work with captains but you can often get the captain on their own on the ledge without having lots of others cramping your style.

I had a guest revenge mission early on. Turns out this guy was invulnerable to ranged, was a combat master, called for reinforcements etc and I simply could not take him out. I tried again once I had buffed up and he went down with three stealth attacks in quick succession before his reinforcements arrived.

Not the answer you're looking for? Browse other questions tagged middle-earth-shadow-of-mordor .

2
How can I avenge my friends' deaths?
5
How much base health does Talion have?
6
How can you distinguish Berserkers from other Uruks?
8
How can I skip the intro videos?
3
Combat Master Uruks. How can I defeat them?
8
How do you interrogate an enemy?
3
How can I brand a fifth War Chief?