How do I loot dead enemies and animals faster?

To loot dead enemies or animals, I have to press E for a second over every single corpse. (If I do that too quickly, I switch my weapon unintentionally.)

Is it possible to make the looting process faster? e.g. Auto looting dead enemies or animals?

I am playing on the PC.

Here are three tips to decrease the annoyance of looting people, animals, and plants:

You can turn off the looting animations in Options » General » Gameplay to make looting faster. 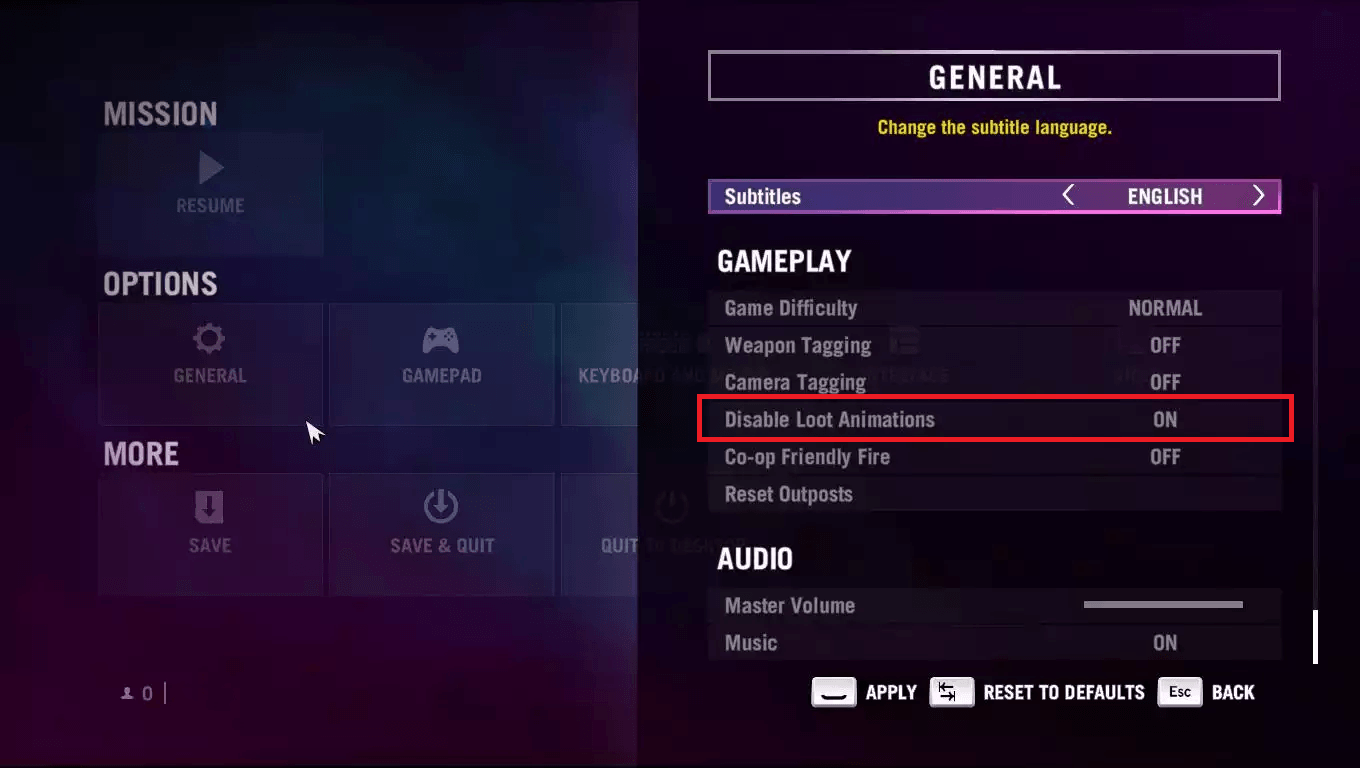 There is no way to automatically do this.

But I wish there was. I personally stopped looting people and animals once I crossed the bridge. At this point, I opened chests only, and avoided the garbage on enemies, and I had all the the animal skin missions completed except the Kyrat Fashion Week quests.

You're going to notice that throwing meat to attract animals, is either going to be ineffective at most times because the forces in that base are much stronger, or none will simply even show up. So I just stopped looting animals unless 4 attacked me at the same time and I could pick them up quickly and refill my stock, otherwise I avoided animals at all costs.

Not the answer you're looking for? Browse other questions tagged far-cry-4 or ask your own question.

4
How to show frame rate and cpu stats on Far Cry 4
0
Is Kalinag supposed to be good or bad? How are Yuma and Kalinag linked?
1
How do I use the flaming and explosive arrows on Far Cry 4?
2
How do I pick up pics from a dead commander?