How do I create a random team chooser for Minecraft?

How do I create a random team chooser for a Minecraft server?

For example: When you step on a block, you are automatically assigned to a random team: transported to that team's side of the building, given team-coloured armour etc.

Note: This is a solution that needs a small amount of commands and is easy to explain. You can do a variety of optimisations, but this is the basic strategy.

This task is easiest with a standard randomiser. For that, firstly put some regular command blocks in a row, each with an armor stand above it, like this: 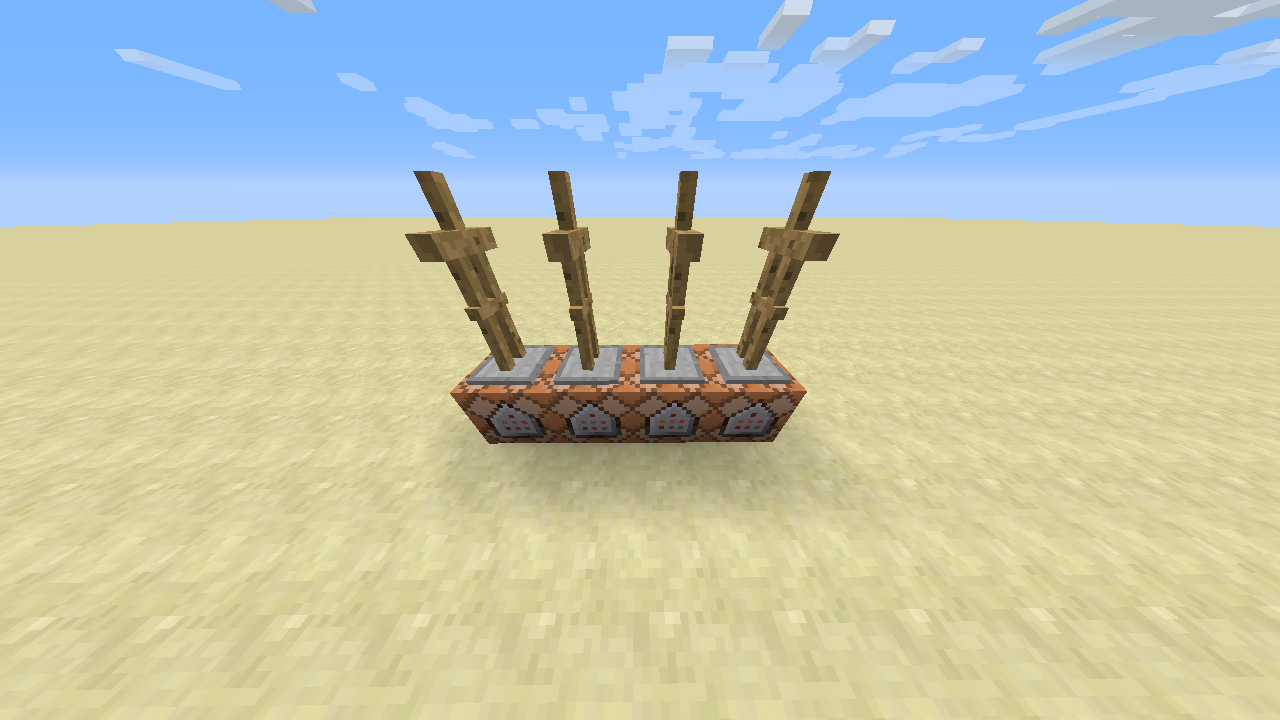 The rotation of the command blocks and the armor stands doesn't matter. The armor stands can be invisible, marker, NoAI, NoGravity, small, whatever, they just have to be there.

Put the commands into the command blocks of which you want to randomly select one:

The command to execute a random one of these command blocks is then:

Then, to reset it again:

You'll probably want to restrict the selector for the armor stands in some way, by location, name, tag or similar. 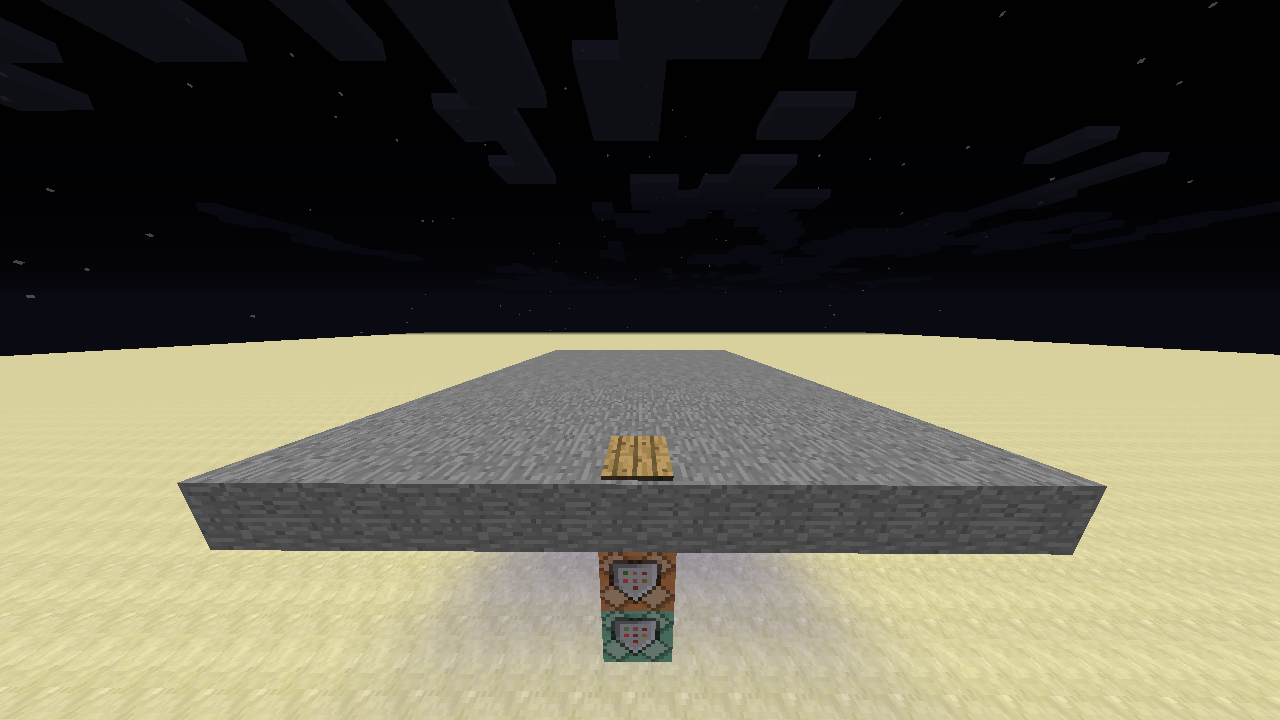 Note: This procedure does not guarantee equally sized teams. In theory everyone could get assigned to the same team (but that's unlikely).

So the easiest way to do this is to capture players at spawn with a contraption like this:

This is a large area (the whole of the spawn chunk) laced with tripwires. When a new player joins, they land here and it triggers command blocks. These command blocks:

You can do this with a pressure pad instead, but this way makes it easier to automate, so you don't have people floating around who aren't in teams (unless you want this).

What you would need to do is combine this with a rapid pulsar - essentially a very fast ticking clock that is switching between two different sets of command blocks (or however many sets you want). Depending on which set of command blocks is enabled when the player spawns, they will be assigned a different team.

Other options include simply alternating - which makes sure that the teams are balanced. This would work by simply using a T flip-flop to switch the command block banks each time.

There are two ideas I have, I'm not sure which one would be ideal for you.

The first idea: if you really want modern command blocking and a super, super clean experience, you could do something that isn't really random, but could work. First of all, you'd set up a custom scoreboard objective and teams:

Then, somewhere away from the lobby, you'd place down a sponge block (or any other block you won't use for building, it doesn't really matter) and have people needing to get a team teleport on top of the sponge. Place the following command blocks in a loop, i.e. one tick one activates, the next tick the other activates, etc, each command block with one chain unconditional command block branching out from it:

This should be sufficient. I haven't had access to Minecraft in a few hours, I might be messing up some formats, but it should work.

The second idea is much more difficult, less clean, but truly random, let me know if you need this.

8
How can I make a random number generator with command blocks in Minecraft?
6
Random item drops
0
Is it possible to put colored armor on a player using a command?
1
Is there a way to give an enchanted book with a random enchatment level?

9
Automatically running a Minecraft command
1
how to set up teams with command blocks
3
Random spawn for multiplayer Minecraft server
4
Implementing Minecraft Banner Text Parsing
1
How to assign players in MC to a scoreboard team automatically when they join?
34
Is it possible to create food allergies in Minecraft?
5
How Do You Make Team Spawn Points?