Why do some players build their buildings in a line (towards the entrance of their base)?

While watching a live-stream of a game (TvP, master league) I noticed that both players built their production facilities towards the entrance of their base, starting at their command-center/nexus. This was fairly early in the game, around the 5 minute mark. 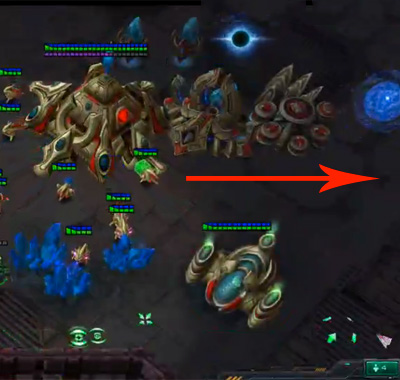 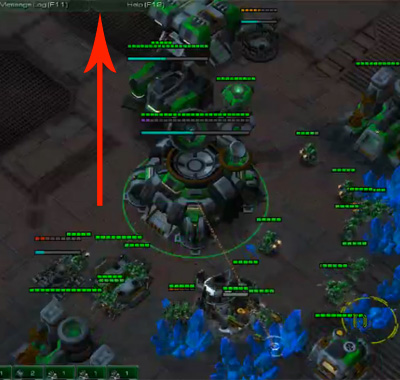 I also noticed this building-placement in some other games (except vs. Zerg where a wall-in is prefered) and wondered if there's an advantage in doing so?

So, I saw iNcontroL do this on his stream last night and I wish I had captured it for you because it really illustrates why this is such an important move: It controls the point of attack.

Back in Broodwars it was very common for your buildings to form a nice arc in front of your mineral line. The reason being that back in those days, every race had powerful melee and ranged units very early on. As a result, the arc allowed a player with ranged units to control where the opponent's melee units would attack in an artificial choke.

Starcraft 2 differs from Broodwars in a number of important ways: Smaller ramps at all naturals, mean you have a natural choke at every main base. Additionally, smaller bases mean that its easier to use buildings to create a wall to your natural choke, or from that choke to your natural expansion. This creates the line phenomena you observed, which has replaced the traditional arc

The reason you see players do this largely against Zerg (and less so against other races) is because the balance of Ranged/Melee is now distinct amongst the races. Terran have a fairly ubiquitous ranged early army, where as Zerg's army tends to be almost always Melee (or short ranged) early on. Though some players would rather opt for a Wall-In, that has disadvantages, and often is not practical for expansions. As a result, it is often a better idea to build your buildings in a line (especially warp gates, where it doesn't matter where you put them).

Finally, let's get to the reason that building these great walls is a good idea. If you have a range advantage on your opponent (or even if you both have a lot of short range), then if he attempts to bust your wall, you can harass him without taking damage to your army (your wall absorbs it instead). Most enemies will almost immediately realize why this is disadvantageous and withdraw. For them to attack you, they're forced to run around the wall (sometimes taking damage in the process), and engage at an artificial choke point. The Choke has long been known to give an advantage to the force with superior range, and since many natural expansions lack a choke, this artificial choke gives you a new advantage.

Whether or not you choose to wall-in, its important to know why you opponent might, and understand what its trying to accomplish. Usually the advantage provided by these walls starts to disappear in the mid-game, as players gain access to more ranged units and people start putting their army in front of their wall.

Its worth noting that recently a number of Zerg players have shifted to what is called a high economy baneling bust. This is a move specifically targeted at these kinds of walls (and more general wall-ins). This utilizes an unusually high number of Banelings to break the wall, followed up by rushing Speedlings into the natural Mineral line. As a result, its important you keep your army at the part of the wall closest to the enemy, so you can catch this bust in action, and only move towards the choke when your enemy does.

I can think of two reasons for this:

A combination of the two is probably the main reason. It's defensive since it can protect your workers, but, if your opponent splits up their forces so you can't do that, you can simply overwhelm one half of the opponents army.

15
Why don't the pros kill the scouting probe as it passes through their mineral line?
7
Build orders: What is the timeline & how much can each base support?
15
Why do Terran players use the Marine blob micro move?
10
Why do Zerg players build their Evolution Chambers quickly?
26
Why is Zerg considered behind if they don't have 1 more base than their opponent?
10
How to deal with 2v2 rushes?
15
Why do players float buildings around with troops?
11
Why do Terran players bring SCVs with their main army so often?
0
As terran, what are the most common techniques to block off the entrance ramp to your base?