Can I get the Emprise shards without killing this dragon?

One of my runs through Dragon Age Inquisition is getting pretty high-level, and nearing the end of the game. As such, one of the things I'd like to do is complete all the Shard collection quests, and pick up the resistance boosts that result, to make later dragon hunting a lot easier. Unfortunately, while trying to gather all the shards in the Emprise Du Lion, I came across this Ocularum: 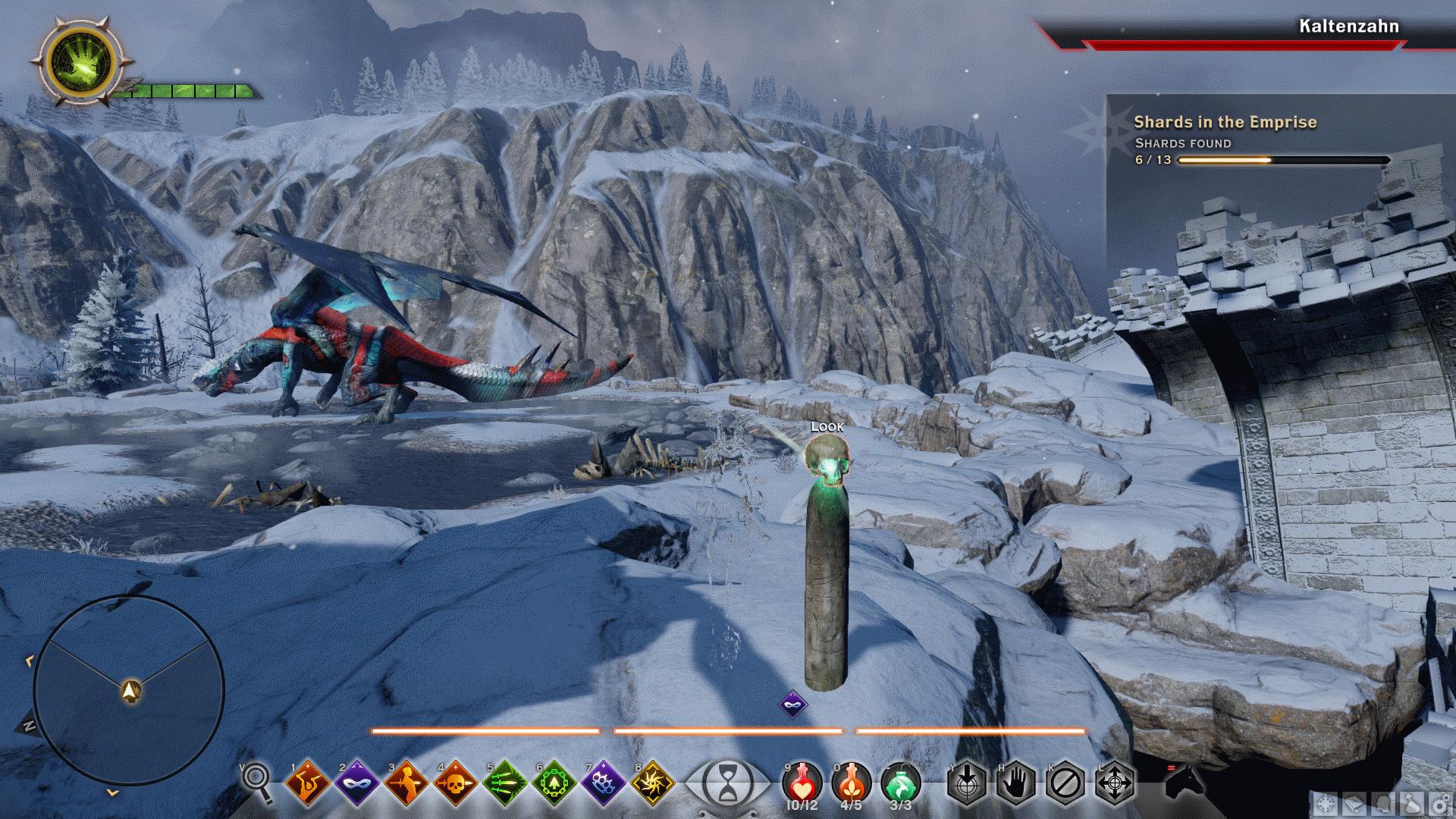 As you can see, even though I'm invisible and not engaged in combat, because the dragon is a boss fight, its health bar is still up. Because of this, I can't seem to get my character to activate the Ocularum, and find the shards; I'm considered in-combat despite having put my weapons away, which is normally enough when around regular enemies.

Is there any way at all to activate it without having to go through the trouble of killing the dragon?

Sort of complicated, but stand next to the ocularum, activate an ability, and hit the tactical camera while in the animation. You can then click to interact despite being in combat. Unpause the game and you should enter ocularum mode.

So, in spite of this being months later, I just encountered this problem. If you stand in front of the ocularum, save there, then reload, the game will let you activate it. It worked for me, anyway. I found the last seven shards on that map then hightailed it out of there so I could fight the dragon later.