How to use the king and queen in clash of clans

I placed the king and queen tiles (i.e. the heroes) near the center of the village surrounded by at least two fortification walls, each wall separated by buildings, like this. 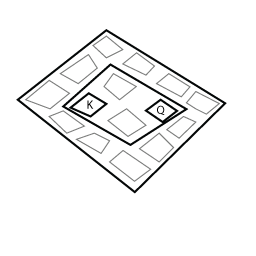 When the village is under attack and one attacker's soldier enter the hero's range of attack, the hero moves in direction to the attacker but stops when the attacker dies, even when there are more attackers in range.

It seems as if there is pause after the hero detects the attacker but before he/she stars moving in that direction, so the end result is that the heroes just freeze, until there are no more attackers in their range.

And that sequence repeats again and again, with each attacker in their range.

Its just what it is man, I know it sucks. The AI isn't very good for the Kings and Queens. I advise upgrading your other defenses and getting them higher level than trying to work with broken AI