I am trying to replace certain blocks in this case lime wool with a command block that contains a certain command.

The following command to replace lime blocks with stone works:

However the following to replace with command blocks doesn't work:

Command blocks aren't set and I am unable to figure out if it is even possible to add a command to the command block with the replacing specific blocks command. 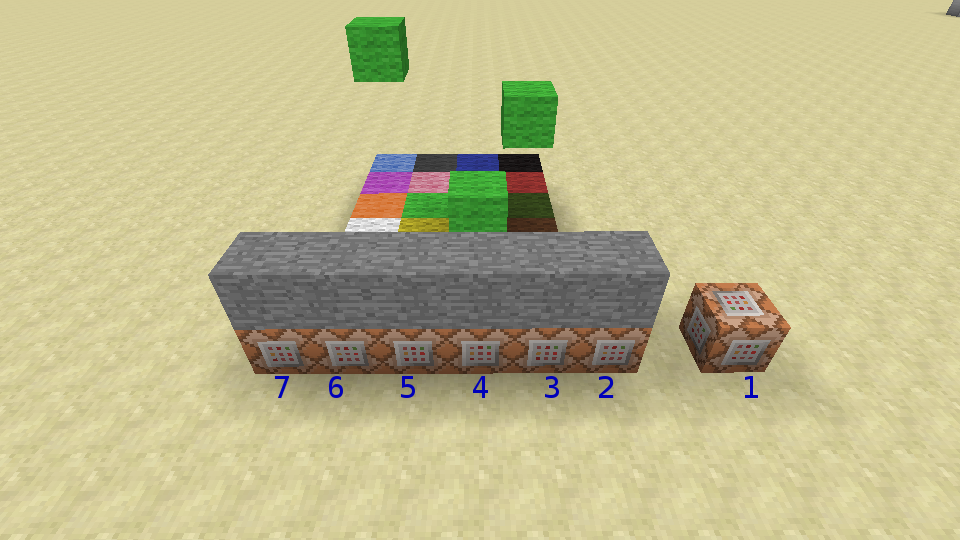 I'm using tilda notation in my command blocks to reference the 4x4x4 area with the wool, but it may be desirable to use absolute coordinates for production purposes. In any case, the commands in the command blocks are as follows:

After hitting the button on block 1, we see the following: 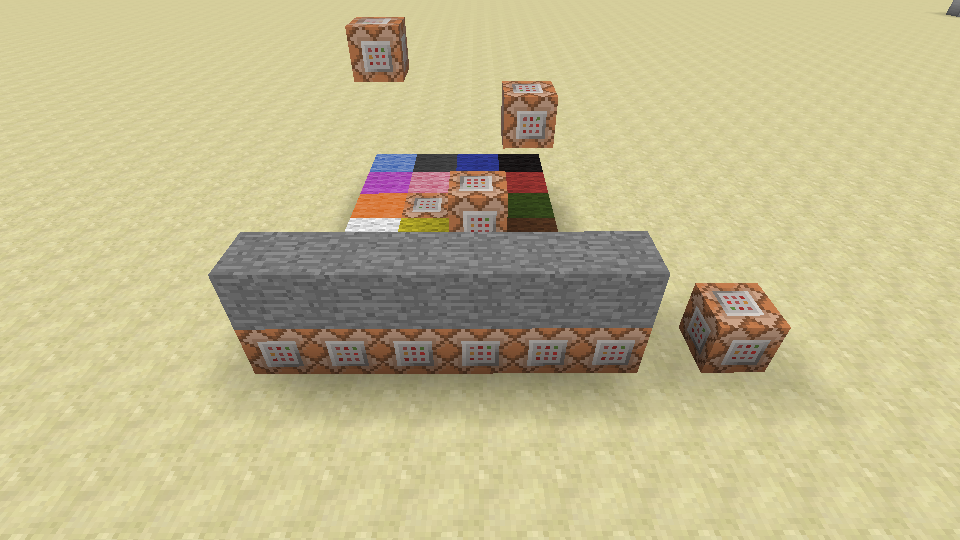 As I said earlier, if your target area doesn't contain air blocks, then you can forego the two command blocks that set and reset the barriers. Simply remove them in that case.

Interesting problem, i can't get it to work either. Placing command blocks with a command i do know, but it doesn't seem to want to replace only certain blocks.

Here is the command for filling it with command blocks with a certain command, without the block specific: