As a PS+ subscriber, I have already purchased many games using the PSN for my PS3, why can I not find the games listed on my PS4?

I am a PlayStation Plus subscriber and have made many game purchases when using my PS3. Why can I not find any of my already purchased games on my PS4?

I have tried searching the PSN for my list of purchases but I am unable to find any transaction history, nor can I find my games downloaded list! I would like to know why? As I'm not prepared to purchase games I already own.

If this is the case, then why do I need to subscribe to the PlayStation Plus because I was under the impression that in doing so, all of my transaction history and game data would be saved for my individual account regardless of console? I have an example: Assassins Creed Black Flag, a game I'd pre-ordered, and bought the season pass, which totaled over £80 pounds. May not seem that much to some people, but if I'm expected to do it all over again and every time a new console becomes available, then they are going to lose my custom.

First to check to see if you're actually using the same account on both consoles. The fact that you can't see your transaction history makes me suspect that you might have created a new account for your PlayStation 4 instead of reusing you existing account.

Otherwise in order for a game that you bought from the PlayStation Store for the PlayStation 3 to be playable on your PlayStation 4 two things need to be true. The first that there must be a PS4 version of the game. The PS4 isn't backwards compatible with the the PS3, so any game would need ported to the PS4 for you to play it on you new console. The second thing is that the particular "product" you bought needs to include both the PS3 and PS4 versions of the game. Most games aren't sold with both versions bundled together like this, so you need to buy separate versions for each console. Most developers will want to be paid for the work they had to do to port the game to the PS4, so this shouldn't be too surprising.

For example, Assassin's Creed IV Black Flag is available on the PlayStation Store in both a PlayStation 3 version and a PlayStation 4 version. These are separate products you need to buy separately. An example of one of the few games that you can pay one price and get the PS3 and PS4 versions, along with the PS Vita version too, is OlliOlli.

If you look at where it says "Playable On:" on the store page you can see the difference between the games: 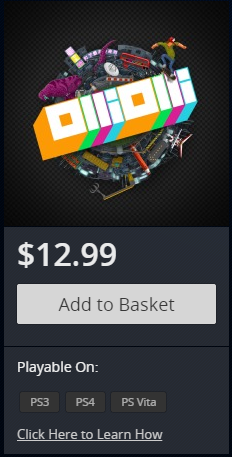 There also the PlayStation Now service you may have heard of. This service lets you play games on your PS4 (and other Sony devices) by streaming them to you console. This works by running the games on Sony's servers (modified PS3s) and streaming the video output to your console. Unfortunately your purchase of games on the PlayStation Store doesn't entitle you to play these games on PlayStation Now. You have to pay a rental fee if you want to play them using this service on your PS4 or other device.

A more specific answer to your question is that PS3 games are are not shown on the PS4 because the PS4 storefront only shows PS4 and PS Now games available to play. The PS4 is NOT backwards compatible.

On games or DLC that you might have purchased on the PS3 that provided you cross-play availability (note some games have gained this after the fact), these do not show up automatically in your Library. You must go to the store to License them where they will normally be marked "FREE" or "Download" when you find them. They also do not come up in a list of "free" games as they are cross-play free if you already own the game on another platform (PS3/Vita/etc).

Personally I use the Sony PlayStation store website to do all of my game management, you can push downloads out to your PS4 from there as well.

You can also view all of your past transactions, search for cross-play games that may be free, etc...

0
Can one PS4 account not have the benefits of the main PSN account on the same PS4
1
If I purchase a PS4 console with online games already bought and want to use my own PSN account, will I lose the games?
2
Can I transfer my purchased games to the PS4 by signing in with same PSN account?