Hearthstone's visuals suggest that the game is played in a tavern in the World of Warcraft universe on a (possibly magical) game board. 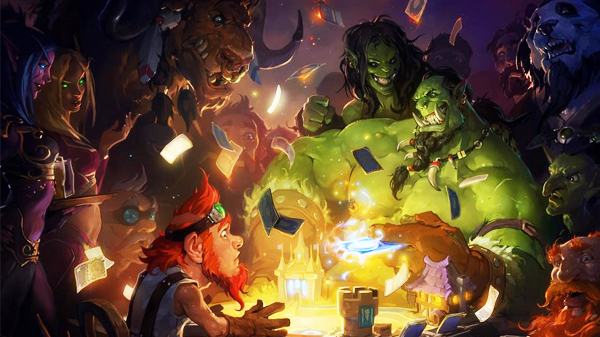 Is Hearthstone a game-within-game in WoW? When you play Hearthstone are you actually playing a character who's sitting in the tavern playing the game? Is Hearthstone mentioned in World of Warcraft?

Since Warlords of Draenor, there have been multiple Hearthstone reference added to the game:

Thus, we could safely conclude that Blizzard is kind of trying to add Hearthstone to the lore of their Word of Warcraft game by implying that Hearthstone games are played mainly in Orgrimmar, Stormwind, Stranglethorn and Pandaria (out of the four boardgames currently availables).

But those are still easter eggs at their current states, as we've never actually seen NPC playing Hearthstone in the game. It seems a bit weird that the common NPC would be playing as Jaina against Thrall, using demonic and draconic entities. (But Blizzard's NPCs are always a bit off so it's a possibility nonetheless.)

It's more of an opinion-based at the moment but I'd say it would be accurate to add this in a Role Play lore or assume people are playing Hearthstone in Stormwind's inns, thanks to the easter eggs added by Blizzard.

Thanks to Michael Hampton for pointing that out: there's a game actually being played between Merra Finklestorm and Waina Steelpaw in front of the Shrine of the Seven Star (and probably at the Horde counterpart too). We can't talk to them but they sometimes let out things like "I need to rebuild my deck". There's probably other players in other cities too. 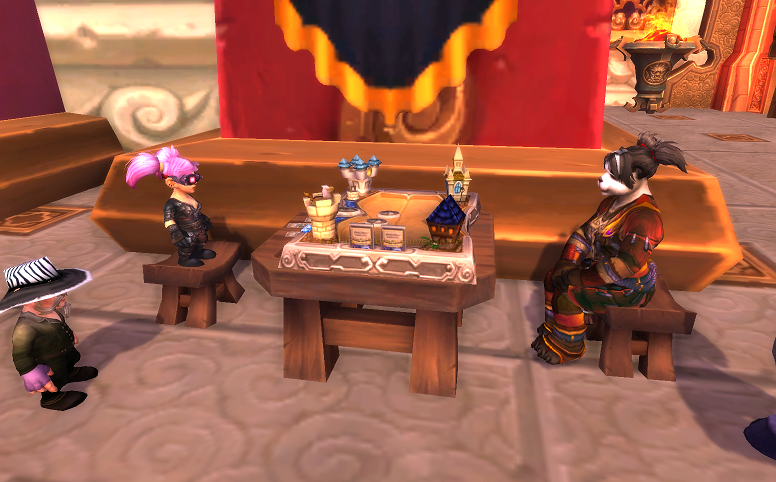 And as many have said, it's not stricly speaking "a game within a game" which could be played through World of Warcraft, but it is nonetheless a game that does take place within the World of Warcraft universe (which was the original question the OP asked for).

Hearthstone is set within the Warcraft universe (so no Sarah Kerrigan card will be incoming), but that is about the extent of the known "lore" about the game.

While there are Hearthstone items in World of Warcraft itself, there's no way to tell if the intent was for it to be an actual, playable game, or merely Blizzard self-referential humor.

If anything, Hearthstone's tutorial implies that the heroes are actually playing against each other (as in, you're not playing Jaina, you are Jaina), which makes no sense within the warcraft universe, simply because half of the class heroes are canonically dead.

TV Tropes would call Hearthstone a Gaiden Game to World of Warcraft:

A game which is related to another game by taking place in the same universe, but has completely unrelated plot and game mechanics.

Simply putting it like you do would be wrong. Like already being mentioned, lore is being used to give the game a theme. Playing a random Starwars game would not mean you are actually being an actor, knowing mr Lucas and playing a game together with Jabba the Hutt. You are just playing a game with the Starwars lore.

Not the answer you're looking for? Browse other questions tagged world-of-warcraft hearthstone or ask your own question.