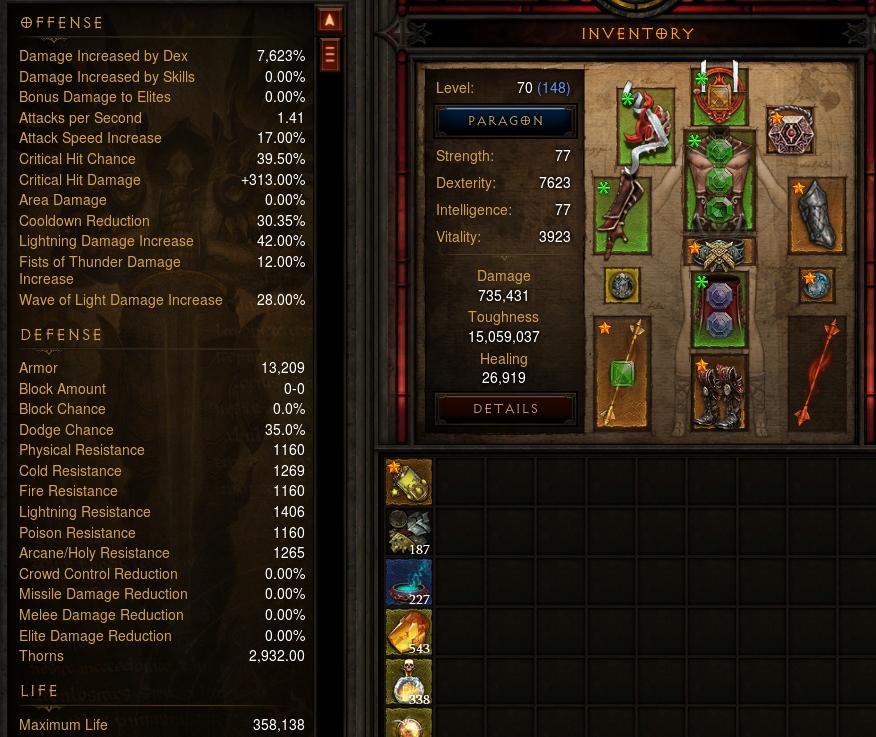 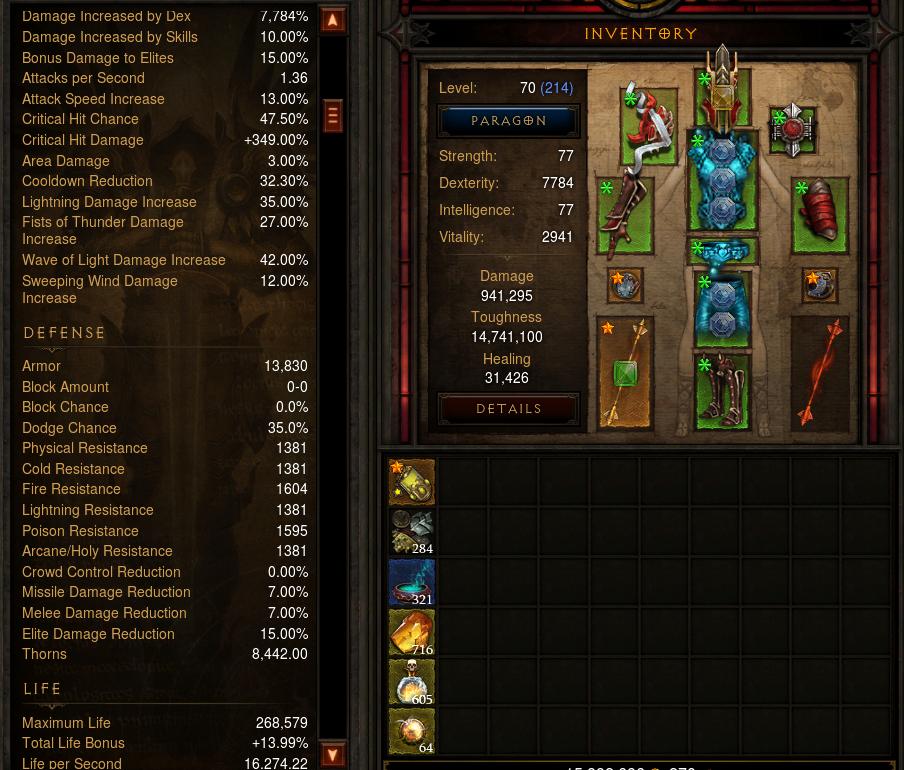 85
What does the Damage stat on the character sheet actually mean? How is DPS Calculated?

8
What is the preferred order of DPS stats for the Monk?
7
Is there any guaranteed way to complete the Like Water achievement?
5
+% life vs +% resistance
7
Diablo 3 plus % elemental damage overall or just on that elemental attack?
1
How should one weigh Critical Hit Damage when selecting equipment?
6
Can I enchant additional affixes or effects onto items?
3
How does attack speed affect damage for various skills?
4
What exactly does the chain lightning effect on my Odyn Son do?
5
How are all the damage bonuses applied?
3
How do elemental damage buffs work with non-explicit skill runes?