Emperor's Helmet not in inventory after spawning it in

So I used console commands in Oblivion to spawn in the Emperor's Helmet, but it isn't showing up in my inventory. It has the weight added but just not the icon to equip it.

If the item you added in the console can not be seen in the inventory, that means that the item was not meant to be used by the player (as answered by @z '). However, you can use the player.equipitem <form ID> console command to force equip it onto your character. (The form ID of the Emperor's Helmet is 1FED2.) 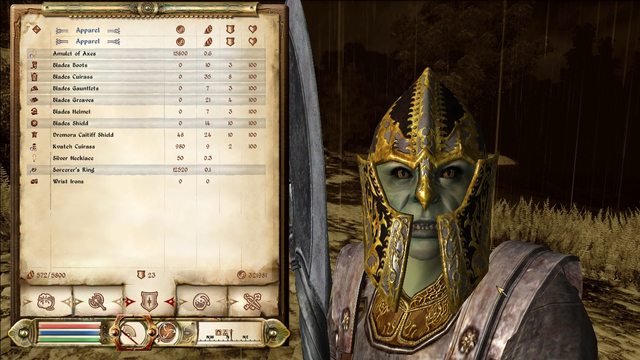 If you're willing to use the Construction Set, you can mod items to be player usable (allowing them to shown and be equipped in your inventory) by locating them in the CS and checking the "playable" box.1

Some items aren't meant to be player usable. Even though you can add it via the console you won't be able to equip it from the inventory menu. The only thing you can do is use the console to remove it.

Not the answer you're looking for? Browse other questions tagged the-elder-scrolls-4-oblivion or ask your own question.

22
Gameplay differences between Morrowind and Oblivion?
5
Why can't I open the console in Oblivion?
4
Are there alternate ways of opening the console in Oblivion
7
What happened to the East Empire Company?
1
TES IV Oblivion - horrible performance on modern hardware
5
How do I complete quest a with an untriggered event in Elder Scrolls Oblivion?
1
How do I restore DLC content in Oblivion Game of the Year edition?
3
What is the name of the maximum training level setting?