Can someone please help me make this game a bit less infuriating and time-wasting than it is, by explaining how I can gain access to the southern part of Crestwood? I'm trying to do "Here Lies the Abyss", and cannot go remotely close enough for the walkthrough videos to be useful—they assume that I already arrived at Hawke's spot.

Here is a screenshot of the zone's map for me with the fog-of-war I couldn't access: 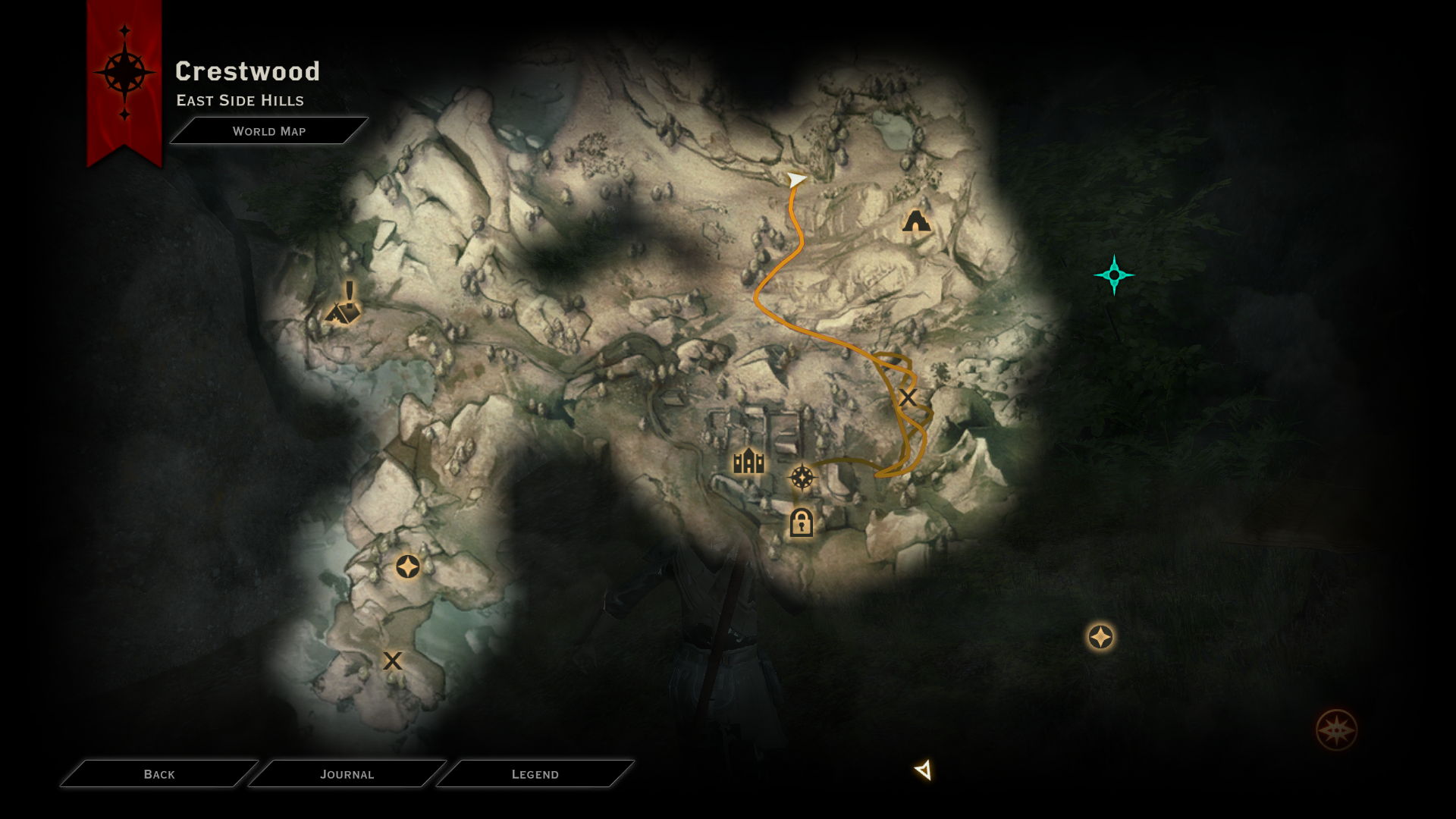 South Crestwood becomes accessible after you get a certain way into the main quest for that area. You should have received a quest as part of this to recapture the old fort, which you'll find if you follow the road south out of Crestwood.

There is a path in the southern part of the town in Crestwood (the place with the Mayor and the houses).

If you follow that path south you can reach the cave where the Grey Warden friend of Hawke resides.

All this can be done WITHOUT draining the lake.

Source: I did it myself.

I got some help on another site from a user called HarukoBass; he at least confirmed that the southern part of Crestwood is not blocked, and that made me look some more, and I eventually found the path.

The path marked with red in the following screenshot was the part that was not clear to me, and I couldn't find it until someone confirmed that at least some path is accessible: 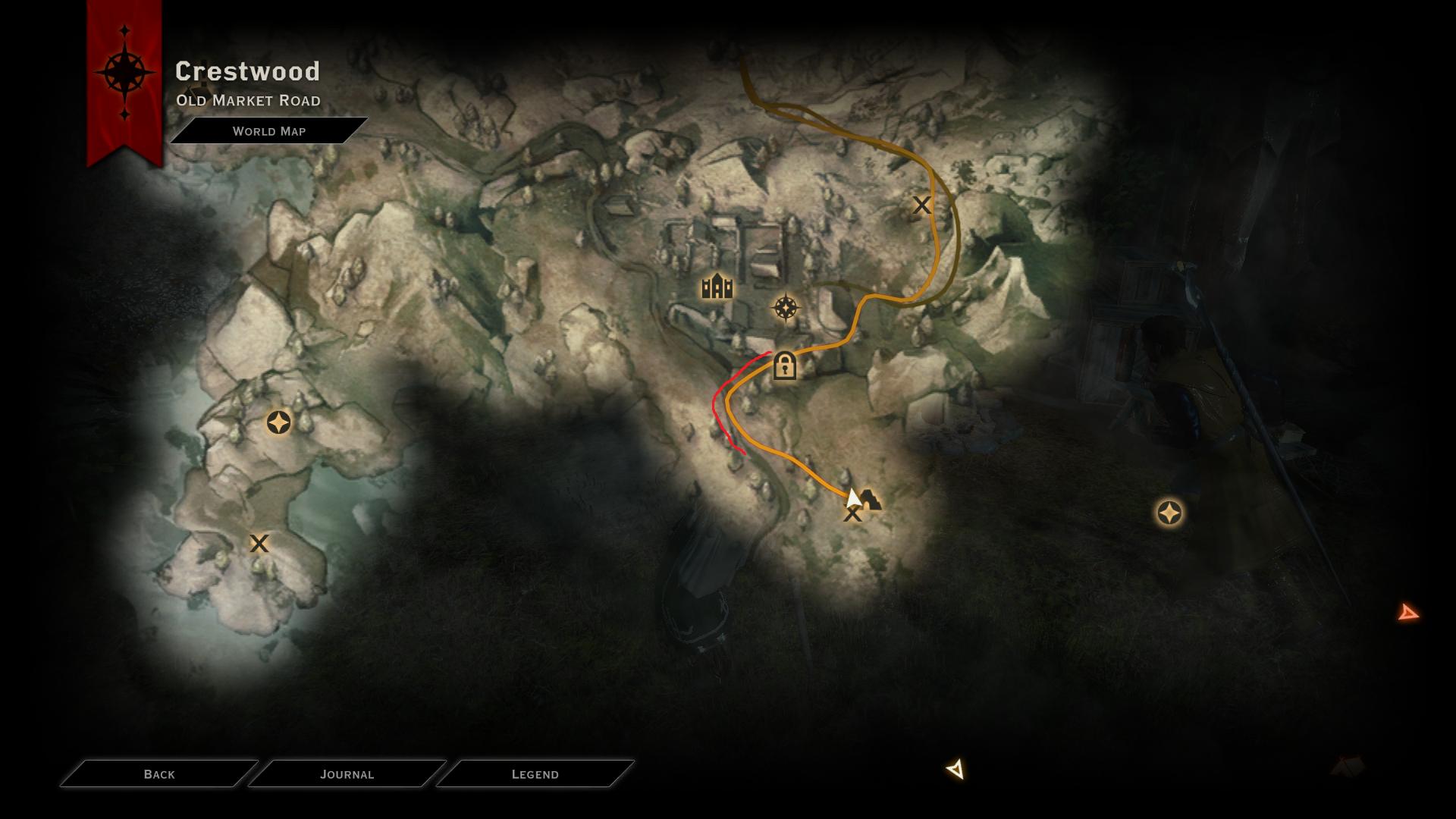