How can I find out how many Science Stockpiles have I activated?

I'm currently playing as Cultists, which means I get a lot of Industry and Science Stockpiles. As I understand it, I can use at most stockpile per turn (and per city in the case of Industry Stockpiles).

With Industry Stockpiles, it's easy to check how many activated stockpiles (or "boosters") are remaining on the city screen: But Science Stockpiles apply to the whole empire, not just a single city, so they're not shown on the city screen: But they're also not shown in the Empire Bonuses section of the Empire Screen: So, is there some way to see them? 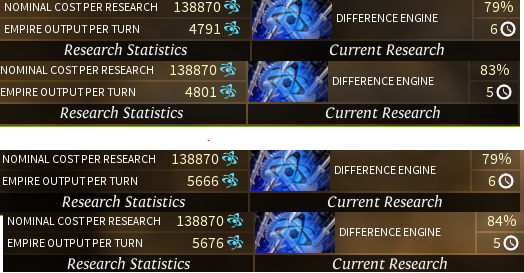 If you think you have more science boosters than will be needed for the rest of the game you can dispose of them in other ways:

1: Trade to another faction - this has restrictions as shown below

2: Sell your stockpiles on the market - at a rapidly diminishing price 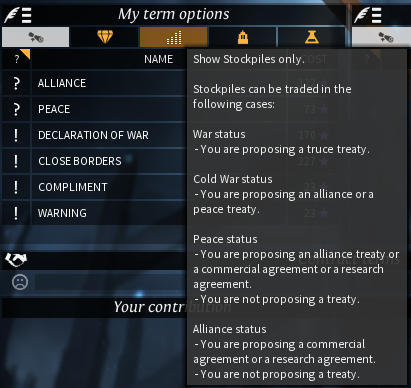 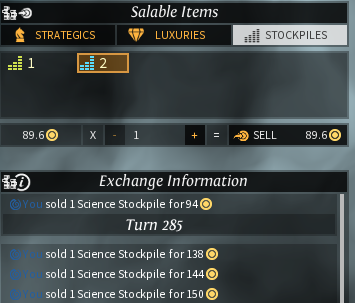 9
How do ‘assimilation effects’ work, in Endless Legend?