What happens if I buy a game I already own through Steam a second time?

I am debating whether or not to get the Potato Sack (yes, I realize I've been debating for several weeks now) bundle through steam.

I already own: Defense Grid: The Awakening, Super Meat Boy, and Audiosurf, all of which are part of the sack pack. What happens if I buy the Potato Sack?

Do I get 2nd copies of the three above mentioned games to gift elsewhere?

Is the price of the bundle reduced by the games I already have?

Do I get nothing special for already owning those 3 games?

As of March 2016, Steam now subtracts the price of owned games from bundles, so you don't have to re-buy them.

"Past Complete Packs were sometimes a bad deal for customers that already [owned] one or more of the products in the pack," Valve added. "Either it made bad economic sense for those customers to purchase the pack, or they just felt bad about doing so since it [looked] like they were paying for products they already [had]. The new Steam Bundles system addresses this.

In fact, here's a bundle viewed from my own account:

Note how the base price of the bundle is about $5 cheaper when I'm logged in.

However, it's important to note that Steam makes a distinction between "bundles" and "packages".

Packages are a fixed price - if you already own something in it, you dont get a lower price or a second copy. Bundles will take out content you already own and adjust the price accordingly.

With packages, the prices are fixed, and you pay the full price no matter what. So it would be silly to buy the game and then buy the game + OST package. Because you'd be paying for the game twice and only getting one copy.

Before buying the game: 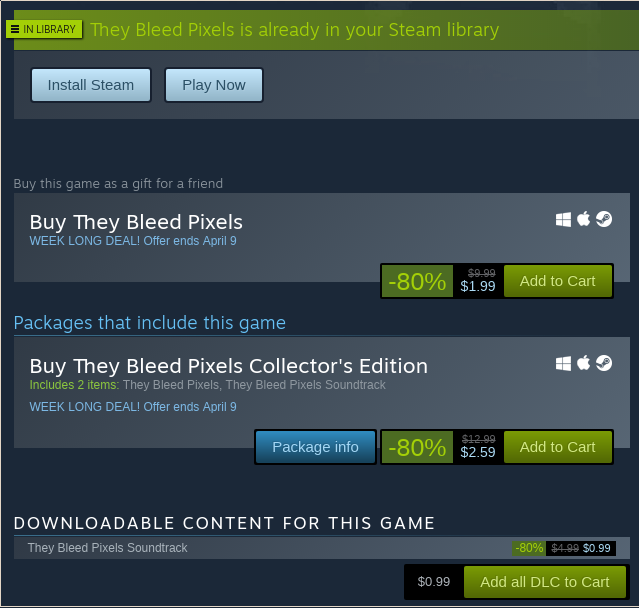 That base price won't budge.

...I just bought a game to illustrate a point.

Steam won't let you buy the same product twice (without it being a gift). For your particular case with the with the Potato Sack Pack containing things you already own, on the product listing it mentions:

Already own one or more of the games in this pack? Not to worry, you can give your extra copy of any game in this pack to a friend.

Extra copies are essentially the same as gifts, and you can freely give them to whomever you want. The recipient need not have a Steam account, the email Steam sends will instruct them how to make an account.

However, you are by no means guaranteed to get extra copies when you purchase a pack containing games you own; the Steam KB mentions

Extra copies are not given in most cases.

It lists a few (Orange Box, L4D packs, Dawn of War II), but obviously if the product page explicitly mentions so, then that would take precedence. Additionally, the cost of a pack is not prorated, regardless of you already owning some parts of it.

For some games at least, Steam will notify you of this overlap (and loss) when you're reviewing (before) your purchase. For example, below, I already have Far Cry (1), so when I buy the Far Cry Franchise pack (includes 1-3), I'm effectively wasting that bit of it. 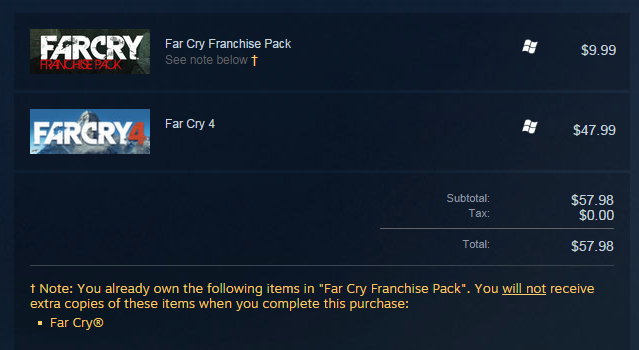 In order to gift the spare copies, in the Steam client go to Games >> Manage Gifts and Guest Passes... There it will list all the extra copies you have to give, and you can either give them to someone else (or yourself, if you don't have it). 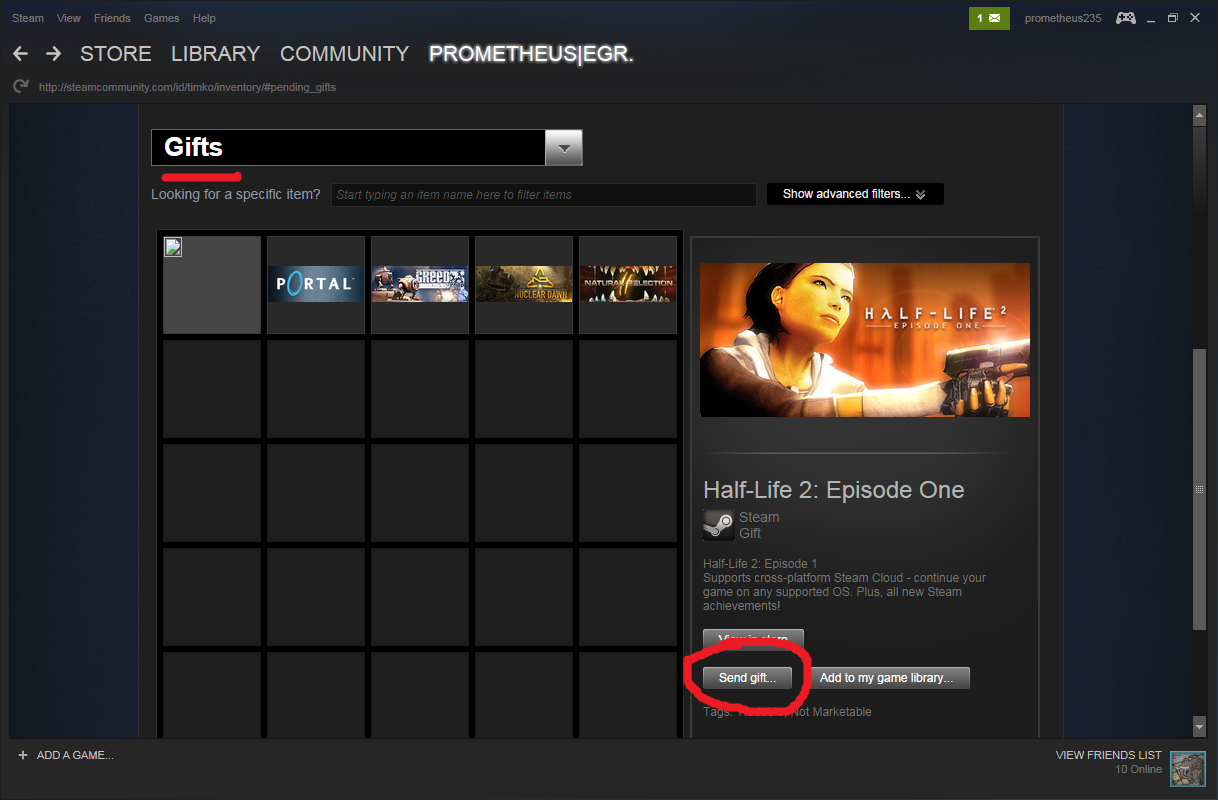 1
Give away duplicate steam game
1
Buying game collection that contains game that I own Steam
1
If I have two copies of the same game, can I Gift one of them?
7
Should I purchase a Two Pack for myself or as a gift?
10
What happened to Steam's second hand game market idea?
5
Where's my [Classified]?