From which game is this image of picking a lock on a broken door?

While viewing the image gallery Video game logic, one image in particular I thought was funny but I have no idea what game it is from: 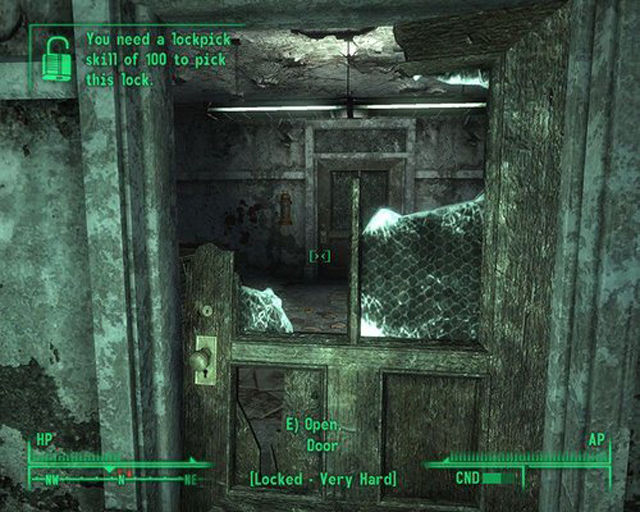 What game is this here that requires a lockpick skill of 100 on a door that any normal person could simply reach over and use the doorknob from the other side?

You can tell it's not from New Vegas because the CND bar on the NV interface is slightly different-- it includes a marker at 75%. 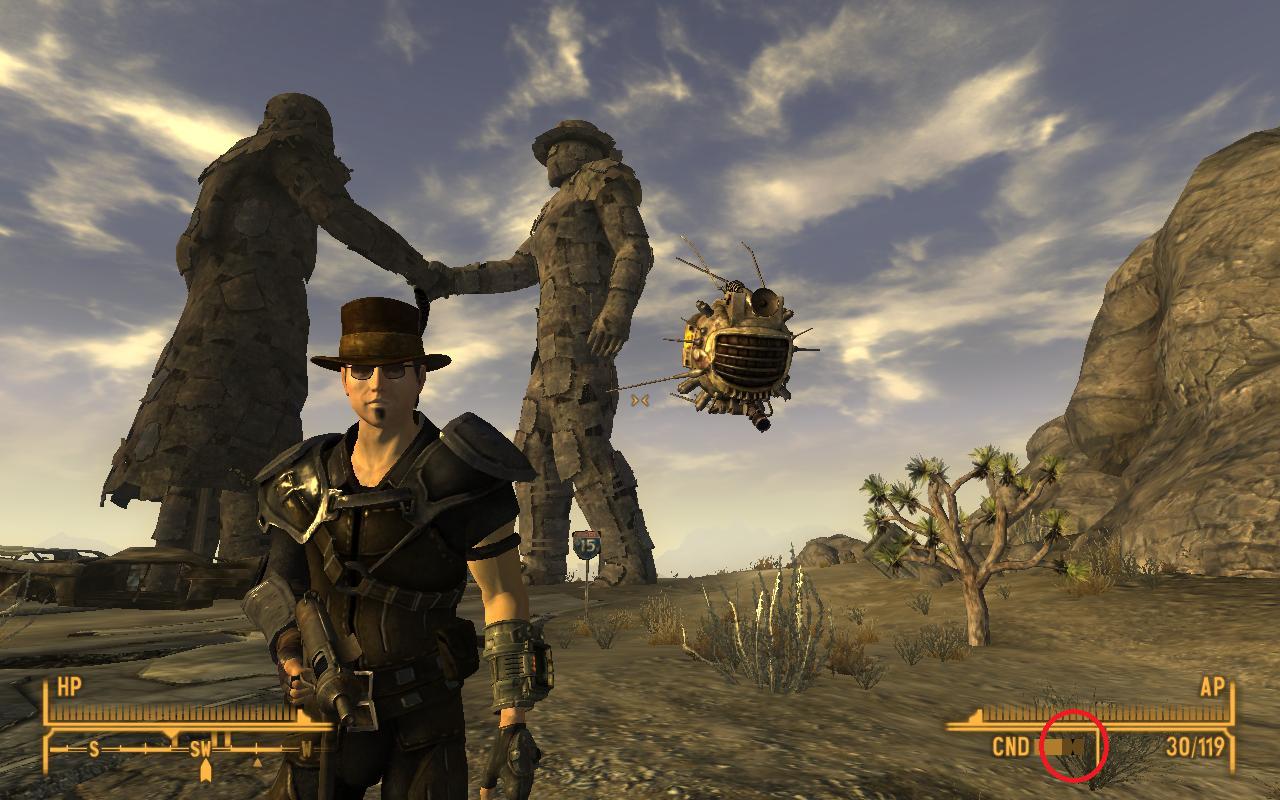 Here's a screenshot from New Vegas with the difference highlighted.

I agree, the design of this mechanism appears somewhat flawed. However, (as people have stated) this is from Fallout 3, which was released in late 2008, from Bethesda (who also created the similarly epic "Elder Scrolls" series).

It is a free-roam RPG/FPS style game, set in an apocalyptic future after the Nuclear Fallout.

The Wikipedia entry has a fairly in-depth description of the games timeline and history, and there is also a few wiki sites dedicated purely to Fallout 3, like this one that has a far more in-depth and detailed collection of information about the game itself.

That'd be a screenshot from either Fallout 3 or its semi-sequel, Fallout: New Vegas. The games have a nearly identical UI, and both use most of the same art-assets. Certainly the "broken wooden door" seen above appears in both games, and is sometimes locked in both. There is, unfortunately, nothing unique in the picture above to identify it as belonging to anything other than both games' "generic office" tileset, which is used in a wide variety of environments in both games.

For what it's worth, the HUD in this particular screenshot is the default green color used in Fallout 3. New Vegas's default HUD color is more of a sand brown. However, the color scheme in both games is configurable.