How to replay a League of Legends match?

I have seen some videos (on YouTube) of LoL games where the commentator analyze the match and he's able to move freely through the map.

Are these video made from a streaming live game or are they made by replaying something saved locally on PC?

How to save and replay a match?

You can record games with http://www.leaguereplays.com/

The LRF file just plays with the game itself. You can browse the match, but you don't have information your character did not saw during the game.

Besides those limitations, I think it is possible to record video of this with comments.

This feature has been added as of season 7. Here is the announcement from Riot:

That brings us to where we are today. We are ready to announce that Replays are coming to the League client update this pre-season. 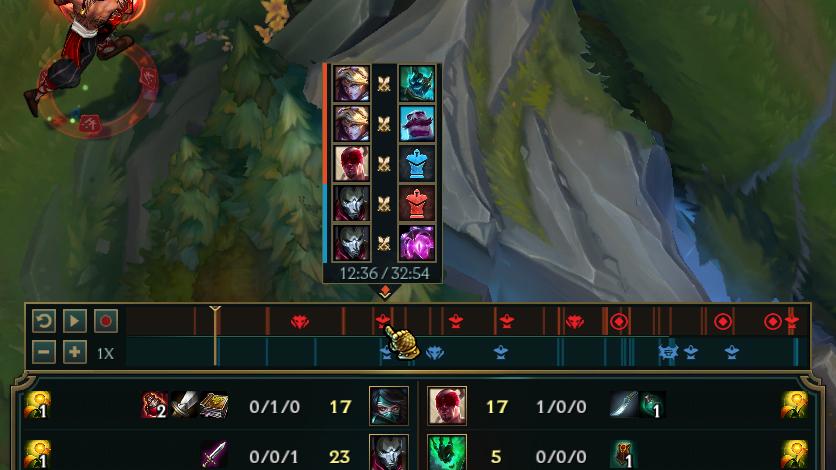 Here’s how it works:

With all of those pieces put together, you’ll be able to quickly capture, save, and share your favorite moments on video to share whenever you want.

Note that the full-game recordings (.rofl) give you all the features of spectator mode, so you can see more than your own team's perspective.

I have the Alpha Client, so here's a screenshot from my match history:

Replays currently expire after three days. Once a replay has expired, the button will be grayed out.

Edit: the previous version of this answer is out of date.

You have to do some initial setup but after that it works automatically, sending you an email after each game. The email contains instructions on how to view the replay, which is in spectator format. You view the game using the LoL client, which means you do all the things you can when you spectate normally e.g. rewind, see the whole map, see every player's build.

As far as I know, League of Legends supports no replay functionalities natively. There are some external apps though, please check: http://www.leagueoflegends.com/board/showthread.php?t=504515

One of the more popular gameplay recorders for recording LoL matches is the Plays.tv client. It automatically starts recording whenever you jump in the game and it bookmarks every key moments (KDA, Baron kill, Dragon kill, etc) from the game for you so that you can easily find those moments after your match.

The videos you must have seen, are most likely official LoL streams, for events like the W.C.G or other tournaments. Those matches are ran on a special server (and by special I mean not the ordinary we usually login to play); did you notice on such matches, that the commentator had the whole map revealed? or did you notice that the commentator was actually a 6th member of one of the teams?

Phreak is usually the commentator of these matches, the following are some archived streams from some of the Tourneys, were you can see what I have explained here:
IEM WC LoL: Grand Final
National ESL League
Notice specially on the latter how on the champion selection there are 6 players instead of the routinary 5, 2 of the extra players are MOD summoners, that have a summoner spell (check while the game loads, the summoner spell the 6th player has!) that reveals the map and allows them to move freely through the map.

Now, on your second question, there is no such thing as replays implemented on the game for now, people have been requesting it along with the new map Magma Chamber; I think it should be finally implemented with the launching of Season II.

As far as I know, there are two ways to record a game.

Not necesarily has to be one of two, you can do both. The first one does cost your fps in-game whereas the second one doesn't.

6
League of Legends Client Beta - Where do recordings save to?
0
LoL Replays not running on mid end PC (PH SERVER)