What are the altitudes for the various altitude record contracts?

In career mode, you have the option of taking on a number of altitude record contracts, which are simply to get a rocket to a given altitude. However they're presented one at a time, and if you pass the record for the next contract, you won't be offered it; instead you'll get the one after that. While this might not seem like a big deal, it means potentially missing out on funds, science, and reputation early in the game, generally when you need it the most, especially when playing on hard mode.

So what are the various altitudes for which I can get an altitude record contract?

Using the somewhat aggressive "technique" of "aim down once I reach the altitude objective" I can confirm Lex's answer.

The altitude record contracts are as follows:

The attached image shows all of them in the contract archives, I'd like to back this up with a Wiki Link however it's been down all day 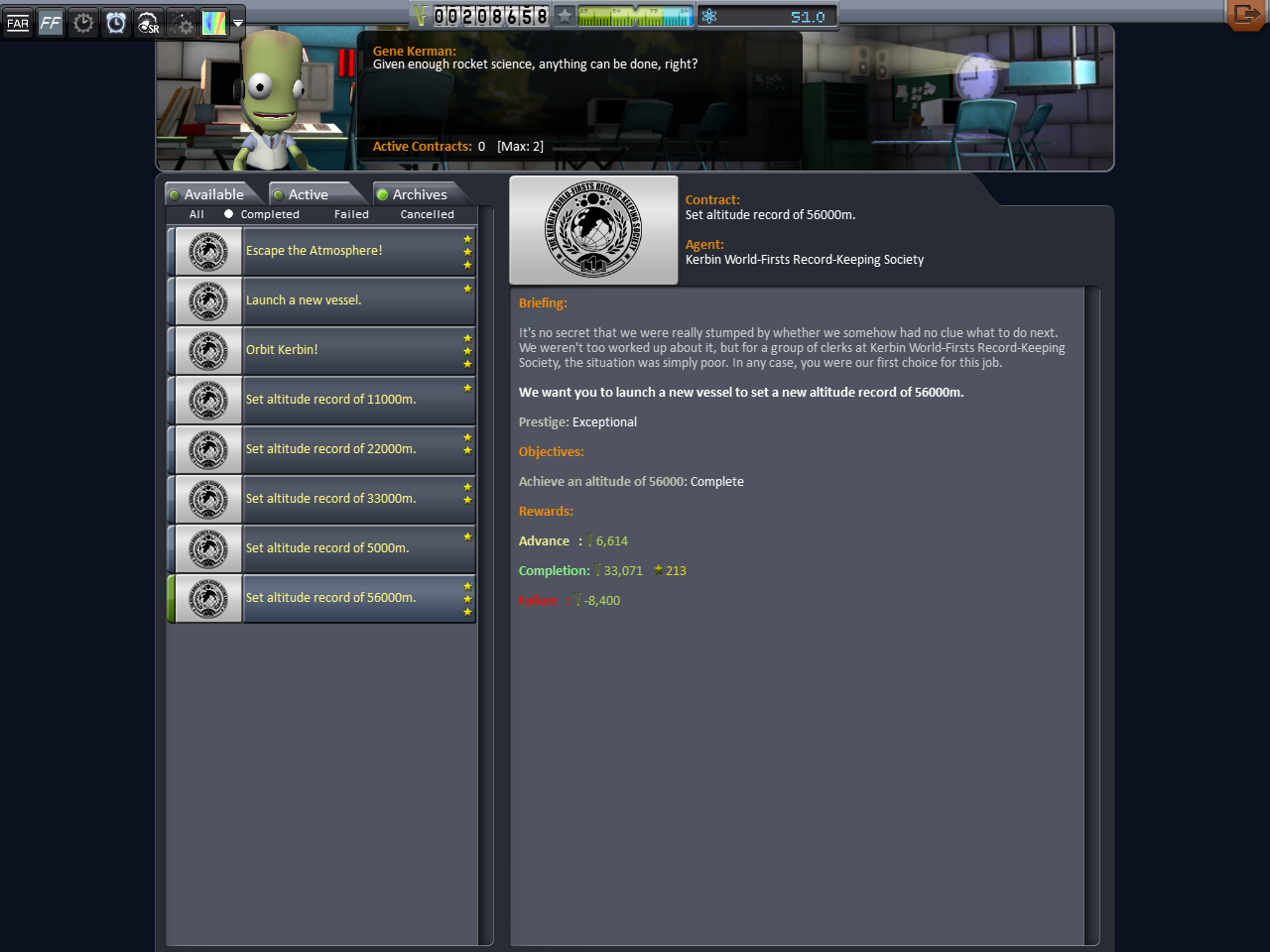 1
Is there a contract multiplier
3
How can I determine the fastest orbit altitude including time warp?
11
How fast should I be going through Kerbin's atmosphere during launch?
11
Build a plane or rocket for Kerbal high altitudes
3
How can I make money in the new career mode?
1
Can't control small probe launch
9
What are the minimum altitudes for each warp level?
5
Why is this mission not complete?
3
What is the reputation formula?
5
Is there really any point to go to Duna without a contract for Duna?