How often is a Powered Rail required to keep going uphill?

When going up a slope, how often must you insert a powered rail to keep your cart going? What is the minimum to keep going at all, and what is a good recommendation for maintaining a reasonable speed?

I also decided to do some testing on this subject. I placed a powered rail every third track, and these 3 track sequences repeated 8 times. 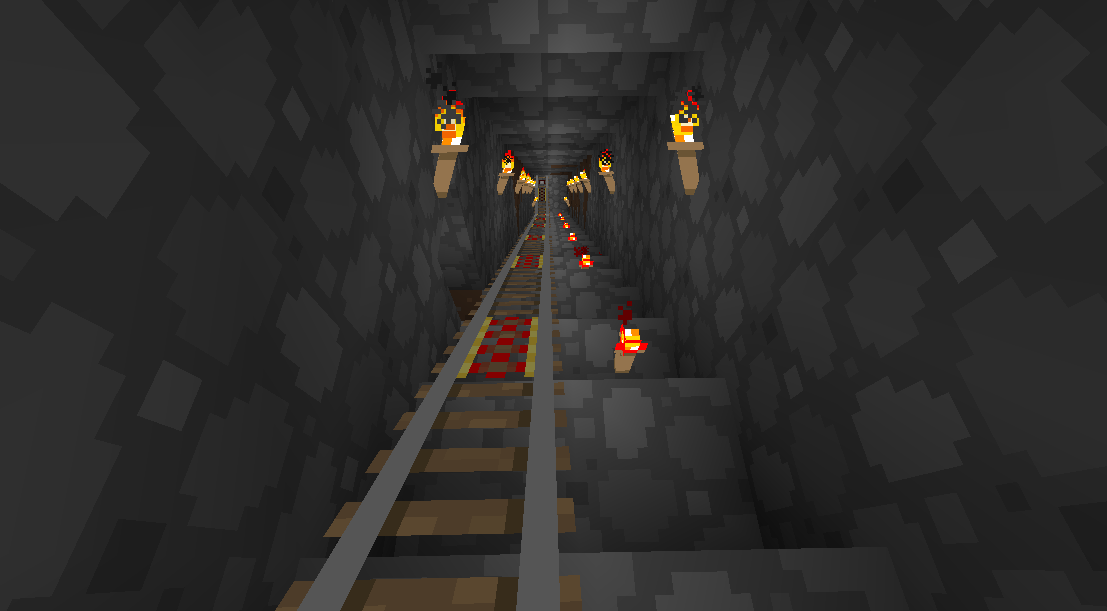 The minecart (with me in it) initially looked like it was easily going to make it, but closer to the end, the cart only barely caught the edge of the powered track to boost it. Depending on how hard I pushed the cart at the beginning, the cart would only sometimes make it past the final powered track to the lip on flat land. 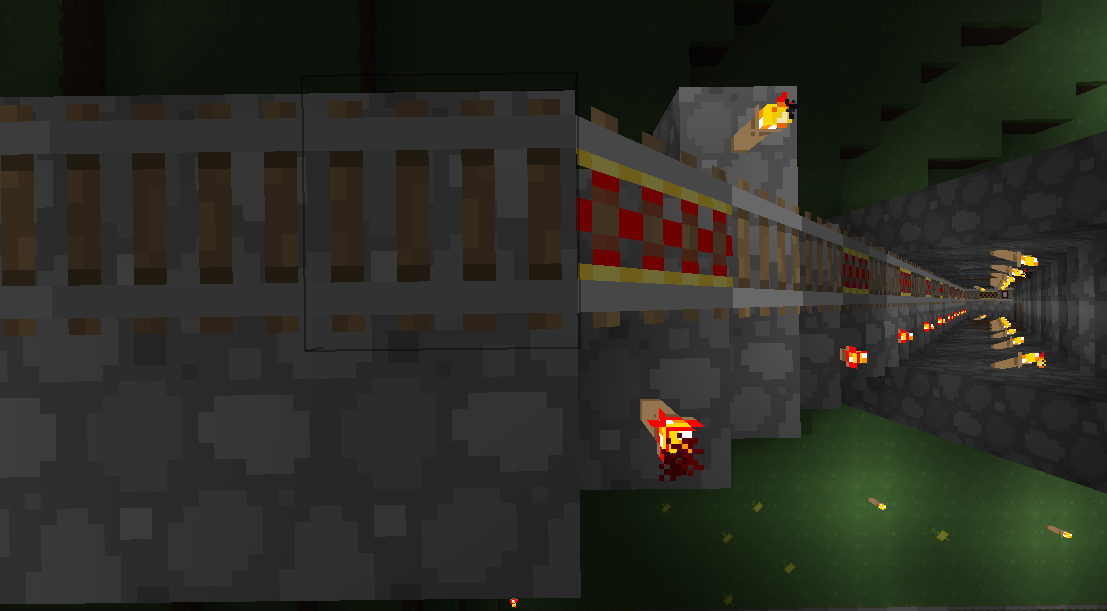 From the looks of my testing, you could get by with 2 tracks between powered rails for very short inclines, but for carts with no entities inside them and longer inclines, you'll need to put a powered rail every other track piece.

I experimented a bit. I placed a solid block to act as a brake, then two regular rails, then a powered rail with a redstone torch beside it, and then a slope. After pushing the cart approximately one block and getting into it, it managed to go up three blocks, but just barely. I tried with a sheep inside the cart and it almost reached three blocks, but it started falling down just before reaching the third meter. This may have something to do with how much I pushed the cart.

An empty cart, however, only managed to climb two blocks.

Pictures of my setup:

With me inside, the minecart managed to climb this: 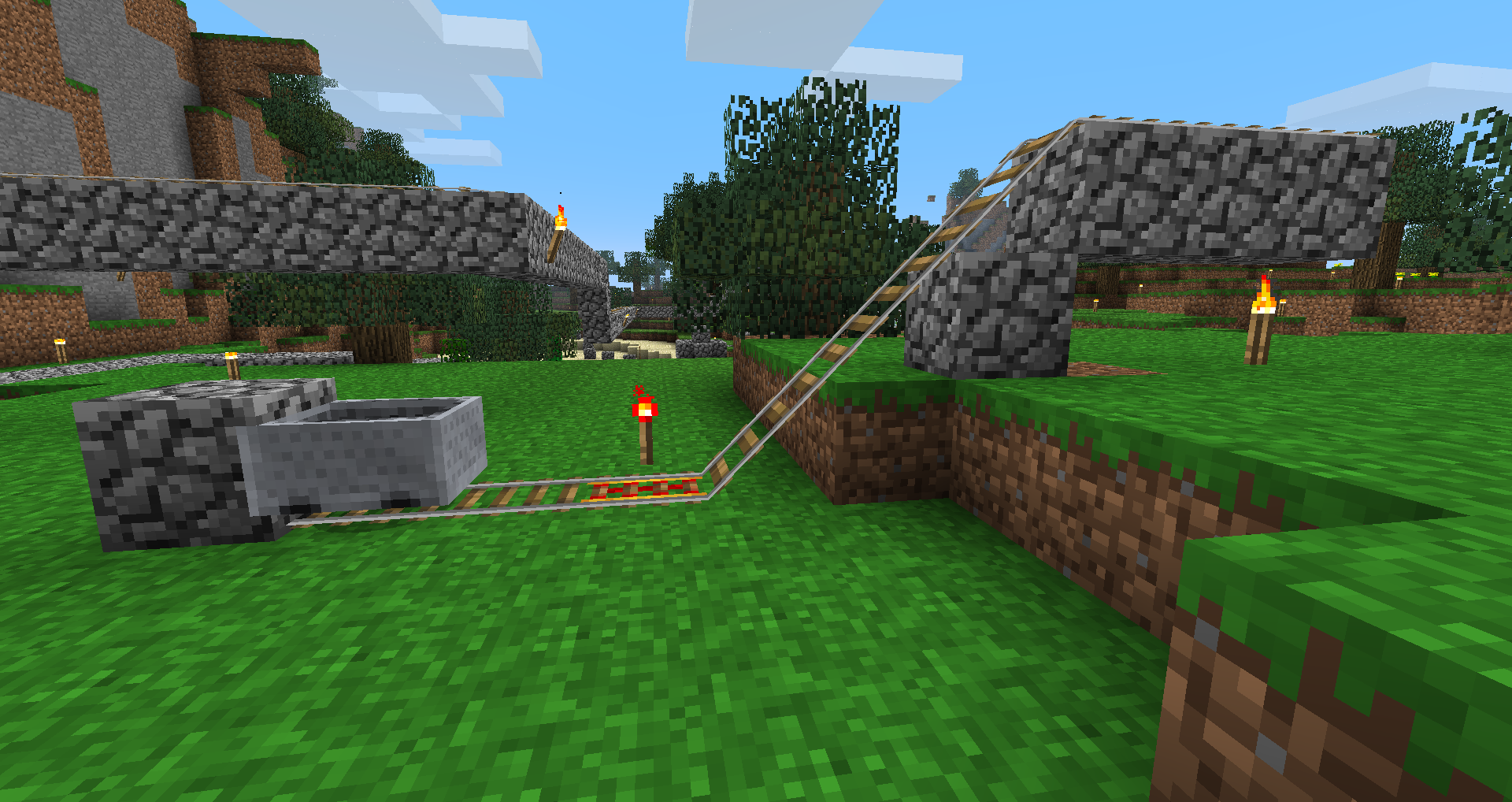 While empty, it could only get this high: 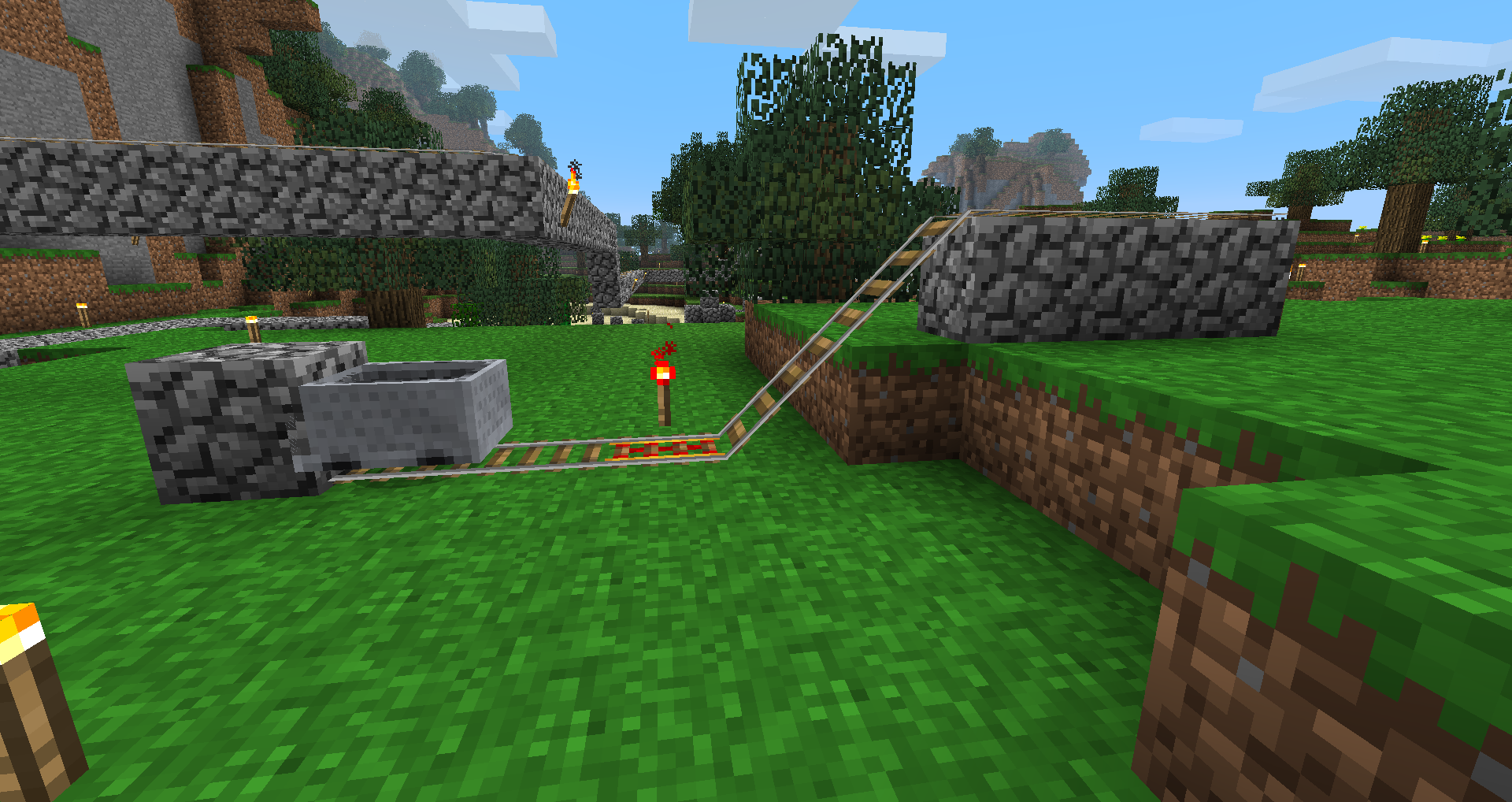 33
What's the maximum number of powered rails in a row that's useful?
7
How to make carts go up an incline?
15
How far apart do I need powered rail to get up a 1 block ledge and maintain speed
5
How frequent do you have to use powered rails uphill?

33
What's the maximum number of powered rails in a row that's useful?
22
How can I slow down a cart without causing it to stop?
5
Powered rail not powering down
12
How long would it take to circumnavigate the minecraft “planet”?
8
Giving a minecart momentum with a piston
4
How can I start a minecart from a dead stop in the middle of a flat track (using redstone)
2
moving minecart once hopper has items, and then becomes empty
5
Detailed minecart physics in Minecraft
5
How frequent do you have to use powered rails uphill?
2
Synchronize two redstone pulse inputs