What is this TRS-80 game with castle and maze-like walls?

What is this TRS-80 game with castle and maze-like walls? It appeared in this weeks Wired magazine and looks like a publicity shot. 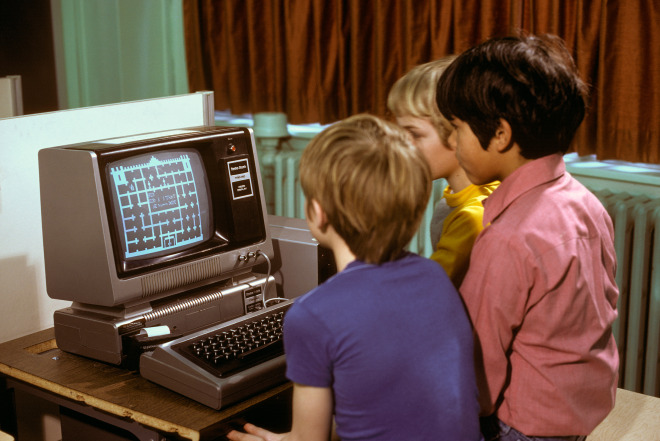 Ghost's Gallery is a graphics game for the TRS-80 for one or two players. A sixty room castle is drawn on the screen. To win, a player must capture the ghost with the key and get to the front door before the ghost or other player captures him.

A lot of great TRS-80 games have no images or YouTube videos.

Alright, so I did a ton of research into this.

1) I went down lists TRS-80 games, looked up screenshots from each game. None matched.

2) Reverse image searched it, only traced back to number stock photo sites.

3) Found a higher resolution image and searched for the text in the middle of the screen:

Which also turned up nothing.

4) Posted to identification subreddits, which refered me to /r/trs80.

5) Posted to /r/trs80, and no one there recognized it either. They suggested that it was something written in BASIC that was either expressly for the picture, or that it was written then never saw a release.

Honestly, I think it's safe to say that the game never existed as a purchasable game outside of this stock photo.