How does the sea change over time?

Various game messages in Sunless Sea allude to the fact that the sea might change as days pass. How does it change, exactly? 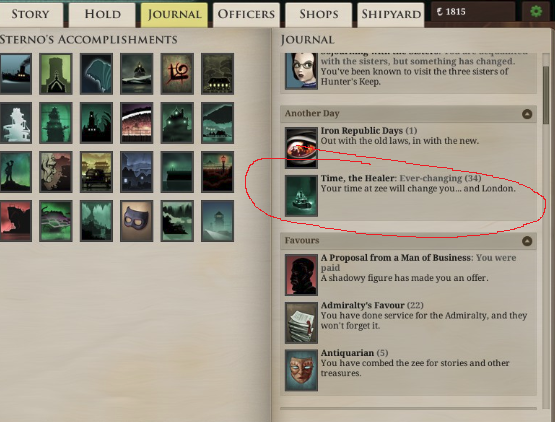 The only thing that changes is "Something Awaits You" which can cause random effects at various ports. Also, some ports have stories which progress as time passes.

But it's not like something "changes" in the sense you mean. Islands don't move. New stories don't appear out of nowhere. It's just flavour text.

There are a couple of things which trigger after you've spent a year at Zee, but they're not big events, mostly just related to a couple of officers, and nothing that will affect the game in any significant way.

There are some options on some islands that only become visible once your "Another Day: Time, the Healer" property is large enough. For instance (minor spoiler): 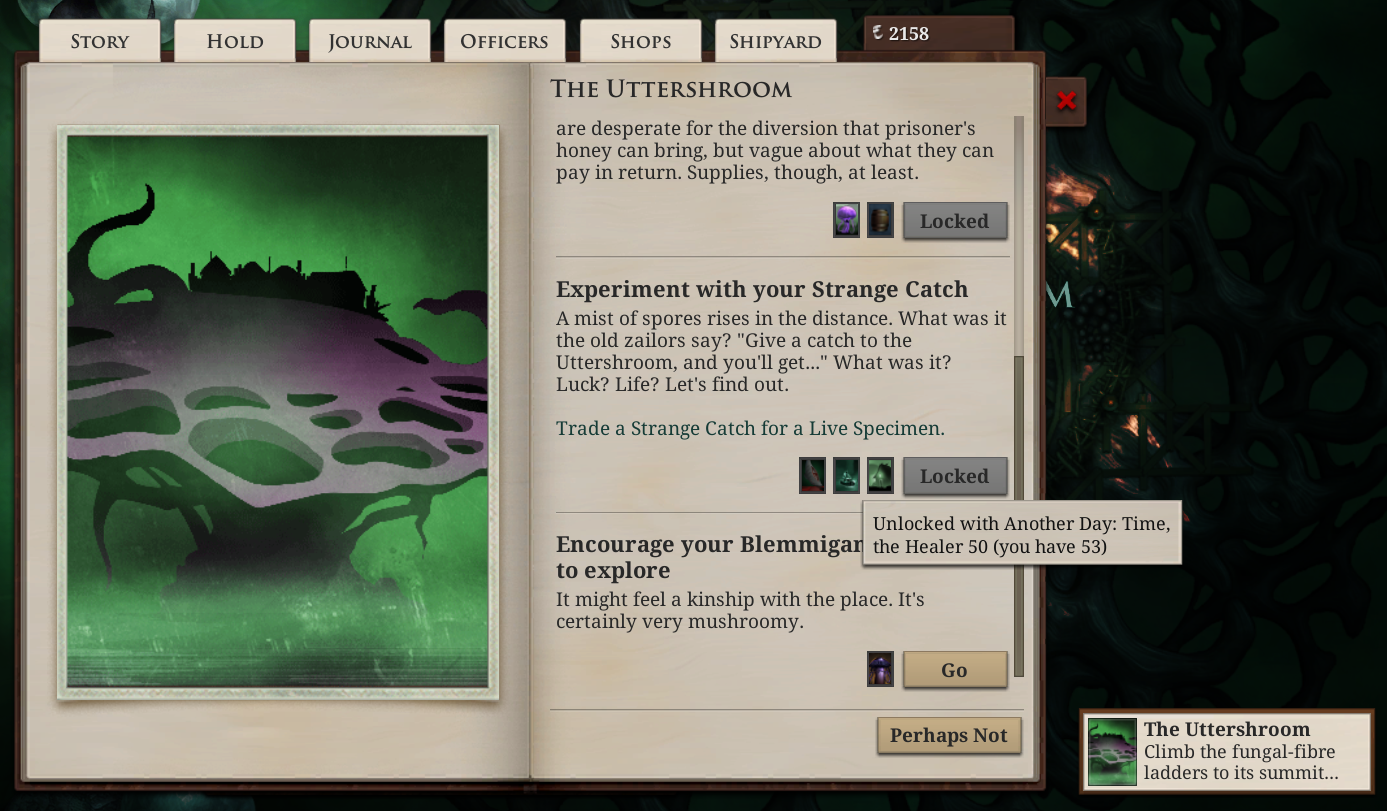 Not the answer you're looking for? Browse other questions tagged sunless-sea or ask your own question.

13
What's the most efficient way to travel with your lamp lit?
3
How does the game change as characters die?
21
How can I get started making money?
3
How and when do the sisters at Hunter's Keep change?
15
Please explain what's wrong with cannibalism
14
Why should I keep my soul, anyway?
4
How do you earn the "A Past Wreathed in Shadows" achievement?
4
What's the fastest way to gain Echoes in Sunless Sea with Zubmariner?
6
Is there any upside to terror?