How do I safely energize a hungry node without risk of degrading the node or worse?

Turns out, we have a lunatic on our server. He went and actually captured this thing, and has been feeding it ever since: 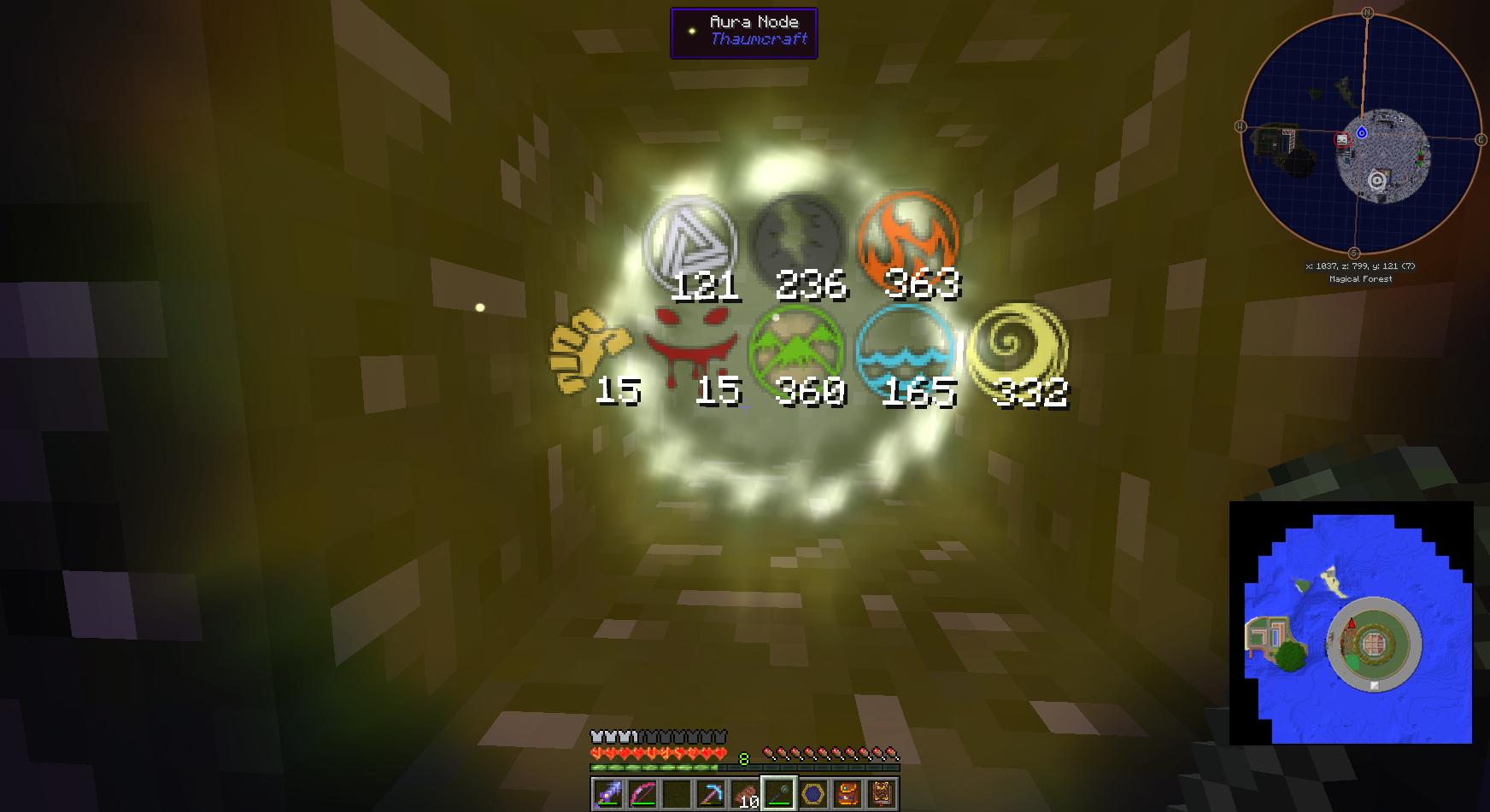 Yes, that's a hungry node that has been fed a steady diet of crafting tables and whatever random stuff dropped due to .. automation issues.

... how would one go from holding it captive to stabilizing and ultimately energizing it safely, in a manner that doesn't degrade the node? We're running 1.7.10 with the latest DW20 FTB pack.

Stabilizing and Energizing a hungry node is difficult because it will destroy the node stabilizer and energizer. The solution is to remove the hungry modifier of the node via. tainting it.

To taint a node the simplest way is to move it to a taint biome. Moving the node via a node in a jar has a chance to weaken the node, which you don't want.

The alternative way to do this is using blood magic. Blood magic has a block called teleposer. Because nodes are considered a block, it is possible to move your node to a taint biome with the teleposer without a chance to weaken it.

You can create congealed taint and simply taint your node with that.

This can also be done without tainting the node using AE2 formation planes, if you set them up a block above and below the node prior to placing it. You'll need two formation planes on top, and one on the bottom. You'll also need at least 20 stabilizers, energizers and redstone blocks in the system.

Using redstone cards on the formation plane, you coordinate placing the redstone block, then the energizer and stablilizer simultaneously. You will mess up at least 10 times, even at 20 TPS. All that has to happen is for the energizer to realize it has a redstone signal, and you'll have it, but it does take timing.

It's easier to just let the hungry node become tainted, but this will work if you have patience and hate taint.

Energize it the same way you would normally, BUT make sure it has plenty of other things to eat besides your machines (cobblestone and other useless junk). This will probably require multiple experienced thaumaturges to do, so get some friends to help..

Move the node into a tainted biome. Leave it for a few minecraft days and make sure to load its chunks. This will convert the hungry node from hungry to tainted. You can then move it somewhere else and surround it with ethereal blooms to prevent it from creating taint.

If you're willing to toss in an add-on, Thaumic Energistics has a Node Attenuator, which will stop it eating stuff around it. From there, you SHOULD (theoretically) be able to box in everything but the one ray that's pointing at it. You'll have to be quick on the draw with your wand, though to slap in the last glass block and hit it with the want to box it up.

11
How can I get out of the lava without dying?
3
How can I load chunks without circling around the world?
2
How to whitelist people without restarting the server?
7
How can I stop creeper griefing without changing the gamerule?
1
How to show XYZ coordinates without the 'Fn' key?
3
How to get to the .minecraft folder without the %appdata% short-hand?
6
What is the best way to feed a Hungry Aura Node?
1
How to run Minecraft Java without the launcher?