Why are my vassal bishops paying taxes to the Kaiser and not to me? 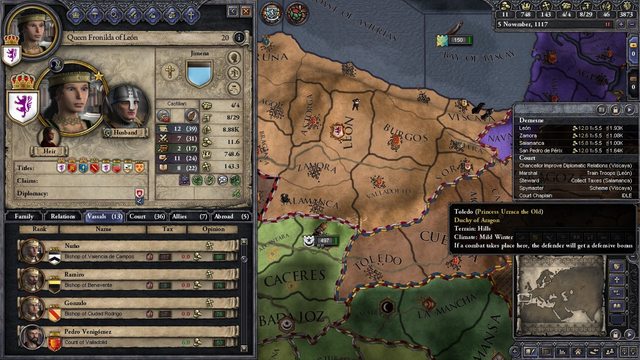 My vassal bishops are paying taxes to the Kaiser of the HRE and not to me, even though they like me significantly more. I can't understand why this is.

When the pope is a vassal of an emperor, bishop vassals pay taxes directly to the emperor, bypassing the pope; just as bishops pay the liege of an antipope rather than the antipope.

You can get the actual opinion of the vassal pope or anti-pope in a very roundabout manner. As you can see here, the displayed value is of Guilhem's opinion of the HRE Heinrich: 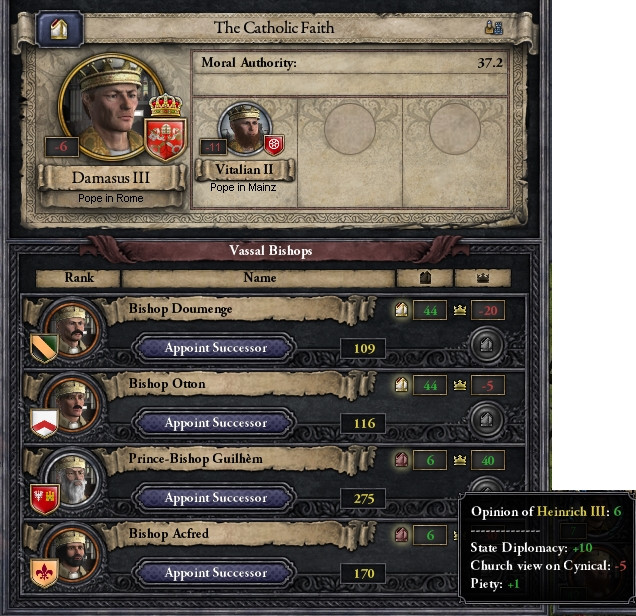 If we bring up the diplomacy menu of Antipope Vitalian and click on this button to bring up other's opinions: 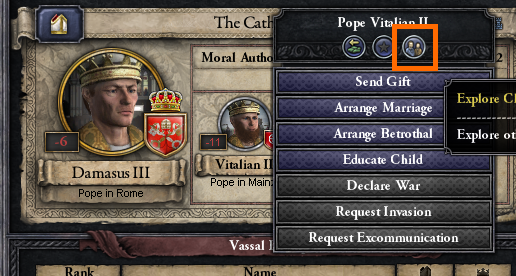 Then we can see that Guilhem's opinion of Vitalian is higher, and thus he is correctly paying his dues to Heinrich: 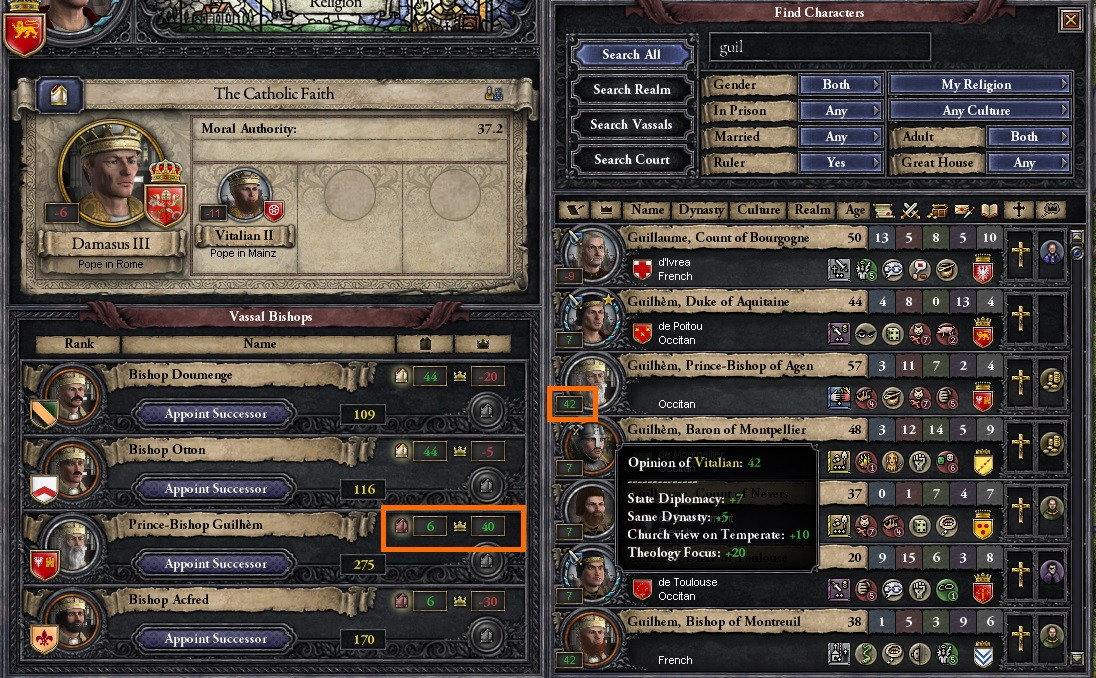 7
Does the bishop stats really matter?
5
Why are my vassal bishops paying taxes to the HRE Kaiser?
5
Why did HRE set up an anti pope when the pope is already a vassal?
2
How do I transfer ducal vassals to a viceroy?
2
How can I raise the Centralization level of my Petty Kingdom?
4
Pressing claim on an Empire
11
Why does my monthly balance stay the same when raising taxes?
1
Press 3th party claim and have them become a vassal?
5
Vassals not paying tax
4
Why can't I make the HRE elective?