How much health do each of the zombies have?

With the main question in the title, I would like to know how to better balance weapon durability and kicks when fighting various enemies, especially the larger ones that can take a lot of hits.

Basically I would like a table of health values, could be absolute or relative, so I can avoid situations where I would be using a weak kick a thousand times vs. ten times, or wasting weapon durability on an easier enemy.

Going by many names in the community, these zombies have two modes. During the day they stagger around, almost no threat at all, and during the night they get a bit faster, meaner, and higher in number. In either case, they have little health and their AI is very simple - stagger, moan, and stagger towards any noise.

You can deal with them by either bashing them in the head for a quick kill, tearing them limb from limb (various parts of their bodies can be broken while they are still moving), or just beating them senseless. Firecrackers, grenades, anything that makes a noise will drag them away from where they're standing if you'd rather go the non-violent route.

At night, they become more numerous and can climb better. Generally, unlike virals, they will only climb up something about waist high or higher during the day and at night they may "transform" into having the same capabilities as a viral and appear in greater number.

They cannot go through water and they will rarely "climb" on anything, so you can escape them via water, climbing, staying on the rooftops, etc. During missions, when they're unavoidable, any kind of explosion (a gastank or a bomber) will finish them off, or even a grenade. Molotov Cocktails are also cheap ways to get rid of hordes of them. 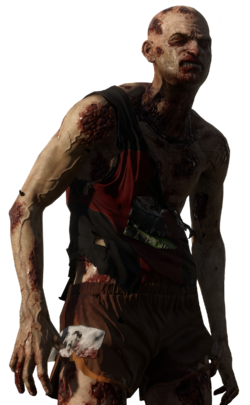 The same exact AI as the zombies above, but they have a gas tank on the back. Shoot or damage the gas tank and they will explode. This is effective in missions when you're usually given a large group of zombies and need to clear them quickly. In this scenario, you may want to throw a firecracker down to group them up, then shoot the tank on their back to explode all of the enemies.

If you melee it, strafe around and hit the tank, then run. It'll blow itself up.

THE TANK MAKES A NOISE, so prepare for virals if out in the open. 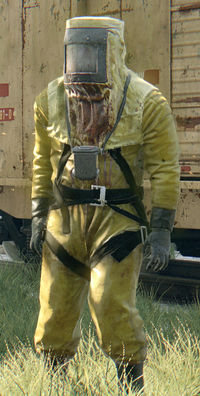 These kind of zombies come to any noise you make outside and will compose the vast majority of the nighttime walking dead. They're super fast, they look like runners (because in the lore they're the freshly undead), and they're REALLY annoying to deal with in larger numbers. Anyway, if you make a noise outside, one may spawn. If it doesn't see you, throw a firecracker and it'll distract it for the stealth kill.

If fighting one, use quick agile weapons because they can move around you very quickly. Don't be tempted to make more noise, the game has no problem spawning more and more of the things. On missions, it's best to try to kick them off of a ledge or just deal with them as fast as possible.

Virals DO NOT SPAWN during interior missions and DO NOT climb skyscrappers / spawn on skyscrapers. You can make as much noise as you want during an interior mission (where you press and "hold" to enter) or while above I'd say 4 or 5 stories.

These zombies show up depending on where you're at in the story, starting with the goon appearing in the prologue, and shortly afterward the bolter and toad show up. They will each usually have an introduction in the storyline and you'll be given a sample one. If any of them kill you, hints will display on dealing with them, and if you reload from a checkpoint, they usually will not respawn if you've taken them out.

A special note, all of these are loud and will generally spawn a viral (if you see a noise beep on the minimap, they will often summon one).

The first special zombie you'll see, they have the same AI as the regular undead, but they swing a giant sledgehammer when you get close to them. There are a few ways to deal with them. In the open world they're easily ignored. You can also use their hammer swings to deal with other infected. You can bait their hammer swing then move in behind them for some quick strikes. Finally, a molotov will take them out along with firearms. 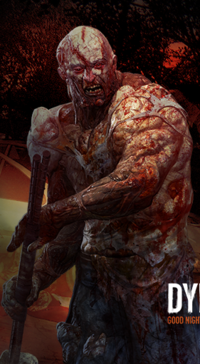 Special resource zombie, only appears at night in specific areas. Sneak up behind it to kill it then loot the flesh sample for rare resource crafting. The game will send you on a mission to collect one. You can gun them down (the easiest) once they start running, but volatiles / virals will be on you like crazy, you'll either need to loot and run, be near a trap to spring, or throw a flare down.

They have a ranged attack that you can easily dodge, if you see them. Only two ways to deal with them, wait until they "fire" their spit attack, at which point you can take them out with a few melee hits, or shoot them (in a mission) or use a throwing star (outside of a mission). They won't dodge. 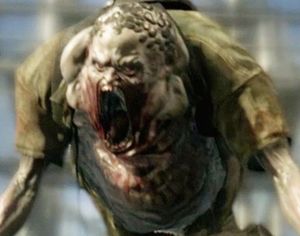 Like the suicider in Dead Island, the Bomber is an annoyance and high risk zombie that the game puts in to keep you on your toes. Often times they appear coming out of doorways or around corners and your first instinct is to hit them (which results in an instant explosion). Otherwise, once they see you, they will run toward you and then pause to explode (giving you very little time to dodge) or if they see you but can't reach you, will explode on the spot. They don't climb (I didn't see any climbing in my full playthrough) and are usually placed in spots such as safe houses once you secure them (for no reason), in missions around corners and as a surprise in the hallway, or used as a way to explode other nearby zombies.

Their explosions up close are fatal and will wipe out large amounts of infected if they're caught in the exploding radius. The best way to deal with them sometimes is to let them explode, reload, and hope that the game didn't bother to respawn them (on PC it never respawned a bomber).

These are boss type enemies that the missions will generally spawn. Get up close enough to it to make it want to charge you, allow it to run into something / get tired, then hit it. Rinse and repeat. 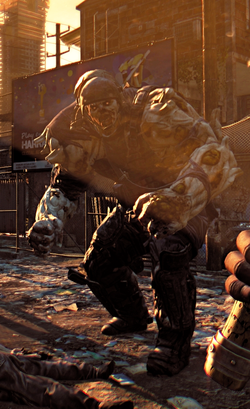 They appear only at night or in specific missions. They will hunt you once they see you until they lose line of sight. They're super strong, super fast, and their only weakness is to UV light. The only way to deal with them at the start of the game is to run, hoping to catch up to some kind of trap to knock them out. Later in the game you can deal with them by setting them on fire (molotovs), the UV flashlight, flares, and firecrackers when they haven't spotted you.

Later in the game, any high powered weapon with big damage will take them out in a few hits, in addition to using the grappling hook to get away from them faster. Escaping them at night gives you extra agility bonus.

I've never seen a screamer out in the open except in the Old Town interior areas, but they do appear in missions in the late game. This childlike zombie will scream and blind the player, drawing all undead to its position. You can deal with it either by sneaking up on it and "quieting" it or using a ranged weapon to take it out before it screams. Once it has started screaming, your main priority should be silencing it. 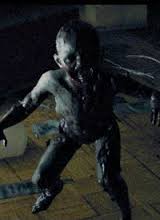 These are the infected you'll run into in the city of Harran! Good luck out there.

Extra reading and watching, Kotaku Gamespot and of course Steam it self.

Sources: Wiki and of course Tenton

There're no official information given about the amount of health each kind of zombie has and after my second playthrough i think there wont be any information soon because it seems like the zombie-catergorys got a range of health points (i.e. biters could have something between 1 or 1000hp [i just took random numbers for this]).

Not the answer you're looking for? Browse other questions tagged dying-light or ask your own question.

3
How much damage does a kick do?
0
Why does the prompt "You have unspent skill points" constantly pop up in Dying Light?
1
How many quartermasters are there in the slums?
2
Dying Light the following: How to beat the Mother in final battle?