Cameo appearances by the co-op characters?

Somewhere in Chapter 8, possibly a test numbered 15 (I can't exactly remember now), another chamber (to the right as you enter) gets ripped in half, and for a short while you can see P-Body (the orange co-op bot) standing near the exit, after a short time it spins and leaves. 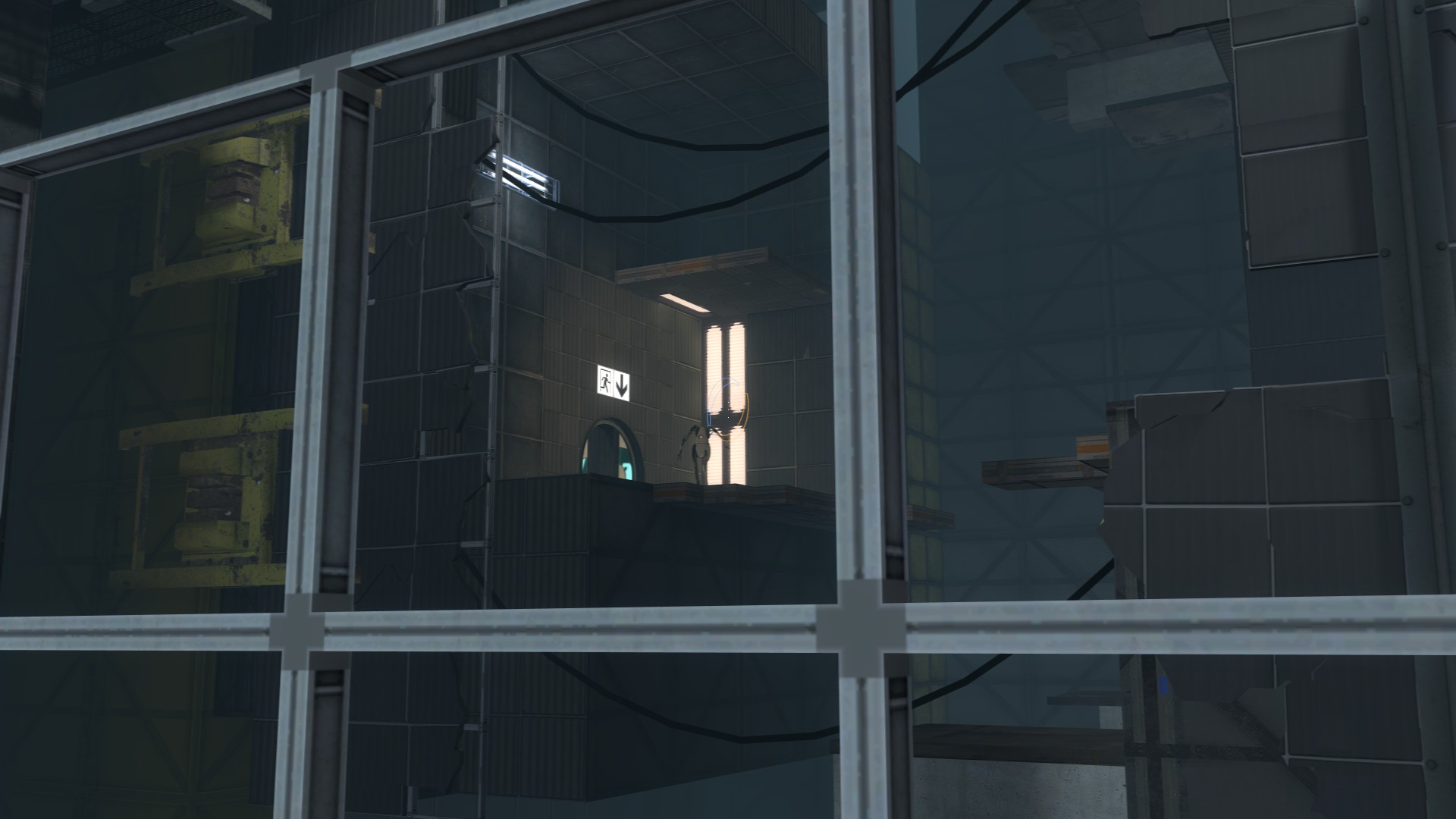 Are there any other instances of either co-op bots showing up in the single player campaign?

That's the only appearance of a single co-op bot.

The co-op bots live around that place, near GLaDOS/Wheatley, so you won't easily see them in other places that are far away. GLaDOS has built them at some point, Wheatley discovers them. Atlas might be too dumb to walk around Portal 2 chambers; as P-Body is a better version of Atlas, he is probably the only one that manages to do this.

Both co-op bots are seen in the last level, when you have kicked Wheatley of his throne.

The following quote is an answer to @RavenDreamer, an in-game commentary about Atlas:

[Christen Coomer] If the Orange bot is the Odd Couple's Felix, then Blue is Oscar. Blue was meant to be an early and rather rough prototype robot--representing GLaDOS’s first attempt at making a bipedal testing bot. Compared to the sleek lines of Orange, he is much less elegant. For motion inspiration, we looked to some of our favorite real life robots, such as the Big Dog robot from MIT and the towel-folding robot from Hitachi.

You can also see the results of this in the co-op.

GLaDOS has a preference for P-Body, seen in the way comments are made and points are given.

They do show up in the ending movie before the credits. They, and GlaDOS are looking at you before GlaDOS gives her little speech about how hard it is to kill you and deletes Caroline.

This is definitely the only appearance. In fact, once you finish this chamber, Wheatley mentions how he has found two perfect replacements for you. GlaDOS confirms this claim and says that he must have found her cooperative training initiative.

19
Does the order of playing the single player or co-op campaigns matter?

48
What are the lyrics to the Turret Opera at the end of Portal 2?
29
Does GLaDOS hate Atlas, the blue robot?
11
Is the last developer commentary reachable?
4
Where do you hear The National?
44
What's the story behind the drawings on the wall in Portal 2?
18
What do the numbers in the end credits mean?
19
The Lone Turret
23
What is the story behind Chell?