What do the dialogue in the “visual novel” monsters mean and what do they allude to?

In Hyperdimension Neptunia Rebirth 1, there are monsters that resembles typical visual novel dialogues. They look like these: 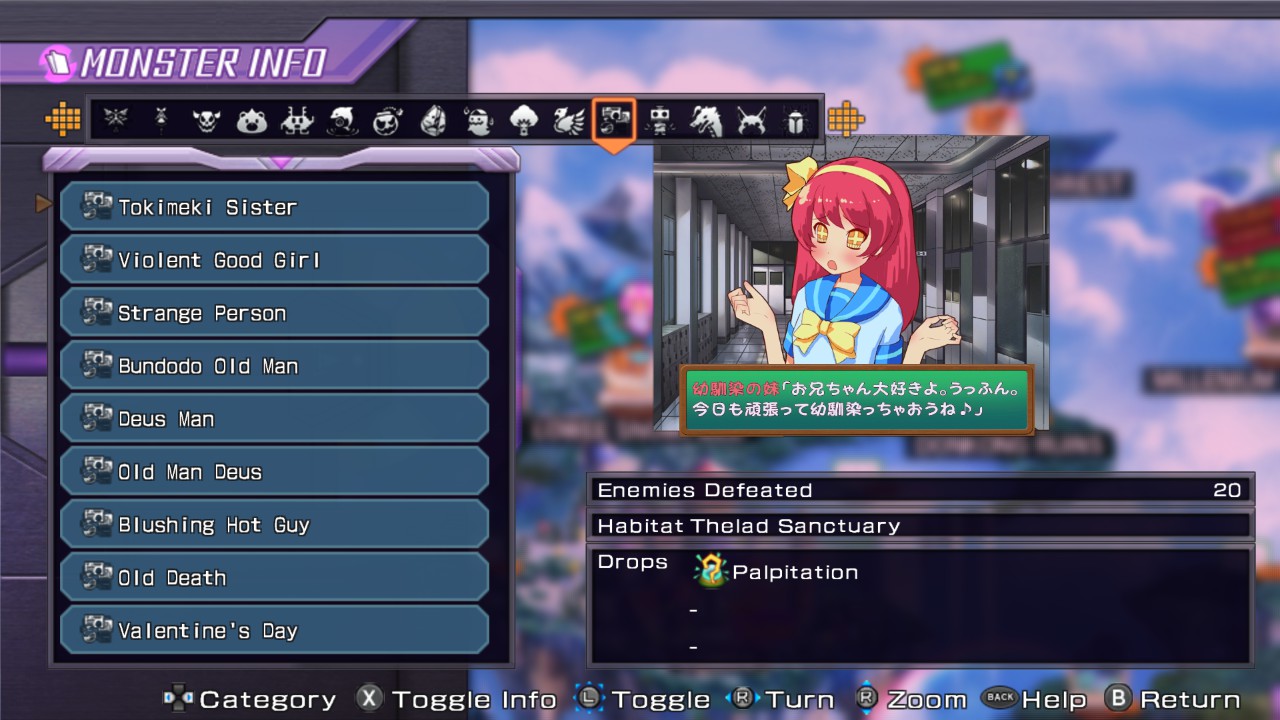 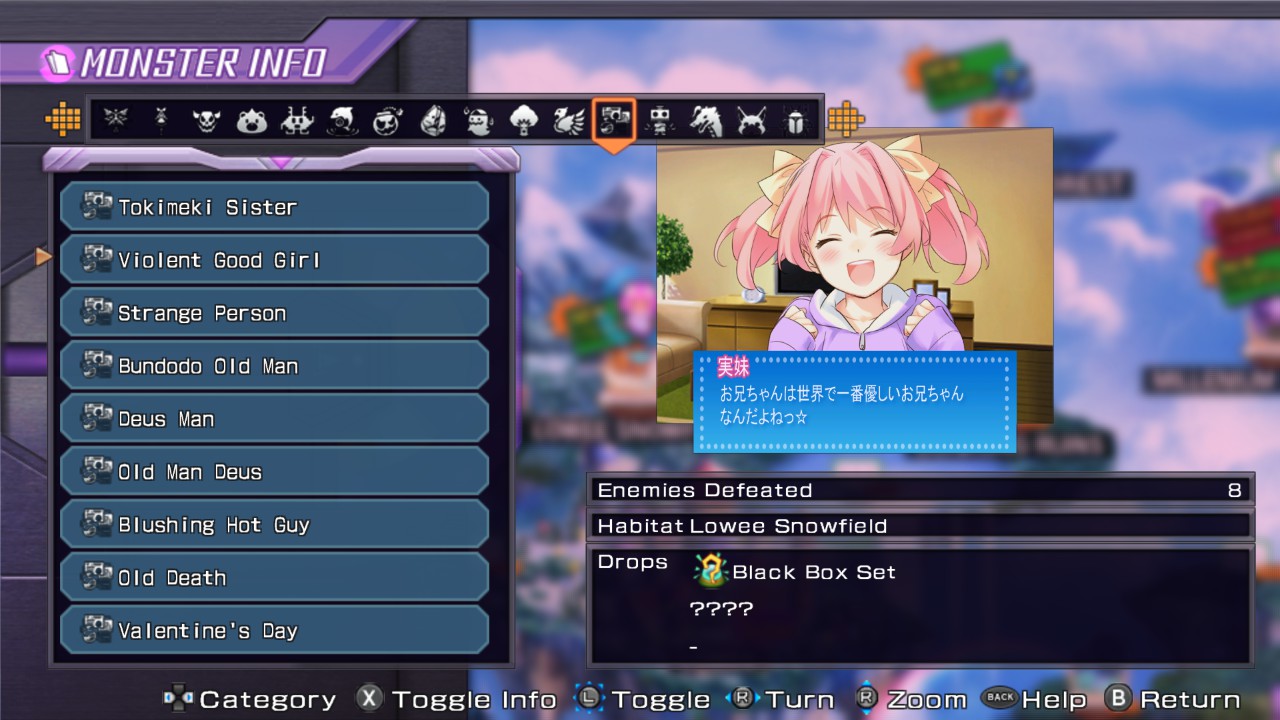 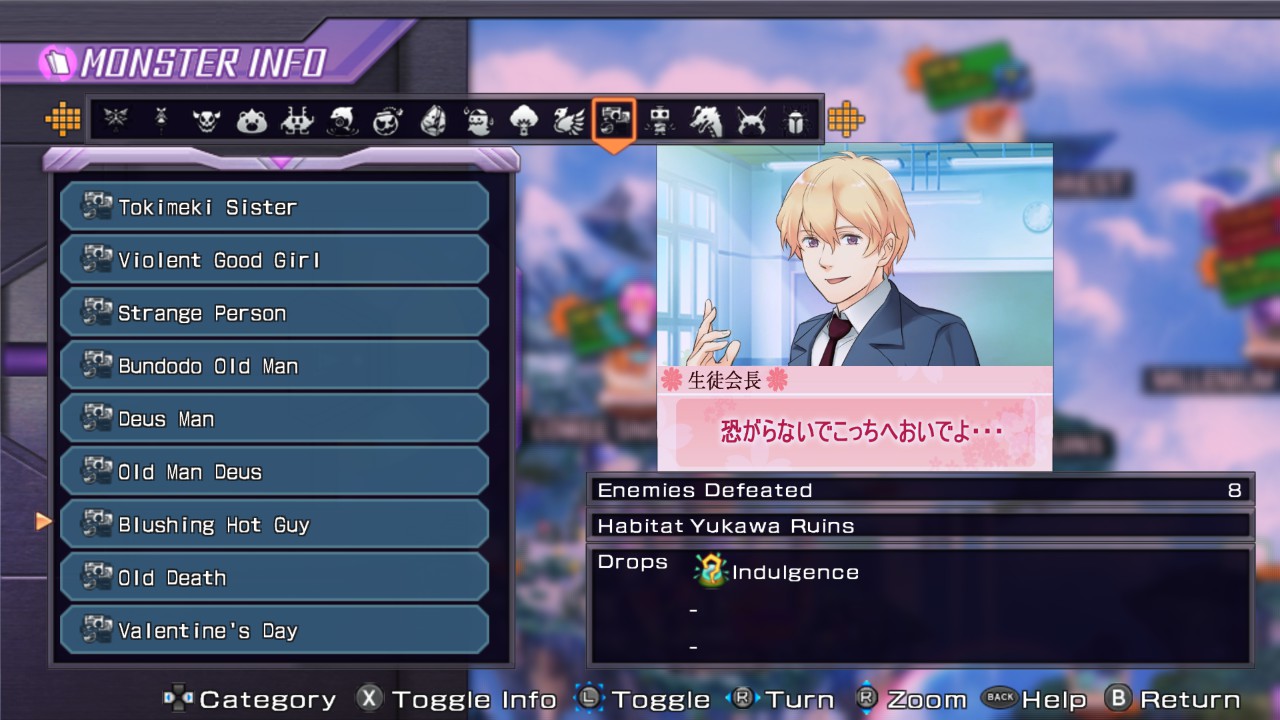 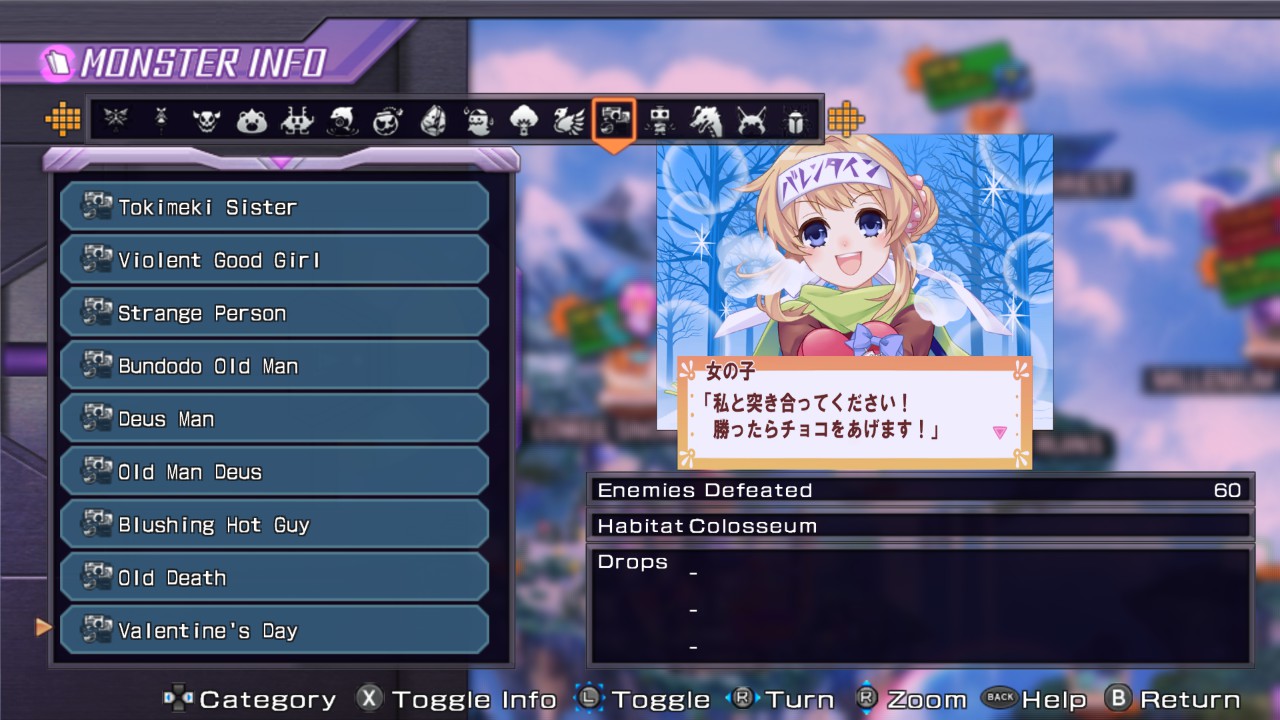 What does the text box dialogue mean when translated to English and which visual novels do they refer to?

Since no one has offered a better answer yet, I'll turn my comments into one.

First a translation of the dialogue. My understanding of Japanese is very poor, so I'll just quote ToInt32's translation posted on GameFAQs:

Tokimeki Sister: A childhood friend's sister says "I love you [brother]. Teehee. Let's do our best again today to build our relationship"

Violent Good Girl: Younger sister says "My brother is the nicest in the world!"

Valentine's Day: Girl says "Let's compare!! If you win I'll give you some chocolate!"

Notably he's unsure of the translation of the last one. There might be some word play going on there.

As for the games referenced by these monsters I've only been able to figure out one of them. The name "Tokimeki Sister" is a pretty obvious reference to Tokimeki Memorial, and the girl pictured looks very much like Shiori Fujisaki the most popular and well known character from that game and the franchise it spawned. The green background of the text box also appears to be taken from this game, as this screen shot I found on GameFAQs shows: 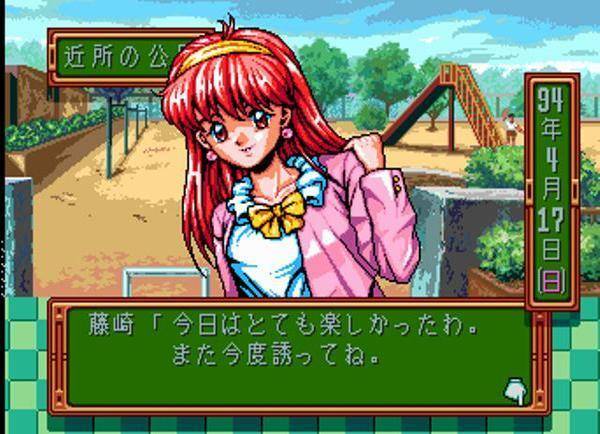 The background of the scene is also what looks to be a typical Japanese high school, the same setting of Tokimeki Memorial. By the way, the item "Palpitation" dropped by this monster is a translation of "Tokimeki". In this context the word is a reference to the palpitations (throbbing, loud beating) of the heart felt when falling in love.

As for the other monsters I strongly suspect they're not actually references to any specific game. Instead I think it's more likely they're references to common types of characters and/or Internet memes.

It's apparently lost in the translation to English, but a Japanese Wiki for this game apparently explains that the "Violent Good Girl" monster in original Japanese version was a reference to an obscure(?) Japanese meme, one that is ultimately an indirect reference to the 1985 American film Commando. In the original version this monster's name is スネグアヨイコ (Suneguayoiko) which when you reverse the order of the Japanese characters becomes コイヨアグネス or こいよアグネス (Come on, Agnes). According a Japanese site I found the name Agnes in this phrase refers to Agnes Chan, a pop singer and UNICEF Goodwill Ambassador for Japan, who campaigned against child pornography (Warning: possibly NSFW link). This phrase is derived from a catch phrase taken from the movie Commando, こいよベネット (Come on, Bennett), which is was apparently popular meme fodder on Japanese sites like 2Channel.

The other two monsters I guess are references to common archetypes or scenes. Either that or they're references to something very obscure. The "Blushing Hot Guy" monster is called テライケメン (Teraikemen) in the original version, and this is apparently the name of some sort of handsome male archetype in Japan. The scene depicted by the "Valentine's Day" monster, where a girl is giving chocolate to the player on Valentine's Day, is one that could occur in all sorts of games. It's a tradition in Japan for girls to give chocolate to their boyfriends on this day. On the other hand, the headband (a hachimaki I guess) reading バレンタイン (Valentine) is unusual. Given the competition implied by ToInt32's translation, this might be reference to something more specific like a cooking battle mini-game or an idol training game.

Finally to help out anyone who wants to do their own translations I've included my transcription of all the Japanese text in these monster's text boxes. You can also use it to see how laughably bad Google Translate is at translating Japanese to English.

Not the answer you're looking for? Browse other questions tagged neptunia-rebirth-1 or ask your own question.

4
What are the default keybindings, and how can I change them?