I'm playing Half Life 2 on The Orange Box for the Xbox 360. I'm in the "Highway 17" section, and at some point while driving along the sand, my buggy got one of it's wheels "stuck" in the ground. Here's a screenshot: 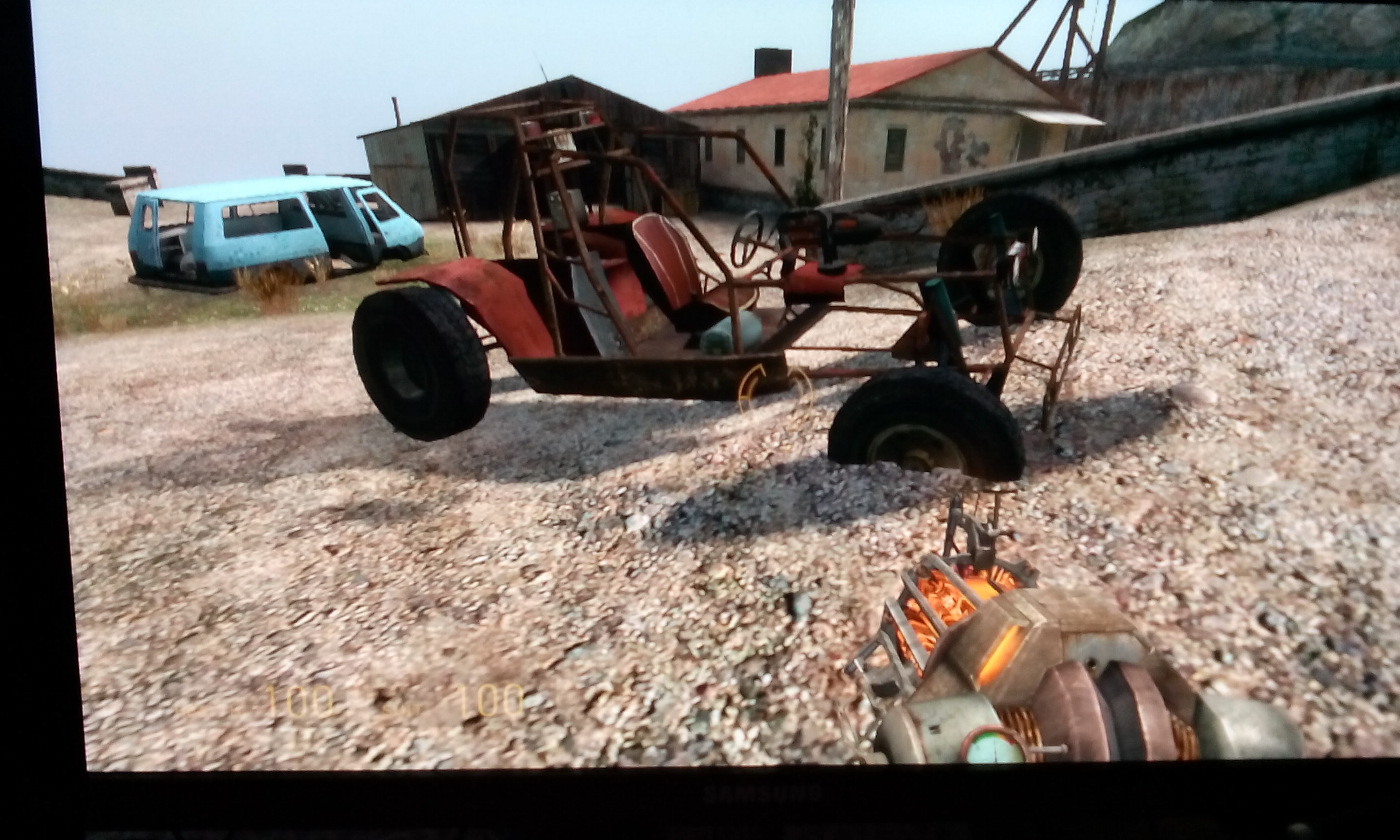 It got stuck somewhere shortly before the base where you have to shoot down the airship with the rpg. I literally used the gravity gun to push it along to that base. Now I can't get it from the soft ground onto the road to continue. Here's another screenshot: 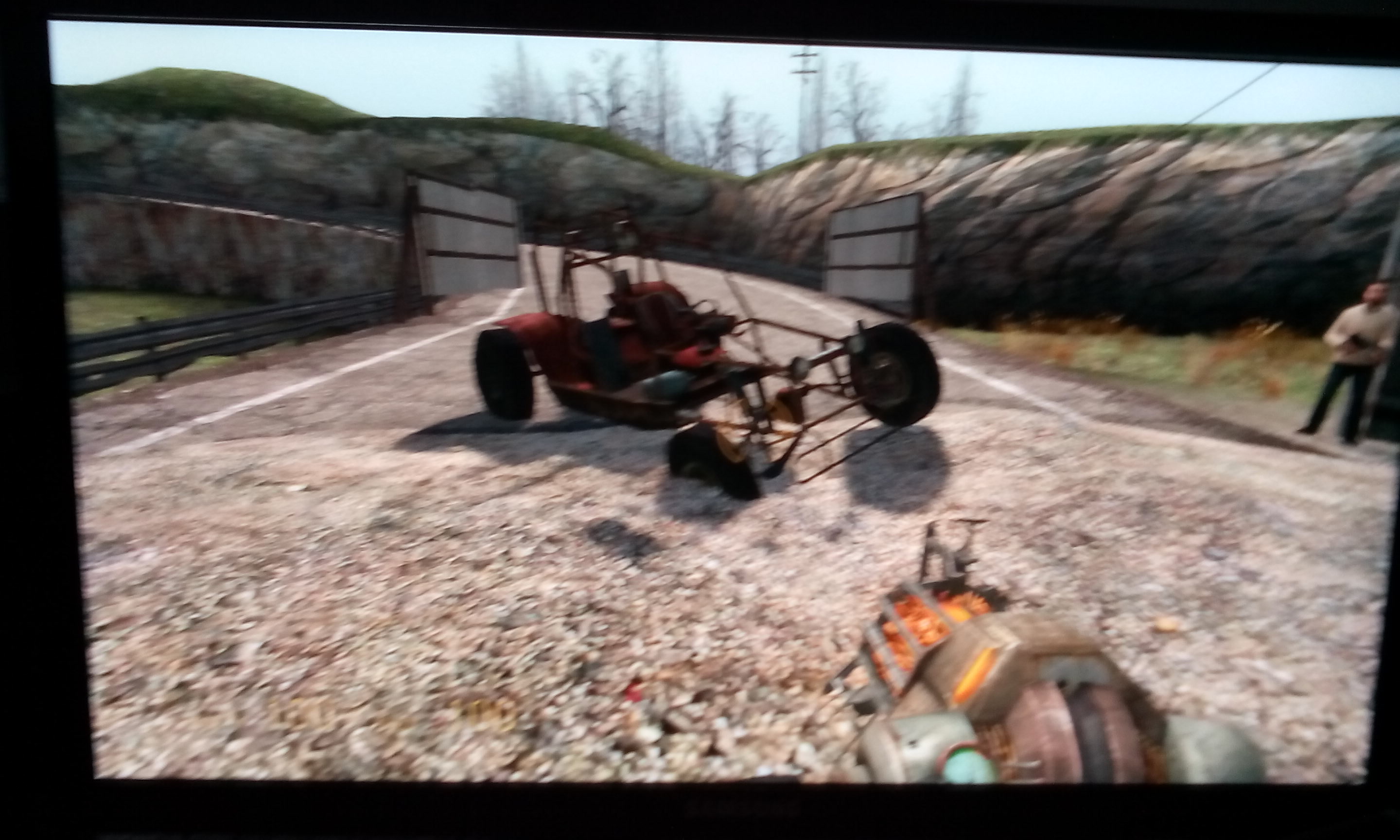 When I try to push it onto the road, it does all kinds of flips and craziness, but that wheel never comes out of the ground.

None of my save files go back far enough before this bug happened (I feel stupid). What do I do?

I just tried walking back all the way to where I originally got the buggy, and that didn't help. I didn't really think it would, but it was worth a try.

I started a new game, starting at the beginning of that "Highway 17" Chapter, and for a while, things were good. But once I got to the area right before the airship base (there's a Combine controlled house, where the three guys are outside at first and are easily dealt with with the buggy gun, and a rowboat hanging from the ceiling inside), where if I went into certain spongier parts of the beach it happened again.

Start a new game, beginning at Chapter 7. You're started with all the same guns, and everything will be fine.

Just be sure to watch out in the area right before the airship base. There's a Combine controlled house, where the three guys are outside at first and are easily dealt with with the buggy gun, and a rowboat hanging from the ceiling inside. After that house, go as quickly and directly to the next base as possible, avoiding the softer sand. That's where it consistently happened to me.

Not the answer you're looking for? Browse other questions tagged xbox-360 half-life-2 or ask your own question.

4
I am trying to play Rock Band 3 with 2 wireless mics and cannot see the last one that connects
2
Is the FH2 Wheel Spin feature only for Xbox One?
7
Is it possible to use an Xbox One and 360 controller at the same time in PC games?
2
Are there differences in graphics between the Xbox 360 and Xbox One?
1
What file systems are used on the Xbox 360 and Xbox One? And is there any PC program that will let me see the drive on Windows?