TF2- how to deal with Roof Wranglers

A Roof Wrangler is an engineer that uses the Wrangler to jump up to a high point--e.g. the roof above the Sniper area on ctf_doublecross-- 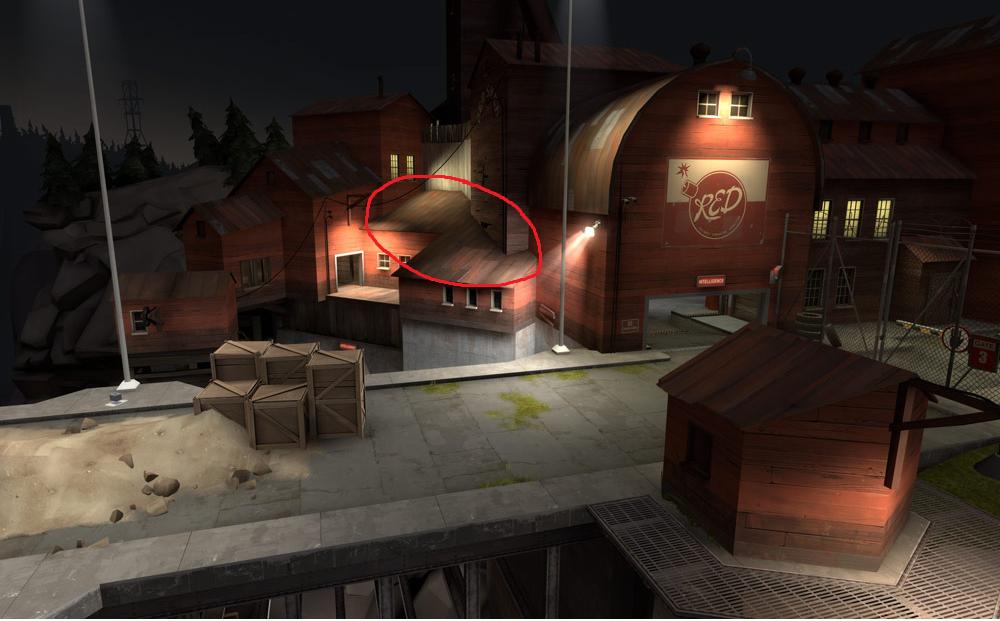 -- use his Rescue Ranger to get his sentry, dispenser and teleporter on the roof, and proceed to Wrangle everyone from afar (usually accompanied by a second Engineer).

Another example of where this occurs is in cp_5gorge: 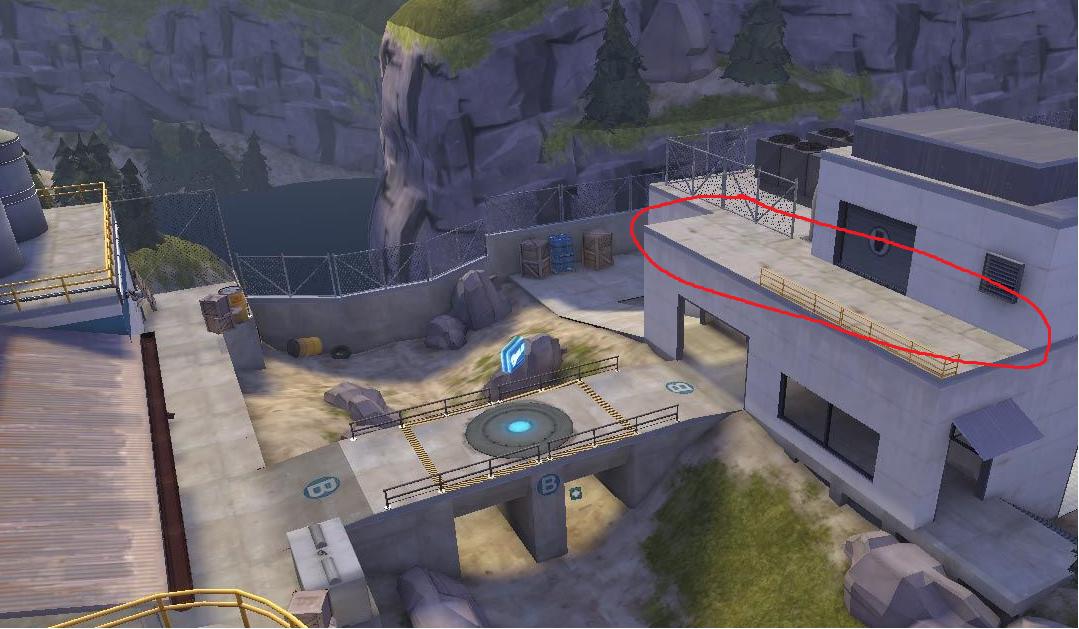 Now, there seem to be no ways of countering this behaviour:

In the case of ctf_doublecross, Roof Wranglers become even harder to take down when they are on the enemy's roof (e.g. in the case of the above picture, a BLU engineer Roof Wrangling onto RED's roof).

Now, what is an effective way to deal with these Roof Wranglers?

The key to taking these down is teamwork (although admittedly there is little of that on TF2 nowadays). The best way to do it by far is a combination of spy, soldier and demoman.

Step 1: The spy disguises and enters the teleporter.
Step 2: The spy saps the engineer's stuff.
Step 3: (This should happen as soon as the spy exits the teleporter). The soldier and demoman come out and begin firing at the sentry. The sentry should be sapped by now, so the solly distracts the engineer(s) while the demoman launches stickybombs.
Step 4: Explosions!: The demoman detonates his stickies while the solly continues firing.
Step 5: Everything is destroyed. You can continue eating sandwiches and showing off your cool new hat.

It should also be noted that (as with everything else on this game), more players = greater chance of success.

First, reference this old but useful set of strategies for dealing with any sentry nest. Some of the advice won't be applicable due to how difficult it is to reach, but it should help guide you in the correct path.

Ideally, you will be working together as a team to take down the sentry nest - which means spies taking the engie's teleporter to sap/backstab, spam from demomen, soldiers and heavies, snipers headshotting the engineers, scouts bonking to distract or force the engine to wrangle his sentry, your engineers wrangling their own sentries to attack the nest, and pyros airblasting rockets back for additional damage, while your team also keeps the enemy repelled. While medics provide support with ubers.

Getting every member of your team to commit to this is difficult enough when the entire rest of the enemy team is fighting you, to say nothing of trying to get it organized in a public server.

On a team that has coordination, you're going to want to devote at least half of your team to keeping the enemy offense distracted while you take care of their 'impenitrable' defense. Scouts and Pyros are better suited for distraction, and can definitely be spared while putting your attack together. While Snipers can attempt to headshot pretty much anyone they like, or if there's no enemy to headshot, aide the spam to destroy the sentry nest. The Heavy can also focus on the enemy team, since his minigun spread means his bullets mostly won't reach the sentry nest.

On a public server, barring some miracle, you'll mostly be on your own. The spy is best suited for taking care of this nest, but if the Engie is smart and destroys his teleporter once he's up there, there's no much a Spy can do to help.

Snipers should of course be sniping at the Engie, though if he's turtling his head might be guarded. You can try to snipe at some of his equipment, like his dispenser, to get him to switch his focus to make his head pop out.

Spam as a demo and a soldier is always helpful. The Lock-n-Load and Direct Hit are ideal if you can get a clear shot, but the regular grenade launcher or a splash-frinedly rocket launcher are better if you can't get a bead on him.

And of course a heavy can help, though the minigun spread is going to make hitting his equipment much harder, and might be better off trying to keep the enemy team at bay.

Overall though, the main thing you want to do is at least try to take it down - if you start trying to take the nest down, it'll encourage other teammates to try as well.

49
What is a good strategy to deal with lots of engineers turtling on the other team?

17
How do I avoid TF2 servers loaded with bots?
2
How do I deal with turrets as a Scout?
10
How can I deal with Scouts as a Medic?
7
How to airsuck and deal with airsuck?
8
TF2 stutters with high FPS, low ping
1
Odd mouse issue with TF2 on OSX
1
How do I save TF2 Demos?
1
I need some help with some TF2 controls for PC